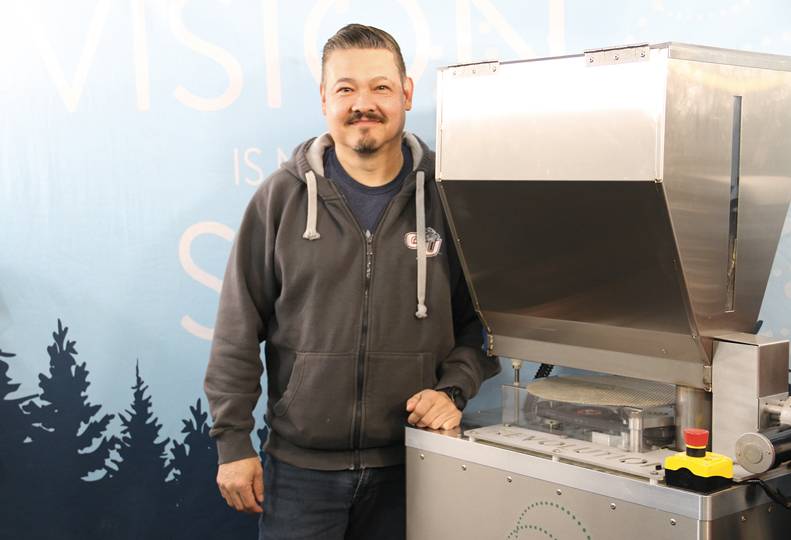 “Essentially, the Revolution Sub-Zero is a reimagined and slightly redesigned version of our Revolution 2.0 grinder,” she says. “We identified, through general industry information, that there’s a need to be able to process cryogenically frozen flower.”

“By cutting it down, trimming it, and putting it into a cryogenic machine right away to freeze it, the difference is that you’re not giving it much time to degrade,” Ferranti says. “That’s why companies are doing it. They want to be able to retain as much of the natural chemical compounds in the plant as originally was in the plant when they cut it down.”

Ferranti says STM Canna has been expanding. The company’s revenue grew by about 17% in 2020, compared with 2019 revenue.

“The demand is growing for us as more and more states come online,” Blackerby says. “We’ve had quite a few do that this year, and the outlook is looking pretty good for other states, as well as federal legalization.”

Blackerby says the company also has been increasing its international sales over the past few months.

“We’ve sold to (companies in) a number of countries -- the U.K., Israel, and Australia. We just sent a shipment to Poland,” he says. “And we’ve had clients in Canada since the beginning.”

Ferranti says STM Canna employs about 30 people; there were about five employees when the company started. Blackerby says STM Canna intends to hire about 10 additional employees by year-end.

STM Canna is headquartered at 5517 E. Trent. The company also occupies about 13,000 square feet of manufacturing space at 3030 E. Trent and conducts research and development at 7826 N. Market.