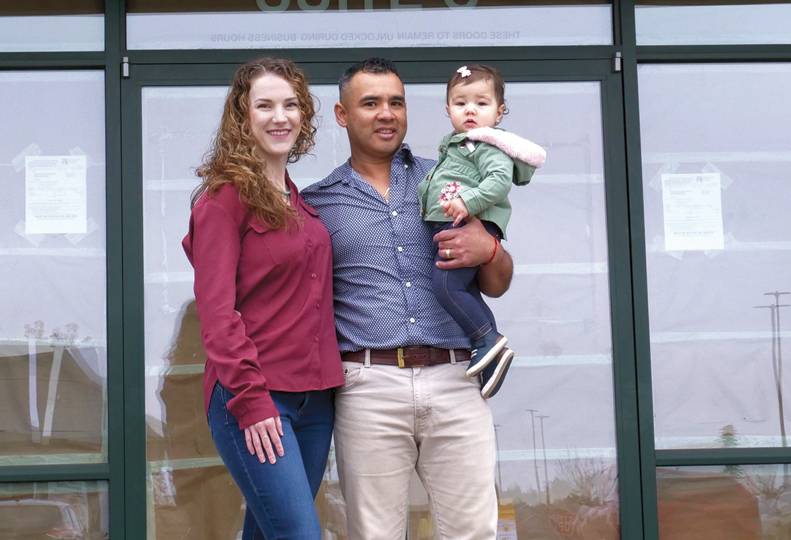 A Mexican restaurant featuring seafood dishes is expected to open this summer in the Sundance Plaza commercial development on Indian Trail Road, in northwest Spokane.

Gonzalez, a Panama-
born, 20-year veteran of the Spokane restaurant industry, says he wants to bring Hispanic culture and food to the neighborhood. Gonzalez is working on a menu that will include Peruvian-style and Caribbean-style ceviche—a type of seafood dish made from fresh raw fish cured in fresh citrus juices—fried plantains, a shrimp and chili dish called aguachile, and traditional arroz con pollo, or rice with chicken.

“We’d like a small menu with good drinks and something unique, something you can find only in our place,” he says.

Beverages will include margaritas, Mexican-inspired cocktails, and some imported Mexican beers. The drink menu will feature the beverage the restaurant is named for, the cantarito, which is a tequila-based cocktail that can contain grapefruit and orange juice and grapefruit soda and is served in a clay cup called a jarrito.

Michele Gonzalez, who is co-owner and is married to José Gonzalez, says they chose a space surrounded by residential neighborhoods with the intent of enmeshing the restaurant into the community.

“So many people have told me that the thing they love most about José is that he really makes them feel like family,” Michele says. “That’s why we wanted to open in a more residential area that can be home to a family-friendly restaurant, where we can support building a community and keep the feel of being part of a family.”

José says he started working in a Mexican restaurant here in 2002, about a year after he arrived in the U.S. He worked in every role, from dishwasher to server to manager.

The 1,250-square-foot space was previously an Island Sun Tanning and Spa. The couple has hired AJ General Construction Remodeling, of Otis Orchards, to complete remodeling work valued at about $60,000, including adding three walls to create a kitchen space.

José says he hopes the restaurant is successful enough that he can expand Cantarito into the adjoining space.

Spokane chef Adam Hegsted is preparing to open a French restaurant in the former Casper Fry space, at 928 S. Perry. Restaurant Française is set to open May 31, according to a press release. The menu will include dishes such as croque madame — a ham, cheese, and egg sandwich — duck confit a l’orange, French deep-fried pastries called beignets, and caviar deviled eggs. Hegsted is owner of Eat Good Group, which owns and operates a handful of Spokane restaurants, including Gilded Unicorn, Incrediburger & Eggs, and The Yards Bruncheon. Eat Good Group’s head chef Aaron Fish will oversee Restaurant Française’s kitchen. The restaurant initially will employ about 17 people.

Wichita, Kansas-based Freddy’s Frozen Custard & Steakburgers is seeking to establish a presence in Spokane. Andrew Thengvall, the brand’s chief development officer, says Freddy’s is eyeing the Spokane market and hopes to add franchises here. “We’re looking for multi-unit operators,” Thengvall says. Freddy’s, which has 435 locations in 36 states, is targeting the Spokane area for its growth and demographics. Thengvall says that ideally, Freddy’s will establish at least one location in the Spokane area by 2024. Freddy’s was founded in 2002 by brothers Bill and Randy Simon, their father, Fred Simon, and restauranteur Scott Redler.