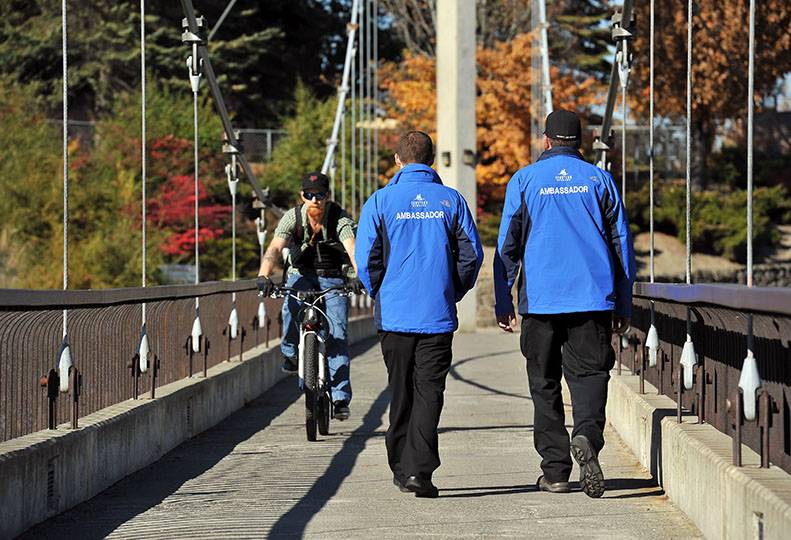 In the wake of the forced resignation of Spokane Planning Director Scott Chesney last month, city leaders and board members of two downtown groups are struggling over personnel and contract fulfillment expectations related to the downtown Business Improvement District.

Ben Stuckart, Spokane City Council president, says issues came to a head when Jan Quintrall, Chesney’s former boss and head of the city’s Business and Development Services, demanded the resignation of Mark Richard, president of the Downtown Spokane Partnership, and threatened to pull the Business Improvement District contract from the DSP.

Stuckart says he learned of the issue when he was approached by a DSP executive board member who questioned whether Quintrall had the authority to actually pull the contract from DSP.

“It would have taken the City Council canceling the current contract with BID,” Stuckart says. “And the BID assessment contract doesn’t run out until 2015, so we would have had to have taken some pretty extraordinary measures to do that.”

Quintrall, however, says she didn’t demand Richard’s resignation. She says she is monitoring BID performance, and that requires the right leadership.

Quintrall says she did talk with the BID board and the DSP board about her concerns over the Business Improvement District management plan, which has to be approved and adopted by the Spokane City Council every December.

Most recently, she says she spoke to Mick McDowell, DSP board chairman, and Alicia Barbieri, BID board chairwoman, about her concerns.

“We’ve been having ongoing discussions because I think it’s too big, there’s too much there, it lacks focus and it’s full of mission creep,” Quintrall says. “We need a work plan that is workable and that’s measurable.”

McDowell, a real estate developer here, says he met with Quintrall the week before Thanksgiving on “how the BID is performing and how we can do better.”

He declines to comment on whether Quintrall specifically asked for Richard’s resignation, saying, “You’ll have to ask Jan that question,” adding, “It’s certainly not on the table right now.”

McDowell says the organization is always striving to do better.

“There’s always a learning curve when there’s a new director,” he says, referring to Richard, whose one year anniversary is Jan. 7.

“We go through and review the expectations of the organization and determine whether we’re meeting those expectations, and if not, why not. We’re always setting higher performance standards,” he says.

“His first-year evaluation was good,” he says. “We’re pleased with the job he’s doing as president of the DSP. The board hires and fires that position, and unless we fire him, he’s got a job.”

Quintrall’s office is charged with management of the contract with the downtown BID, which includes about 900 businesses and 350 property owners in an 80-block area.

The DSP is a nonprofit organization, established in 1995, that oversees the BID and the University District, and also provides other services in the city’s core.

The downtown Business Improvement District was also created in 1995 and is funded by business and property owner assessments, to deliver management services and promote downtown Spokane.

The three organizations have separate boards of directors with a total of about 60 members. In addition, the DSP has more than 70 dues-paying members, which include a diverse range of property owners, professional firms, retailers, and others.

The city puts $100,000 a year into the BID and contracts with the DSP to fulfill the role of manager. In that role, the DSP handles some cleaning, safety, promotions, and parking services downtown, Quintrall says.

“The City Council doesn’t agree with threatening the firing of someone like Mark Richard,” he says. “The DSP does a great job, even though I may disagree with some things they do. And I never got a clear answer behind (Quintrall’s) threats to fire Richard. It was simply the case of someone making an empty threat that they could not follow through with.”

DSP’s 16-page management plan details everything from goals and priorities of tracking a clean and safe downtown campaign, to supporting the Spokane Police Department’s presence downtown, providing accessible, affordable parking options and improving gateways into downtown with art projects, to participating in the  parks bond and street levy by using social media to drive public input.

About Richard, she would say only, “We had him spread too thin, and we have him trying to be everything to everyone. I was trying to be a friend and a coach to Mark. He had too many hats to wear—we have to figure this out.”

Richard says he and Quintrall met with the DSP board two months ago about whether DSP is doing everything the city wants done.

“I heard the management plan may have been too robust, too optimistic, that we’re taking on too much—that’s been the input from the city,” he says. “There has been some consideration by the city that we should be working more on some things rather than others.”

Richard says one of those things is sidewalk repairs, but he declines to name any others on the city’s list.

Quintrall says managing contracts means holding people accountable for measured outcomes and addressing things that have fallen short and things that are missing.

“It’s contract management 101. It means accountability. Sometimes it’s hard for people to take responsibility,” she says. She adds that she feels responsible for the city getting what it’s paying for. “It’s the biggest contract I administer,” she says.

She claims says she didn’t talk to Mark Richard or Mick McDowell about anyone’s performance.

“The only thing I have responsibility for is to manage the work plan,” he says. “That’s what the contract is tied to, and I want to help pull it together. There’s been a massive investment into the Spokane downtown with the Convention Center remodel, the Grand Hotel, Riverfront Park, and other projects.”

She says it’s critical that the city have a strong DSP.

“We’re at the edge of a Renaissance here, and we won’t have another opportunity like this again in my lifetime. We may have to step on some toes, but damn it, we’re going to get this right.”

For the record, Quintrall says she stands behind Chesney’s resignation. “But, I think everyone is mad at me. No really, it’s just a handful that is really mad at me,” she says.

“Rumors abound,” she says. “With modifications to the BID’s 2015 work plan, we will closely measure and monitor. Clearly, we’ve had challenging times, but I feel less inclined to look back. (Next year) will be a fresh start and that is exciting.  Politics aside, I want success delivered.”

Richard says the DSP is working with the city to get clarity on what the city is unhappy with, and is doing its best to accommodate those issues while staying true to its mission.

“In terms of communication and recommendations of what things don’t fit with the DSP management plan—those are things I won’t comment on.”

Still, he says the City Council has voiced unanimous support for DSP and that “we’re performing our responsibilities and delivering on the management plan.

Richard says the DSP is also looking for an executive director for the U District, a job that has been included in his job description since he took the position as DSP president. He says that role takes up about 10 percent to 20 percent of his time. Richard says he has transitioned to a voting board member of the U District.

“The board has come to a consensus that there needs to be a full-time executive director in that position,” he says.

Richard says he is working with the U District board to finalize the job description and salary range for the executive post, and hopes to post the job no later than early January.

DSP currently gives $40,000 of in-kind support to the U District in the form of marketing and promotions services.

“We have a great working relationship with the city, although we have communication and clarity issues to work through. We want to make sure we understand the city’s interests,” he says. “It is normal for business partners to not always agree on things. We share values with the city partners, and it’s normal to have some level of different perspectives.”

One of the shared values, he says, is enhancing the policing of the downtown area, and DSP has helped rectify some of those issues.

“We’re doing exactly what we’re tasked with doing—improving the quality of life downtown,” he asserts.

As for the position vacated by Scott Chesney, Quintrall says she is conducting a national search and is hoping to have someone on the job by March 1. However, she says she has revised the job description. “I’m taking the management piece out of the equation,” she says. “And the person won’t be working with the building department.”

Qunitrall hopes to recruit help in the hiring and interviewing process from the Spokane Home Builder’s Association, City Council member Candace Mumm,  and Kevin Wallace at the Spokane Regional Transportation Council, among others.

“I want people to have a voice in who we hire,” she says. “So we have a lot of people doing interviews. I want all different perspectives at the table.”