Company has invested $85M in startups so far 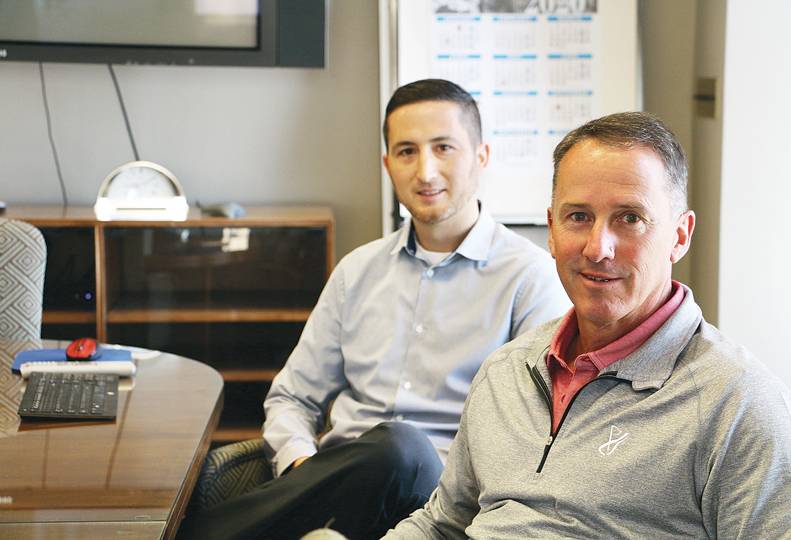 -VIRGINIA THOMAS
Cowles Co. executives Skye Henderson, left, and Steve Rector are leading Cowles Ventures, which is investing in startups in Spokane and elsewhere in the western U.S.

In an effort to diversify its corporate holdings and cement itself in the entrepreneurial ecosystem of the Inland Northwest, Spokane-based Cowles Co. has formally established a venture capital investment arm.

Branded as Cowles Ventures, the company’s venture-capital fund has about $85 million invested in companies so far, says Cowles Co. chief financial officer Steve Rector. Many of those companies are in the Spokane area, while others are based in cities throughout the western U.S., including in Pullman, Seattle, Boise, and San Jose, California.

While the Cowles Ventures name is new, the enterprise has been investing in startup companies for about eight years through what internally was called a growth fund.

“When we first started, there weren’t a whole lot of opportunities in Spokane, as far as deal flow,” Rector says. “I’ve been essentially full time on this for the past several years, but I needed some help, and that’s where Skye Henderson is going to jump in.”

Henderson and Rector will be the sole employees at Cowles Ventures, and they will continue to consult with Cowles Co. Chairman Betsy Cowles and President Stacey Cowles, as Rector did prior to the formation of Cowles Ventures.

Cowles Co. owns the Journal of Business through its subsidiary, Northwest Business Press Inc. The company’s other holdings include the Spokesman-Review, Centennial Real Estate Investments, and KHQ-TV.

The venture capital fund originally was established as an avenue to acquire startups, Rector says.

“It never really transpired that way, so the result was we have a lot of really good startup-type companies that we’ve invested in over the years,” Rector says.

In the Spokane area, Cowles Ventures has invested in spices and rub maker Spiceology Inc., micro LED maker Rohinni LLC, medical records-tech company Medcurity Inc., and maker of hypersonic technology for geothermal drilling and transportation HyperSciences Inc., among others. In total, the company currently invests in 28 companies. Rector sits on the boards of 10 of those companies.

Cowles Ventures was involved in the most recent round of Series A funding for Spiceology, which last month garnered the spice maker a total of $4.7 million. Cowles had previously invested in Spiceology.

“If you look at the portfolio … there’s quite a diversity of industries and companies,” Rector says. “We do have a very diverse portfolio, and we’ll keep it that way.”

Cowles Co. states on its website that its target investment range is $250,000 to $5 million, and it seeks companies that have strong brand potential, patented products, and other competitive advantages.

“We’ll look at just about anything,” Rector says. “(A company) has to demonstrate that it has a need in the marketplace, or it’s a new approach to solving a problem. Most of the strategy is just finding good people who are successful or at least have passion, who can demonstrate that they can be successful. It’s a big part of how I make a decision.”

“It communicates to companies in the Spokane region that this is an important focus area for them, and that they’re committing resources to it,” Simpson says. “It tells us that they’re making a priority of this. They’re making a commitment, and they’re focusing on it.”

David Shriner is chairman of the board for Spokane-based fundraising and grantmaking nonprofit organization Morning Star Foundation, as well as director of Spokane-based startup OddJobbers. Shriner says that large private companies can have significant impacts to their communities through local investments.

“If you’re investing alongside other people that are on the ground all the time, and you’re paying attention as well—this is not a really big town—then you’re going to see a lot of opportunities,” Shriner says.

“We all work together. We share deal flow. We share ideas,” Rector says. “If I’ve got a company that comes across my desk, I’ll share it with Tom to see if there’s interest there. When he gets companies that come across his desk, he shares them with me. We talk about them all with the same underlying goal: if it’s compelling, let’s find a way to get them funded, get them into Spokane, and get them working here.”

Shriner says Spokane is developing a “ladder” for startups to find support at any stage, from pre-seed funding to professional investment.

“I think Spokane’s at the tipping point,” Shriner says. “The Spokane startup scene is actually far more advanced than people would imagine. That’s very good for the Spokane region, but it’s good for us as investors as well. Success breeds more success.”

Of the startups Cowles Ventures has invested in, five have been acquired by other companies.

Rector says part of his strategy has been a philosophy of helping companies to grow beyond initial investments.

“If the company’s making progress, we will continue to support them through cash to keep their operations going,” Rector says. “Most of the focus during 2020 has been on supporting those companies.”

The effects of the COVID-19 pandemic haven’t been detrimental to most of the startup portfolio, Rector says, but due to a slowdown in other Cowles Co. businesses outside of the startup group, he’s holding off on making new investments.

“But as we start to work our way out of this, we’ll be back at the table looking at new opportunities,” Rector says. “From an investment standpoint, I think it’s (2021) going to be okay. I’ve got a handful of companies that I think have grown to a point where they may be targets for acquisitions. I wouldn’t be surprised if we have two, three, four solid exits before the end of next year.”

Rector says he initially balked at investing in health care startups, but the success of one health care company Cowles had invested in caused him to reconsider. San Francisco-based Stemcentrx Inc. was acquired in 2016 for $5.8 billion in cash and stock by North Chicago, Illinois-based biopharmaceutical company AbbVie.

“That’s going to foster research and innovation, and we’d definitely look at stuff like that,” Rector says.