Firefighters CU focuses on consumer loans for its 2,000-some members 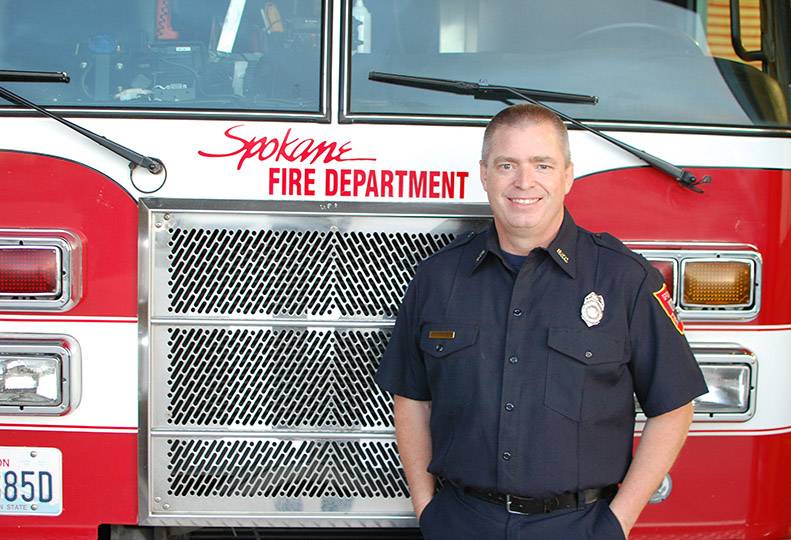 Founded in 1934, the Spokane Firefighters Credit Union is celebrating 80 years in business this year, serving more than 2,000 area firefighters and their families, says Todd Powell, CEO for the past 10 years and a full-time firefighter with the city of Spokane.

The credit union’s total assets as of last Dec. 31 were $42 million, says Powell, up 3.5 percent from the previous year. It reported total loans of $20.4 million as of the end of the year, down 0.2 percent from a year earlier, although its net income of $285,000 was down from $371,000 at the end of 2012, due mostly to decreased yields on loans and investments as a result of lower interest rates, he says.

“It worked,” he says. “Our Visa promo ran for four months, from April to August. We refinanced existing credit-card debt from other financial institutions at 4.9 percent for the life of the balance.  While the interest rate was low, it did allow us to increase the size of our Visa loan portfolio and was a great option to save many of our members money on high-rate loan balances elsewhere.”

Powell says, “We would like to loan out more. We have a lot of money on deposit.” However, he adds, “We saw a lot of people bring money back to the credit union after losing faith in banks during the past recession. We have positioned ourselves well, and we’re not taking a ton of interest rate risk.”

The credit union focuses on consumer loans to its membership for new and used autos, motorcycles, RVs, and boats, as well as mortgages, home-equity loans, and loans to buy raw land. It has 10 employees, all at its headquarters at 2002 N. Atlantic.

Powell says the credit union made construction loans years ago, but doesn’t do so any longer. Real estate is a big loan-growth area, he says, and accounts for about 50 percent of its total loans.

“Our credit union is run much differently than most, but it’s been a tradition to for the president and CEO to be a firefighter,” Powell says.

In the early days, he says, the credit union literally was run out of a shoebox in the trunk of the chief’s car.

“When one of the firefighters saw the chief, he’d say ‘here’s $50 for my fund’ and the chief would stuff it in the box … if they wanted a loan they’d track down the chief and say ‘I need $300 out of my account to buy a motorcycle.’ And the answer was sometimes … ‘the Fire Department doesn’t want you riding a motorcycle,’” he says with a laugh.

Powell adds that he could be the credit union’s last CEO to also be a firefighter. He contends that the job of overseeing a credit union, even though it’s a small one, has become more complex, and the time commitment for the position has grown.

He plans to leave as CEO in about three years after he turns 50.  He says he will stay on with the city of Spokane as a firefighter for another two years beyond that.

The membership itself is stable, he says.

“Our members have good jobs that don’t fluctuate, are not dependent on the economy, and are well paid. It’s a fantastic membership,” he says.

“We don’t see people rushing through our doors,” Powell says. “We’re not growing fast and really have no intention of doing so. We want to stay large enough to offer products to our members without being so big that we have to treat people as numbers. As it stands, everyone who walks in our lobby is on a first-name basis with us.”

Powell says the credit union tries to stay current with what other credit unions are doing and recently activated a member rewards program.

“Members receive points based upon the different services and products they use in our credit union and are rewarded with free products and services and even bonus dividends or loan rebates based upon their level of participation,” he says. “Most of our initiatives have a goal of increasing member loyalty and working toward our members using us as their primary financial institution.”

“It allows budgeting, goal setting, and other tools to help our members manage their finances,” he says.

The credit union also will roll out a brokerage feature that will enable members to manage investments through the credit union’s website in the next couple months.

“It will be similar to any of the online brokerages with similar low priced trades but integrated into home banking,” Powell adds.