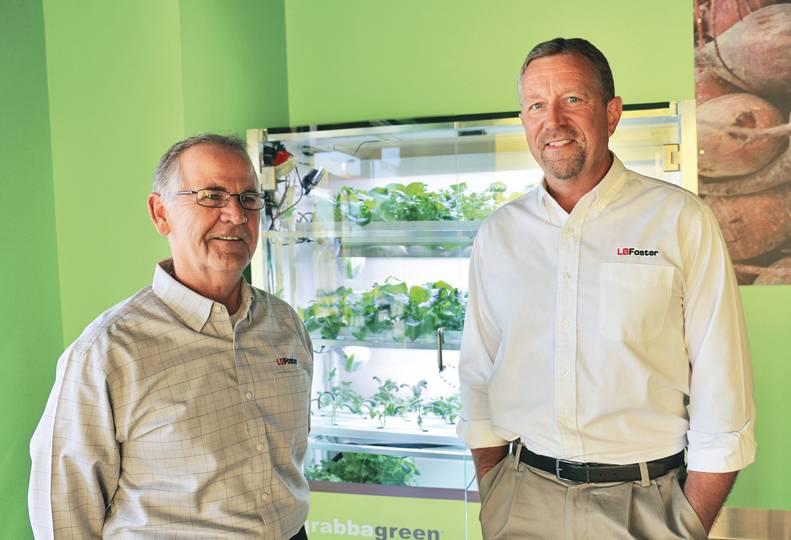 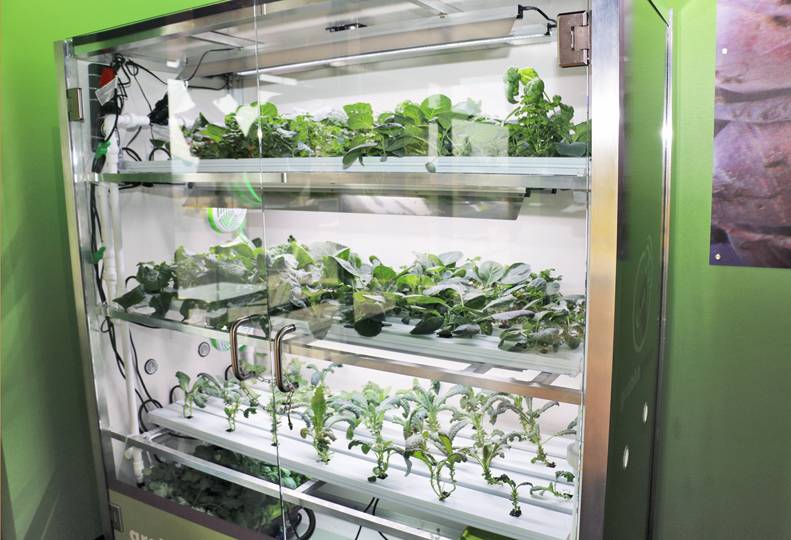 “As a manufacturer, we offer a lot of different skill sets, which include things like machining, assembly, and welding,” says CXT President Steve Burgess. “Most of what we’ve done previously is cement, and modular construction work, but recently, we’ve begun trying to spread those skill sets across new opportunities.”

A subsidiary of Pittsburgh-based LB Foster, CXT specializes in manufacturing prefabricated restrooms and outhouses, along with utility buildings, shade shelters, and other fabricated products.

The company’s building facility and main headquarters, where it operates as CXT Precast Products, is located in the Spokane Business & Industrial Park, at 3808 N. Sullivan. It also operates CXT Rail Products, which produces concrete railroad ties and is located at 2420 N. Pioneer Lane, roughly a mile south of the precast facility.

Companywide, Burgess says, CXT employs about 300 people, with about 160 of those being in the Spokane area and the rest divided between two other manufacturing plant locations, one in Waverly, W.V., and the other in Hillsboro, Texas.

He says CXT’s engineering and design teams work to help those companies develop products in a variety of areas, including energy, data collection, and communications.

“All of our products are custom designed to fit the needs for our customers,” he says. “When we’re able to apply our skills to making something different, it adds to our capabilities, as well as extending the season for our workforce.”

As the Journal reported in May of 2016, CXT had been chosen by the Anchorage-based company to develop a smart farming prototype that would enable customers in remote locations or difficult climates to grow their own produce.

“We approached VH with this idea for diversifying the product,” he says. “We wanted to take the best parts of the technology and apply them to various-sized units that could translate to other customers, even other industries.”

So far, Stuck says, CXT has built three of the cabinet-style prototypes, with a fourth in development that will be ready soon. Two of the units have been set up in Anchorage—one at the Anchorage Museum and another at a collaborative office space called the Boardroom.

The third cabinet prototype is being tested at the Coeur d’Alene Grabbagreen restaurant at 405 W. Neider, which opened last November.

Grabbagreen is a Phoenix-based restaurant franchise. The restaurant’s franchisee, Christina Horton, says being part of the testing of the new unit has been a positive experience.

“A couple of the CXT guys came in for lunch and mentioned they make these systems and would like to talk with us about them, and we were so excited,” she says. “You can’t get much more local than growing your own produce in store, plus you get to watch your food growing before your eyes. We’re very happy to be some of the first people trying these out.”

Linda Janes, co-founder and COO of VH Hydroponics, says while the company has sold seven of its original models, it’s only just begun to work on beta testing the smaller cabinet units like the one being used by Grabbagreen.

“These are still prototypes, so we’re just trying to get them out into the market so we can begin getting feedback,” she says. “Over the next few months, we’ll begin taking pre-orders and from there move to live orders.”

While the company’s original units were marketed to farmers, local grocery stores, and larger corporations, she says VH Hydroponics also is still debating how best to market the new units.

“The smallest, 60-plant unit would be marketed to individuals with families, people who enjoy gardening or healthy eating lifestyles, as a home-based product,” she says. “For the 90-plant unit, we’ve been considering both restaurants and office spaces where employers want to encourage employees in a healthy lifestyle. This unit also has potential in places like nursing homes, education facilities, gyms, and more.”

Janes says with more and more people seeking to eat healthy, small gardens and access to fresh foods is becoming a bigger trend.

“It’s still a bit early to be estimating, but with our society as a whole becoming more health and source conscious, we’re definitely anticipating a large demand for these products,” she says. “Based on the feedback we gain through these initial prototypes, we can start to perfect the design and work out how best to market each unit.”

Burgess says, “These are more simply designed, cost-effective, and easy-to-use models. As a team, we’re excited to see them actively working in stores like Grabbagreen.”

While VH Hydroponics is currently its most visible customer due to the launch of the new prototypes, Burgess says the company is working on other commercial projects, including design of an enclosure for a sister company, Houston-based Chemtec Energy Services LLC, and a platform for solid waste treatment being developed for Biomass Controls LLC, a Connecticut-based biomass appliance control company.

“We’re working on a lot of different things right now, and we’re excited about them all. It’s exciting because any of them could grow to be the next big thing,” he says.