Discomfort and Joy in the holiday retail forecast 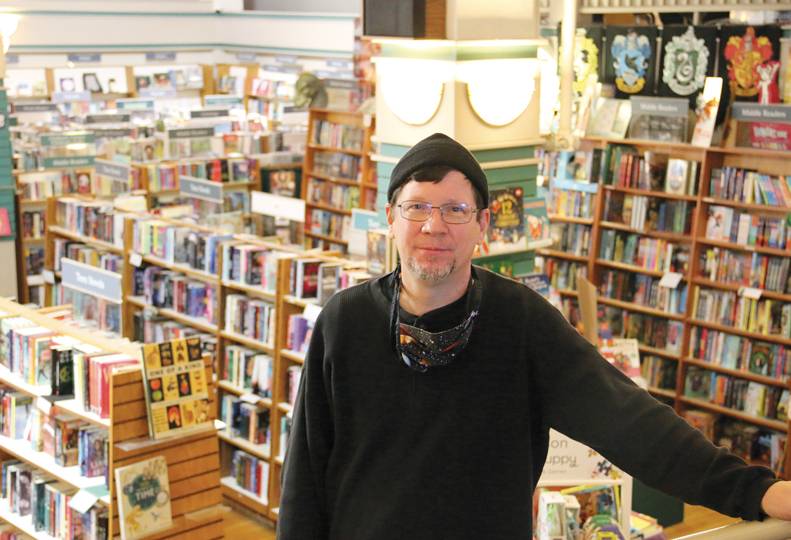 -ERICA BULLOCK
John Waite, owner of Auntie’s Bookstore and Merlyn’s comic bookstore, is among the downtown Spokane retailers who say Christmas shoppers have come out early this year.

Retailers in Spokane are confident about the holiday sales season, but concerns persist about inventory availability and a scant workforce attributed to the COVID-19 pandemic.

Bryn West, vice president of downtown’s River Park Square, says, “We’re definitely seeing a trend of shoppers coming out early. With the supply chain issues, people are really taking that advice to shop early and often to be able to get what it is they want for the holiday season.”

On a nationwide scale, holiday retail sales projections back up general optimism shared by retailers here.

The National Retail Federation is predicting a record-breaking year. The federation suggests sales could grow between 8.5% and 10.5% in November and December to a total of $843.4 billion to $859 billion. That’s roughly double the 4.4% increase in average annual holiday sales during the last five years.

John Waite, owner of Auntie’s Bookstore, at 402 W. Main downtown, and Merlyn’s comic bookstore, at 15 W. Main, says there has been a big push for customers to purchase now instead of waiting, which has helped his holiday sales in November so far.

“In a normal world, Black Friday is kind of the start of people really going and shopping a lot,” he says.  “But that’s not the case this year.”

Waite says inventory is a concern for his stores this holiday season due to a broken distribution chain and delayed shipping times, he says. Also, inventory of trendy books throughout the holidays could be unpredictable.

Andy Dinnison, co-owner of Boo Radley’s Inc., at 232 N. Howard, and Atticus Coffee & Gifts, at 222 N. Howard, says he noticed people out shopping in a Christmas mood on Veteran’s Day.

Dinnison says Saturdays are traditionally the busiest days of the week for holiday shopping. This year, the shopping season will be one Saturday short and that has put pressure on consumers to get their shopping done early, he says.

Dinnison says he was told that inventory could become an issue for the holiday shopping season at industry trade shows last spring.

“We have lots of stuff, but I’m sure we’re going to disappoint some people at the end. We are hearing, just so much stuff is stuck on boats. We have so many back orders still coming. I think we have a lot of stuff and we’re going to be in fine shape, but a lot might still be trickling in over the next month.”

Despite the pandemic, Waite says he’s not too worried about staffing currently, although, if there were to be a cluster of additional employee illnesses, it could become an issue at his businesses.

“I think we’ll be fine until we’re not,” Waite says.

River Park Square’s West says staffing was thin at the downtown mall’s stores this summer. Recently, though, she’s noticed an uptick in workers looking for jobs.

“So, we’re hopeful throughout the holidays we’ll be alright and decently staffed,” West says. “I don’t know that anybody is fully staffed right now.”

West says River Park Square lost a handful of retailers due to the pandemic. The mall currently is 95% occupied. She says retailers are putting effort into consumer experiences within their stores to draw people in for purchases instead of ordering online.

“There’s some things you can definitely buy online, but it makes a difference for pajamas or a robe to actually go and feel it to see if it’s a great quality gift to purchase.”

West says she noticed the pandemic dampened the holiday spirit last year and that this season, consumers will be back together with families and have started “revenge buying on COVID-19” to brighten up the holidays again.

West and other retailers here say popular gifts this holiday season will be experiences and cozy items for home and personal use.

Dinnison, of Boo Radley’s, agrees that his customers are embracing cozy gifts such as candles, tea, fun socks, and t-shirts.

“They want to feel good in the wintertime,” he says.

Dinnison says he made a conscious decision to not offer online shopping at his businesses.

“I think the success of my stores is because we concentrate on the brick-and-mortar experience. It’s a tactile thing. You come in and get a cup of coffee, or smell all the candles, or you get to smell the teas, or see the different things. Especially at Christmastime, that is part of the fun.”

Waite says Auntie’s Bookstore offers online mail order shopping, but Merlyn’s does not, although he prefers that customers shop in-store instead of online.

“If you’re trying to get stuff online, I think shipping is really going to be a mess,” he contends.

Joan Giese, associate professor of marketing at the Carson College of Business, says 82% of Pacific Northwest holiday shoppers likely won’t shop on Thanksgiving Day, even if stores were open. And over two-thirds indicated they won’t shop in-store on Black Friday either.

The Holiday Retail Report shows 75% of respondents identifying as holiday shoppers in the Spokane-Coeur d’Alene region indicated that buying holiday gifts from local businesses this year is important to them, up from 72% in 2020.

The report also states 84% of millennials would love to shop in stores again this holiday season, along with 76% of Gen Z, and 75% of Gen X and baby boomers.

Giese says the holiday report indicates holiday shoppers have a positive outlook this year compared to last year, with 67% of respondents saying they are excited to have a reason to celebrate this holiday season.

“I think the holiday shopper is very excited about participating in the 2021 holiday season,” she says. “Our findings this year are indicating that holiday spending and holiday travel will be more than last year. About two-thirds of shoppers in the Pacific Northwest plan to spend the same, or even more, than last year.”