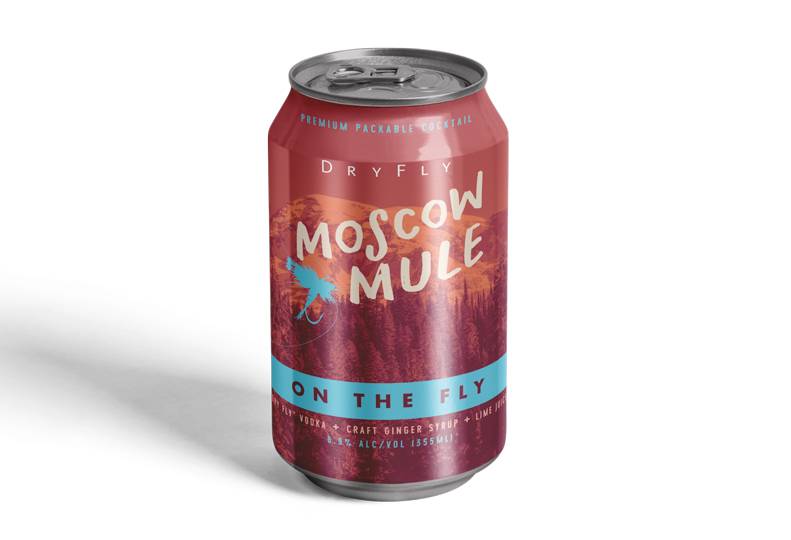 Spokane-based Side Hustle Syrups, which makes syrups that can be used in the creation of cocktails or nonalcoholic beverages, is once again teaming up with Dry Fly Distillery to produce a new canned cocktail, the first such product for either company.

Dillon Hueser, Side Hustle’s owner and sole employee, says he’s been working with Dry Fly for several months to develop three canned cocktails: a Moscow mule, a gin and tonic, and a spicy lemonade.

“This is essentially a Dry Fly product that incorporates my syrups,” he says. “We’ve worked together before, but this is the first time we’ve done a big project like this.”

“We decided to start with a few different recipes and a limited production,” he says. “Eventually the idea is for this to be a full-time product for Dry Fly that would be distributed to stores and bars.”

For now, Hueser says the canned cocktails are only being created in small batches for purchase at Dry Fly’s tasting room, at 1003 E. Trent, for about $5 a can.

“At the moment we’re only announcing these batches through our social media channels,” he says. “We’ve planned them as individual soft launches, as that allows us time to develop a high-quality product and to talk to consumers, get their responses, and make adjustments before creating larger batches.”

Hueser says the next soft launch the companies have planned will be for the spicy lemonade cocktail, which is expected to be ready this weekend.

“The biggest thing we want to do is be able to give customers the ability to recreate a cocktail they’ve tasted at Dry Fly,” he says. “These canned drinks are designed to emulate some of the signature cocktails we make together, and we couldn’t be more excited.”

Hueser is a full-time distiller for Dry Fly, which already uses his syrups in specialty cocktails served in its tasting room.

He started Side Hustle Syrups last year, after designing a ginger beer and several different syrup flavors for the distillery.

Side Hustle sells to retail customers but mainly does business on a wholesale basis, including selling syrups to Dry Fly, Hueser says.

“I sell wholesale to several restaurant bars including The Viking, Black Diamond Billiard Hall, and Bangkok Thai,” he says. “Customers can also buy my products at the Dry Fly tasting room.”