Some have to reduce staff, shed inventory in current environment 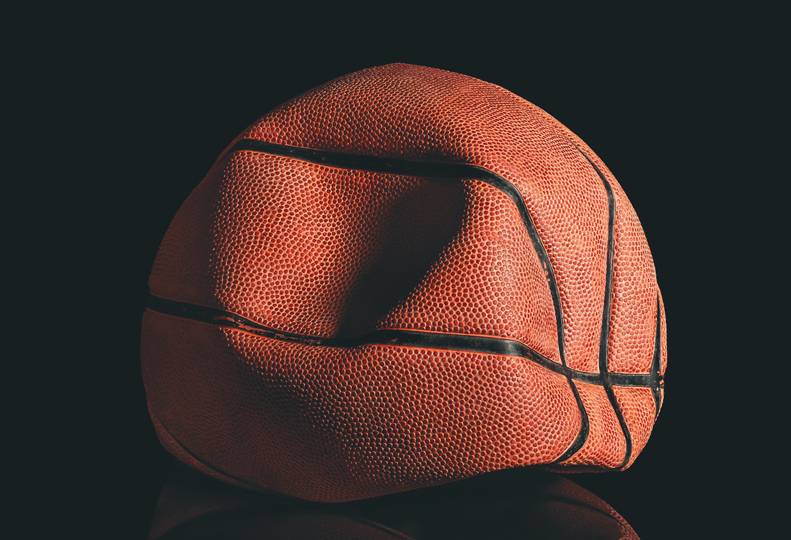 This time last year, the Gonzaga University men’s basketball team already had played four home games while the women’s hoops team had played a pair of contests at the McCarthey Athletic Center.

On those nights, Jack & Dan’s Bar & Grill, located across the street from the GU campus at 1226 N. Hamilton, was lined wall-to-wall with GU fans before, during, and after the games, says Kevin MacDonald, who co-owns the restaurant.

But since the arrival of COVID-19 in the U.S., followed by cancellation of the NCAA’s March Madness tournaments last season and the one-month delay to the 2020-21 season, Jack & Dan’s has served a fraction of the crowds it had become accustomed to during the past 20-plus years.

Late last week, MacDonald and business partner Jeff Condill were feeling a smattering of optimism with the approaching start of the college basketball season. Maybe fans would at least be interested in coming in to watch on TV, MacDonald says. But that optimism came to a halt when Washington Gov. Jay Inslee announced measures that will result in a statewide prohibition of indoor restaurant dining for four weeks, beginning midnight Nov. 17, in an effort to stem the current wave of COVID-19 cases. Now, Jack & Dan’s and other restaurants only can offer meals via carryout or delivery.

“Right now, our goal is to move perishables,” MacDonald said in the days leading up to the dine-in ban.

One month from now, most food  items in the restaurant and bar will have expired. The anticipated losses will be between $6,000 and $7,000, if MacDonald and Condill are unable to move those items, he says.

When college basketball came to a sudden end in March, and the state enacted lockdown measures, MacDonald says Jack & Dan’s had between $15,000 and $20,000 worth of food and drinks that expired.

“We live on basketball,” MacDonald says.

Many establishments rely heavily on collegiate sports and fan interest in order to remain open. Even before Inslee’s Sunday order, restaurant and bar owners around GU, near Eastern Washington University in Cheney, and by Washington State University in Pullman, painted a grim picture of what reductions in sports due to lockdowns – or eliminations altogether – have done to business.

“In the first three weeks of this month, our revenue was down 64% from last year,” MacDonald says.

Even beyond Inslee’s latest four-week lockdown, with the NCAA earlier pushing back the start of this basketball season until the end of this month, locales such as Jack & Dan’s face a precarious future.

Down the street from Jack & Dan’s, in the historic Riverwalk Building at 1003 E. Trent, No-Li Brewery owner John Bryant says revenue there is down 50% from last year.

“I still don’t know how many people know just how much of a financial engine Gonzaga basketball—both men’s and women’s—is to our community,” Bryant says.

This time last year, Eastern Washington University’s football was about to conclude its season. Due to the pandemic this year, the Big Sky Conference, in which EWU plays, chose to postpone its traditional fall football schedule in favor of a shortened six-game season. The spring season will start in February.

Mike Hartman, who owns Eagles Pub at 414 First Street in Cheney, says he’s holding his breath a little about the spring as EWU only has three home dates in Cheney.

Compounding a reduced schedule, as is the case for Gonzaga basketball teams, the Big Sky Conference doesn’t have plans to allow fans in the stands, Hartman says.

And it’s those fans he depends on to help get him through the calendar year.

“I’ve been faring and will continue to do so. That’s about the best way I can put it,” Hartman says.

In a typical year, Hartman says he employs about nine or 10 people through EWU’s academic year. This year, he’s only employed four.

Eagles Pub draws on fans before, during, and after Saturday games. In the latter part of the season, when the weather gets colder, fans pack his place after halftime and finish watching games on television to stay warm. The loss of football this fall will have a profound effect deep into next year, he says.

“The money I make on college football Saturday carries me through those lean summer months when business is at its slowest in Cheney,” he says.

An almost 18-year owner of Eagles Pub, Hartman says he worked three days a week before the arrival of COVID-19. This year he’s worked mostly six days a week in order to reduce labor expenses.

Hartman is trying to maintain optimism; he says he’s hopeful for some success in the spring.

“I’m hoping that people will want to at least come out to watch the games on TV since they can’t attend in person,” he says.

In Pullman, on Saturday, Nov. 14, football returned to the Washington State University campus when the Cougars hosted the University of Oregon Ducks. It was the first game played in Pullman since WSU hosted Oregon State University on Nov. 23, 2019. Unlike that overtime thriller in which the Cougs beat the Beavers, fans can’t attend games this season.

Kevin Carosella, long-time owner of Sella’s Calzone & Pizza at 1115 E. Main in Pullman, says business in 2020 has been off at least 30% compared with last year.

“We’re a big destination spot for WSU alums on game days,” Carosella says. “And Ducks fans are huge supporters of their team and come here when they play.”

But the day before Saturday’s game, Inslee and Oregon Gov. Kate Brown joined with California Gov. Gavin Newsom to issue an advisory recommending against nonessential travel across the three states.

Says Carosella, “Would you travel all this way to watch a game on TV?”

On Saturday, Carosella drew a sizeable gathering before the game started. But to his surprise, by kickoff, the restaurant was mostly empty.

He looks at WSU’s schedule and admits to being despondent about what he sees. WSU’s two biggest rivals, Oregon and the University of Washington, play in Pullman this month.

Barring a COVID outbreak for WSU and UW, which would result in the cancellation of the game, the Huskies are scheduled to play WSU in Pullman in this year’s Apple Cup on Nov. 27, the day after Thanksgiving.

It’s a date that Sella’s will now be closed and only offering takeout.