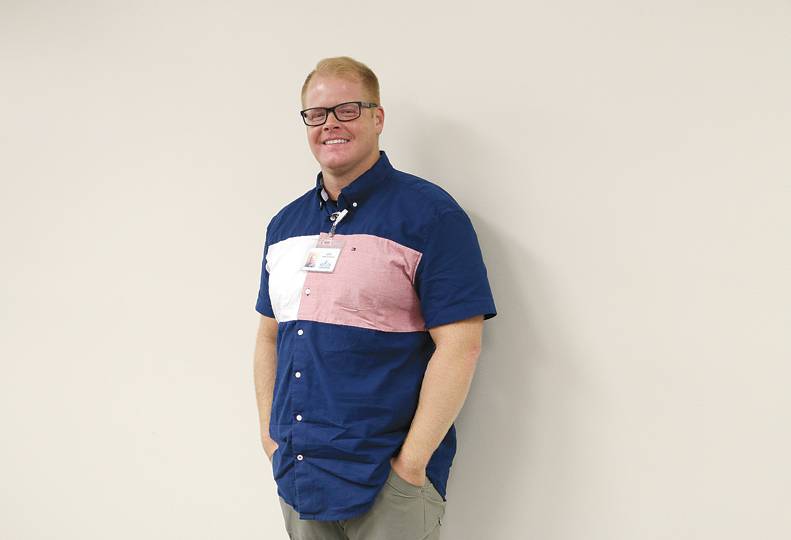 Spokane County’s rate of deaths from falls is more than double of that of the rest of the U.S. and Washington state as a whole, according to Spokane Regional Health District.

Joel Reeves, senior falls prevention coordinator with SRHD, says there are a few reasons why Spokane County’s fatal fall rate is so much higher, but it all comes down to overall health.

“Anything that negatively impacts your health increases your fall risk,” Reeves says. “We have higher rates of COPD. Spokane has higher rates of asthma than the rest of Washington.”

While Spokane regularly experiences harsh winters with ice and snow, Reeves says winter conditions don’t lead to falls in a way most might expect.

“When we look at the call data from fire department or EMS calls, we don’t have a big spike in people slipping on ice and falling,” Reeves says. “It has a secondary effect, because people know that winter’s going to be harsh here, they know it’s going to be slick outside, so what are they going to do? They’re going to stay inside; they’re not going to go out as much.”

A lack of physical activity during the cold months can lead to a loss of leg strength and balance — the top risk factor for a fall, according to the CDC — so when older adults become more mobile in spring, they may be at an increased risk of falling than they were at the beginning of winter.

Reeves says those who age in place aren’t at a higher risk for a fatal fall than those who live in an assisted care or independent living facility.

“It’s based upon your personal health more than where you are when you fall,” Reeves says. “A lot of the times, what we find is people that do age in place typically take better care of their health. The people that need help the most are people that already have poor health, or, as they’re hitting retirement age, don’t understand what it takes to maintain your health as you age.”

Most deaths from falls are not due to the impact of the fall itself, Reeves says, but a fall can compromise an older adult’s already fragile immune system.

“When one thing goes wrong, it becomes a cascade,” Reeves says.

Most falls, Reeves says, are caused by syncope, the light-headed feeling one can experience from a drop in blood pressure upon standing up. About 40% of falls in Spokane County can be attributed to syncope, Reeves says.

“Usually, it’s when somebody is getting out of a chair, off a toilet, or out of bed,” he says. “It’s why we highly recommend having a grab bar.”

While a grab bar may seem like a good way for someone to catch themselves while falling, Reeves says most older adults don’t have the grip strength to do so; the real benefit of a grab bar during a syncope episode is to boost blood pressure.

“Any type of flexing of your arms, your upper body, that’s more likely to increase your blood pressure the quickest, more than moving any other part of your body,” Reeves says. “Even if you just sat up and thought you were getting a little light-headed, if you just flex your arms a few times, it’ll actually increase your blood pressure relatively quickly, so it’ll prevent syncope.”

Other causes of falls include dizziness, which can be due to vertigo, medications, or a deterioration of the balance-sensing mechanisms of the inner ear. Trips and slips sometimes can cause falls, as can drop attacks.

“Drop attack is a medical term for something like a very small seizure, a medically-undetectable stroke, or some other type of medical condition that would cause a momentary loss of consciousness,” Reeves explains.

Increasing leg strength and balance is the best intervention for those at risk of falling. However, Reeves says most senior fitness classes don’t provide exercises that can help with balance and lower body strength.

Steady as We Go

“The SAIL program is not an easy fitness class,” Reeves says. “It’s not like you’re going to go in there, and it’s going to be social hour.”

The program teaches techniques on how to regain balance and prevent falls by guiding participants through near-fall situations so that if someone finds themselves beginning to lose their balance, they can quickly use those techniques to prevent a fall.

Reeves says one of the biggest changes to SRHD’s senior falls prevention program in the past few years has been a shift from educating older adults to educating health care providers and caregivers.

“What we’ve shifted towards is trying to educate people who work with older adults, so it’s more of a sustainable, long-term type of education where these people can keep imparting the information on how to prevent falls to older adults they work with,” Reeves says.

Reeves says he has been working with occupational therapy, physical therapy, and exercise science programs at five local colleges and universities to provide information about fall risks and causes to future health care providers.

“I’m trying to get into the physician assistant school here locally as well,” Reeves says. “I have a friend who just went through that program; he said he read 14,000 pages of text and there was one paragraph about falls prevention for physician assistants. You understand, then, why falls are such a low priority for primary care physicians: it’s just not in their curriculum.”

Reeves is also working to promote the CDC’s Stopping Elderly Accidents, Deaths, and Injuries, or STEADI screening toolkit among health care providers. STEADI provides a questionnaire for providers to use with patients that can determine if the patient is at risk for a fall, as well as on-site balance tests to help providers determine which specific interventions should be pursued.

Reeves says some providers with Kaiser Permanente are evaluating the STEADI toolkit, so SRHD should soon receive feedback on how effective those providers find it.

When asked what solution Reeves would most like to see for older adult fall prevention, he says increasing access to health care providers could help, but he’d also like to see a totally new position created: a falls prevention specialist.

Such a health care provider would be dedicated to addressing those at risk of falls, he says, and would be a good resource for other providers to refer patients.

In the meantime, Reeves says, one of the best things people can do for fall prevention is to talk about it.

“Don’t let it continue to be a taboo subject,” Reeves says. “Don’t let it be an embarrassing subject. Create a conversation around falls prevention. If you’re at a risk or you think someone is, bring that topic up. You can’t start doing the interventions if you aren’t willing to admit that there’s a need for the intervention.”