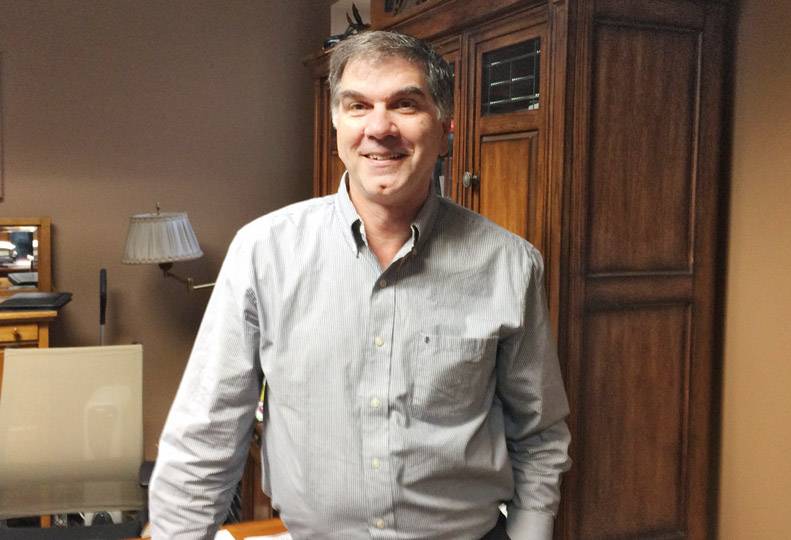 -—Chris Street
Union Gospel Mission executive director Phillip Altmeyer is the third member of his family to lead the organization, following his brother and father. It currently has a total of 150 employees.

In Spokane, the homeless population is served by several charities, including Union Gospel Mission, started in 1951.

How does a 66-year-old charity survive? The answer lies in multiple revenue streams, a tightly managed foundation, a strong marketing effort, and other factors.

Union Gospel Mission owns real estate, has two thrift stores, a used-car dealership, and a soon-to-open college dormitory, and receives thousands of dollars a month in private donations that contribute to its operation. The executive director of the UGM is Phillip Altmeyer, who took over the charity from his brother, who took over from the patriarch of the family, Harry Altmeyer. The family has been involved in the ministry for over 40 years.

Journal: How many full-time employees do you have?

Altmeyer: We’re at about 150 total employees. Twenty of that 150 are part time.

Journal: What is your operating budget?

Altmeyer: $9.3 million. The breakdown is $6.6 million for services, and it costs us approximately $2.7 million to run what we call our enterprises, which are the two thrift stores and UGM Motors.

Journal: How does the homeless population affect business in Spokane?

Altmeyer: Talk to downtown business owners and they could answer that question. Some have been affected by it significantly. I don’t think customers like being panhandled when they enter or exit a store. I know a business owner that wanted to move to the core area of downtown but did not because of the homeless and devaluation of property.

My concern is that homelessness is stigmatized, and it only takes one bad apple to create an image and hurt giving. Let me tell you a story. I was at a gas station on New Year’s Day, and a man bought two homeless men food to eat. While he was paying for it, they were stealing alcohol and were caught.

You tell me now how that person feels about helping the next person that asks for help and his attitude towards someone homeless. Those types of situations turn people off. They have the heart to help and then they get lied to or deceived.

I see the people willing to come to a clean-and-sober shelter, which is important to us for a safe, healing environment, because when you have people fighting to get away from their addiction, you don’t put them in an environment with a bunch of people drinking and using. The people that I see really want the help, and that’s why I think people give to our charity, because it’s people that want help, and people want to help those that want help.

Journal: How do you feel about President Trump’s proposed tax code and will it affect nonprofits?

Altmeyer: That’s why I’m going to Washington, D.C. From everything I see from the Republicans, I don’t see them hurting charity because they understand. In fact, a major Baylor (University) study was just completed on faith-based ministries in all of the largest cities, and 60 percent of emergency beds are being provided by faith-based organizations. So, no, I don’t see them cutting that. I think they understand how charity makes a difference in our country and I think the new HUD Secretary is going to call on the faith community to step up all the more and do more.

Journal: Do you receive grant funding from the city of Spokane?

Altmeyer: No. No government funding or city funding.

Journal: What is the UGM’s position on borrowing money?

A lot of times when people go into ministry, they don’t understand the finances behind it and they do a lot of borrowing and other things that are not solid business.

Most of the first board of directors came out of Whitworth College, and they understood nonprofit and they understood the balance with business. Like when you have millions of dollars in buildings that we have, you can’t operate every day on the right here. You have to have a reserve. All of a sudden, you have a $40,000, $50,000, $60,000, $70,000 roof that needs to be replaced. You’ve got to have the resources. You can’t send out a letter to all your donors saying, “Emergency! Emergency!”

Journal: Which fundraising efforts are most effective for the charity?

Altmeyer: Probably working with our major partners and we do quite a bit of direct mail.

Journal: Does the UGM own all of the property it occupies?

Altmeyer: Yes. We are not currently leasing anything. We are blessed to own our properties.

Journal: Can you discuss the importance of legacy giving to the ministry?

Altmeyer: It’s incredibly important. All of our expansion is due to legacy giving. Every one of our new buildings is a direct result of legacy giving. All of our estates go into a foundation, and our foundation is what makes purchases, like we just finished the crisis center. We were able to do the down payment, be able to move ahead and not wait for funding to come in, or borrow.

Our legacy giving has been critical to our growth. It’s what has allowed us to purchase land. Harry Watts was a gentleman who left us the estate gift that purchased our first thrift store. That gift of Harry Watts has provided revenue back to the ministry and created jobs as well. Legacy giving and capital campaigns are how we expand.

Journal: Spokane is a crowded field for nonprofits. Do you see other charities as competition?

Altmeyer: We just do what we do and tell our story and people will choose where they choose to give. I just believe this: Impact drives income. When people see you’re having an impact, they give. I think that’s what makes all the difference.