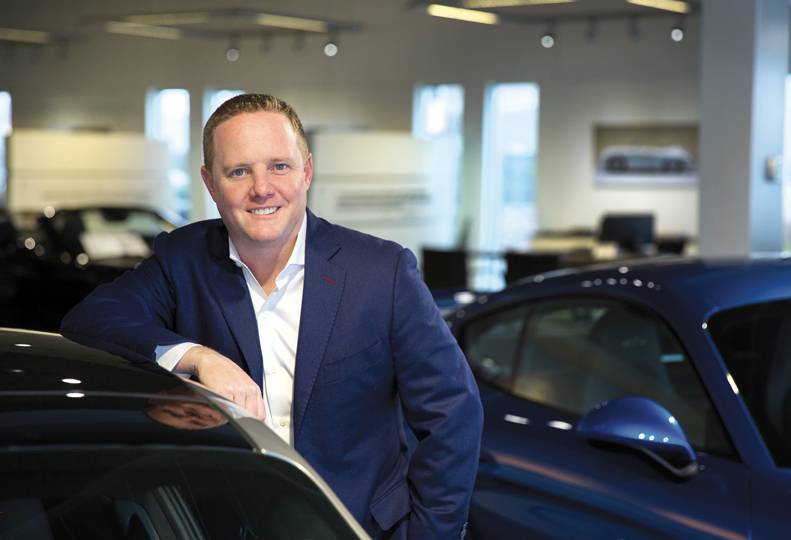 -GEE AUTOMOTIVE GROUP
Ryan Gee, CEO of Gee Automotive Group, says the company wanted to enter the Boise market in part because of its growth and favorable demographics.

Ryan Gee, CEO of Gee Automotive Group, declines to disclose the terms of the transaction, which closed Nov. 18.

He says, however, he’s had an eye on the Boise auto dealer for a long time.

“We’d long been admirers of that organization from afar,” Gee says. “They’re very well-regarded in the Northwest. We’ve also had our eye on the Boise market for quite some time.”

“You’re seeing explosive growth in Boise,” he says. “There’s great quality of living. You’re seeing growth specifically in the demographics that match up with the brands associated with the Lyle Pearson Auto Group, being in the luxury space.”

The acquisition had been on track to be completed earlier in the year but was hindered by the impacts of the COVID-19 pandemic, Gee says.

“We all took a pause in the early part of COVID, just to make sure we tended to our day-to-day businesses,” Gee says. “We restarted conversations in the early summer and came to an agreement quickly.”

The acquisition will add the Jaguar, Land Rover, and Volvo brands under the Gee umbrella, Gee says.

Lyle Pearson Auto Group will retain its name, as Gee says it carries a great deal of brand equity. The auto dealer has been operating in Boise for more than 50 years.

“Aside from keeping the branding the same, we’re retaining 100% of their team and just onboarding them onto our platform,” Gee says.

About 110 people are employed at Lyle Pearson.

Gee says the company culture of Lyle Pearson Auto Group made the acquisition a natural decision.

“We’ve been focused on purposeful growth whereas we’ve identified great companies in growing markets with great brands, but most importantly with a culture that would fit in with our existing culture,” Gee says. “Their culture, where they really focus on their people, closely aligns with ours.”

Gee says there are about 1,500 people employed companywide. The first dealership opened in 1983.

In 2018, the Portland Business Journal named Gee Automotive No. 15 on its list of the top 25 fastest-growing companies of Oregon and southwest Washington.