Organization is back in business in Idaho, mostly shuttered in Washington 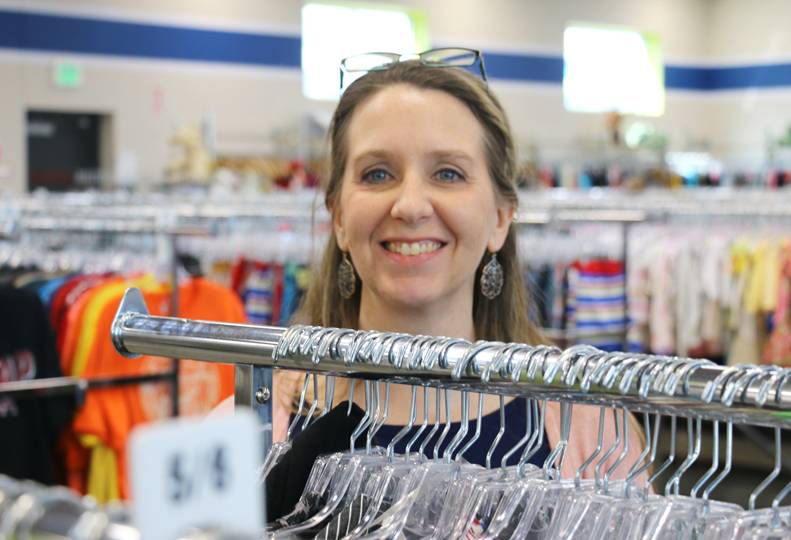 The reopening of Goodwill Industries of the Inland Northwest stores in Idaho is a welcome relief to the organization, says CEO Clark Brekke.

With most of its operations in Washington state, however, the Spokane-based organization still faces a myriad of challenges, he says.

Goodwill is lobbying to be included in the second phase of Washington Gov. Jay Inslee’s plan to reconvene daily societal activities gradually.

Inslee’s office allowed the organization to open its Stevens County retail store in Colville on May 13.

“As we’ve read what Governor Inslee has outlined, we believe we fit in that (phase two) category,” Brekke says. “Right now, we’re actively seeking clarification as to whether or not his office agrees.”

Goodwill furloughed 516 employees on March 26, at the outset of the pandemic, Brekke says. Since being allowed by the state of Idaho to reopen its doors on May 1, 118 employees returned to work. Close to 400 – most of whom are Washington residents – remain furloughed, he says.

Brekke says the organization continues to provide medical benefits for those furloughed. Goodwill also cut salaries of working employees, although Brekke declines to quantify the cuts.

Also, Goodwill invested coronavirus safety measures in its 14 retail stores, nine of which are in Washington and five in Idaho, he says.

The organization installed plexiglass barriers at all cash registers to protect customers and employees, implemented Centers for Disease Control and Protection cleaning standards at each facility, and placed floor stickers at 6-foot intervals in retail stores to remind customers to maintain safe distances, he says.

While Goodwill is most visible through its retail stores and donor collection sites, Brekke says those features are what fuel the organization in its efforts to fund job training and housing support for low-income people and families.

“Our job is helping people become independent,” he says. “What we can offer is now more valuable than ever because people need help.”

Goodwill is staffed with scores of employment and training specialists to assist those at-risk to become self-sufficient. Those customer programs, and salaries for employees to provide training, are derived from the sale of donated goods, he says.

The way Goodwill tallies them, one donation ranges from a single individual dropping off a lone bag of items to a family of four unloading a U-Haul truck. Regardless of size, one donation is assigned a $35 value for annual budgeting purposes, Brekke says.

In addition to retail-sales revenue, Goodwill receives federal funding to assist low-income veterans secure housing, and state funding to provide essential needs for low-income individuals and families in the city of Spokane.

Brekke says he’s concerned about the future. Economic downturns historically have led to decreases in donations for nonprofits because consumers hold onto their possessions longer.

Goodwill’s reserves here are down $1 million, he says.

While Goodwill awaits the reopening of business in Washington, it was clear Idaho residents were itching to resume shopping and donating, he says.

On May 1, a line of more than a dozen customers waited to enter Goodwill’s Post Falls store at 4040 E. 16th, says Goodwill spokeswoman Heather Alexander.

“It’s that time of year when people want to get out,” Alexander says. “We really saw a pent-up demand to donate too. Spring is the kickoff to our busy season.”

For now, Goodwill requires donors to put their contributions in segregated designated bins at stores in an effort to keep safe distance between employees and customers, she says.

As another safety measure, Goodwill, for the time being, isn’t accepting upholstered furniture donations,  she adds.