Focus is on containing contaminants, restoring wetlands for waterfowl with $24.7M in projects 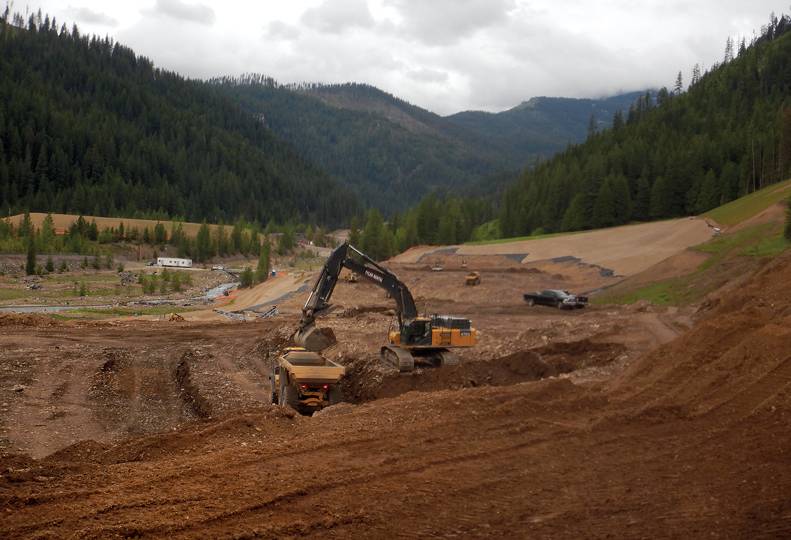 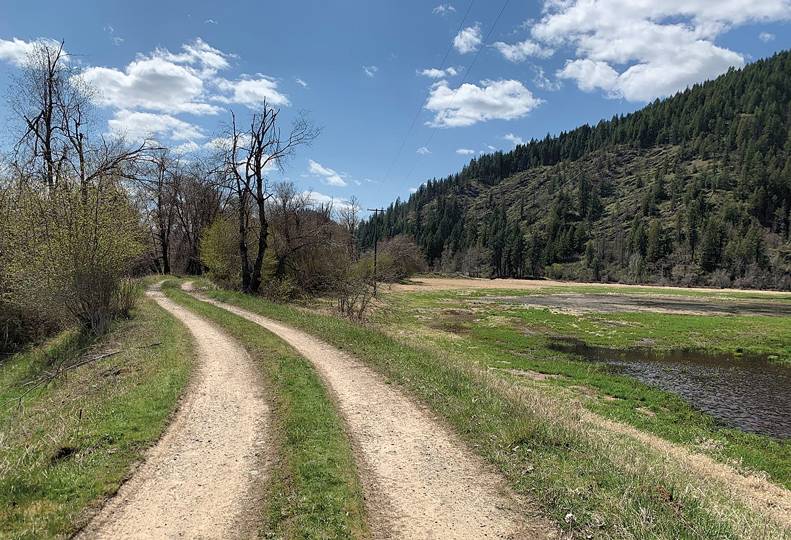 -U.S. Environmental Protection Agency
The Gray’s Meadow upgrade involves expanding the wetlands in that area. About 400 acres of wetland remediation already has been finished.

This year, the U.S. Environmental Agency, in partnership with the Coeur d’Alene Work Trust, plans to complete three construction projects throughout the Coeur d’Alene basin area and haul over 500 truckloads of historic mine waste-contaminated material to a new repository.

The work, which has a total estimated project value of $24.7 million, includes the Canyon Complex Repository and Waste Consolidation Area, the movement of contaminated soil to a recently completed repository in the Ninemile Creek drainage, and infrastructure improvements at Gray’s Meadow.

In April, crews restarted construction on the first project, the Canyon Complex Repository and Waste Consolidation Area, located near the south edge of the community of Woodland Park, Idaho, about two miles northeast of Wallace. It will have a capacity of about 1.8 million cubic yards of mine waste when completed. Work on that facility, which includes the shifting of contaminated materials to the new consolidation area from an older repository that’s leaching contaminants, is expected to be completed in November.

“This year is the most exciting one so far because we’re actually doing cleanup. We’re moving the contaminated mine waste from the Silver Valley Natural Resource Trustees repository that has been leaking since the early ’80s,” Arthur says. “(It’s) a continuing source to Canyon Creek of zinc and lead,” she adds.

This year, about 500,000 cubic yards of contaminated waste will be relocated to the new Canyon Creek waste containment area.

Once that’s completed, work on expanding the new waste consolidation area drainage system into the old SVNRT repository, otherwise known as the Lower Burke Canyon Repository, site will begin, she says. That site will hold contaminated materials from sites all over the basin, with the first haul coming from the Hecla Star complex on Burke-Canyon Creek Road, in Burke, Idaho, in 2023, she adds.

The facility was constructed with multiple components to contain the contaminants, including a drainage system under the repository’s foundation to keep the contaminants from entering the groundwater, says Kyle Richards, senior program manager for the Coeur d’Alene Work Trust.

Once the structure is filled with the materials, it will be covered with a polyethylene liner, which keeps surface water from running into the containment area, he says.

Funding for the projects comes from a settlement with Asarco Inc. in 2009 that was put into an EPA site-specific account for use in projects to clean up the basin, says Arthur.

The funds are managed by the Coeur d’Alene Work Trust with EPA guidance. Arthur notes the account is unusual, because it is one of the only accounts funded through settlements not managed directly by the EPA. The settlement was about $450 million, but because the funds have been invested over the years, the total value of the fund has grown to about $650 million for projects in the basin area, she adds.

“It’s one of the few Superfund sites in America where more work gets done and more money keeps turning up,” says Richards.

The Coeur d’Alene Work Trust was created in 2009 following the Asarco bankruptcy proceedings to manage the funds and oversee the cleanup activities at the Superfund site.

Over at the Ninemile basin, crews began hauling about 30,000 cubic yards of waste from the upper portion of the Lower East Fork Ninemile Creek riparian site to the East Fork Ninemile Waste Consolidation Area, about 10 miles northeast of Wallace.

Upgrades also are planned for Gray’s Meadow, which is in the Chain Lakes area of the lower Coeur d’Alene basin, near the Trail of the Coeur d’Alenes, about five miles east of Harrison, Idaho. Starting in mid-September, crews will upgrade the Cave Lake wetland pumping infrastructure at Lamb’s Peak, just west of Black Lake. That work includes the widening of the road running adjacent to the Trail of the Coeur d’Alene’s. That area, which is located adjacent to Black Lake and is about 40 miles south of Coeur d’Alene, covers about 700 acres of former agricultural property that will be converted into wetland and riparian habitat, says Kim Prestbo, remedial project manager with the EPA.

Prestbo works on projects in the lower basin, which includes about 37 river miles along the main Coeur d’Alene River, starting at the confluence with the North Fork and South Fork of the river, about a mile northeast of Kingston, Idaho.

The project is currently about 60% designed but will include infrastructure upgrades to shift the clean water drained from the fields away from Black Lake and into the Coeur d’Alene River, she says. Infrastructure work will start in September and wrap up in December.

The goal of the project is two-pronged: first, to minimize the amount of lead deposited into the floodplains and second, to reduce the health risk to humans and waterfowl, says Prestbo.

“By creating more acreage of clean feeding habitat, we hope to … shift waterfowl use from more contaminated wetlands to clean, attractive wetlands,” she says.

The EPA has already completed about 400 acres of wetland remediation in the area, she adds. Once the Gray’s Meadow project is completed, there will be about 1,200 to 1,500 acres of clean wetlands, she says.

The Coeur d’Alene Basin Cleanup, also known as the Bunker Hill Mining and Metallurgical Superfund Site, was designated as a national priority in 1983. The area, located in the Coeur d’Alene and Spokane River basins of North Idaho and Eastern Washington, spans 1,500 square miles, according to the EPA. Mining operations in the area known as the Silver Valley within the upper Coeur d’Alene basin began in 1883 and continue today.

Historical mining and milling operations disposed of tailings, or residue from ore separation, in rivers and streams, which led to contaminants spreading through the floodplain of the South Fork Coeur d’Alene River. Over time, soil, sediment, groundwater, and surface water became contaminated with heavy metals, such as lead and zinc.

Since the site’s addition to the national priorities list, the EPA and its partners have been working to clean up the site, though a complete cleanup will take decades.

Since 1983, the concentration of lead in the blood of local children has declined more than 50%, according to the EPA. Over 7,000 yards of contaminated soils have been cleaned up throughout the Superfund site since the early ’90s, adds Arthur.

At the junction of the South Fork and North Fork of the Coeur d’Alene River, total lead in the surface water has decreased by 75%, adds Prestbo, who asserts that the top-to-bottom approach of starting on the upper basin to reduce contaminants flowing downriver has been effective.