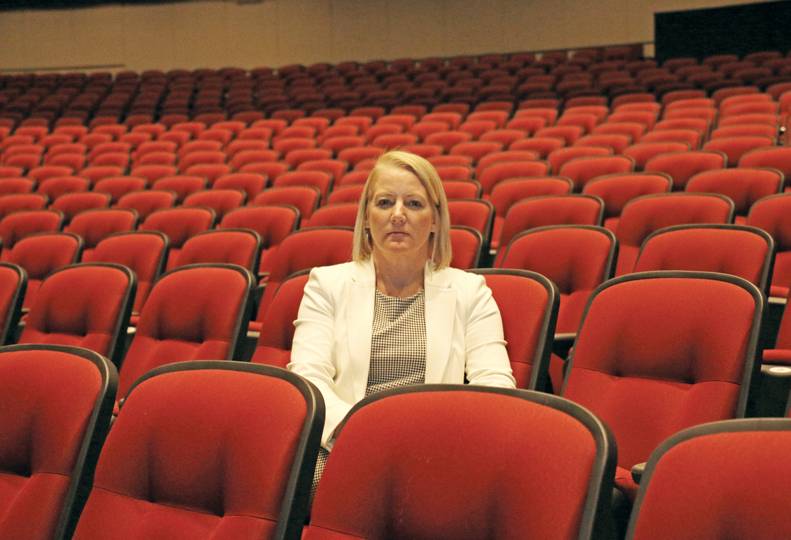 -Virginia Thomas
Spokane Public Facilities District CEO Stephanie Curran says all events at the PFD’s venues through May 15 have been canceled or postponed.

By Friday, March 20, Spokane had lost more than $35 million in anticipated economic impacts as events that had been scheduled to take place in the Spokane area were canceled or postponed due to concerns over the coronavirus outbreak.

Spokane Public Facilities District CEO Stephanie Curran says after the NCAA canceled all of its events on March 12, she saw a cascade effect as more and more organizations called to cancel or postpone events that had been planned to take place in the next few months. The PFD operates the Spokane Veterans Memorial Arena, the First Interstate Center for the Arts, and the Spokane Convention Center.

All events at those three venues through May 15 have been canceled or postponed, Curran says -- in total, the PFD has lost more than $2.8 million in event revenue so far. For context, the PFD reported $60 million in total revenue for 2018.

He estimates an additional $6 million in anticipated economic revenue has evaporated from other sports events that were cancelled this month.

“The impacts are pretty dramatic,” Sawyer says. “What would normally have been a really big month for sports has turned out to be a flat line of impact.”

Mike Stone, director of parks and recreation for the city of Spokane Valley, which owns and operates the CenterPlace Regional Event Center, says 150 events had been canceled or postponed, as of March 23, although he declined to estimate the economic toll.

Kate Hudson, public relations manager for Visit Spokane, says she had expected to see negative economic impacts of about $9 million from an additional 16 events that had been planned for April. About 30,000 people had been expected to visit Spokane for those events.

Hudson says losing the money those tourists would have spent is a blow to Spokane’s economy that its citizens will end up feeling.

“Tourism is a $1.3 billion industry in Spokane County and provides $1,000 in tax relief per household,” Hudson asserts.

Curran says the PFD is financially stable, but it relies on sales and lodging tax revenues to pay off its debts -- including debt related the $40 million Sportsplex currently under construction on the North Bank area, near the arena.

Sawyer also contends the loss of so much tax revenue could be devastating to the community.

“Sales tax is typically what pays for just about everything in this state,” he says. “We need as many people as possible in town spending money so they can help us pay for all the services that we demand.”

Sawyer says the sports commission will be able to keep the lights on, for now.

“We have to tap into our reserves to keep us afloat in the short run,” he says. “We’ll have to rebuild our resources.”

He says he anticipates a pent-up demand for sports and other events by late summer.

“People are going to have cabin fever,” he says.

Curran also is optimistic about holding events later in the year.

“Almost all of our events have rescheduled,” Curran says. “Quarters three and four (of 2020) should be really crazy, assuming (the pandemic) passes in the next little while. That would be true recovery, which is what we’re all hoping for.”

Stone says roughly 60 of the events affected at the Valley venue have been postponed.

“A lot of people want to ask for a different date later in the year -- they’re optimistic that perhaps their event can take place later,” Stone says. “Our dates in late summer and fall are starting to really fill up.”

Whether events will actually be able to take place later this year is likely to remain unclear for a while.

“We’ll probably know more around the first of June, when we’ll have a better idea of whether restrictions are to be lifted or extended,” Stone says.

If restrictions on large gatherings are lifted by midyear, smaller venues could benefit from a glut of rescheduled events that couldn’t find space elsewhere.

As for events Gonzaga is presenting at the venue, Sims says she’s beginning to plan for programming to start in September.

Economic uncertainty is less of a concern for her staff, Sims says, because the center relies on university funding rather than on rentals for events.

She adds, however, “It affects everyone’s morale, because people really want to have some sense of normalcy and get back to doing the things that we love to do, as far as the work that we’re doing.”