Rub between federal, state law could be smoothed out 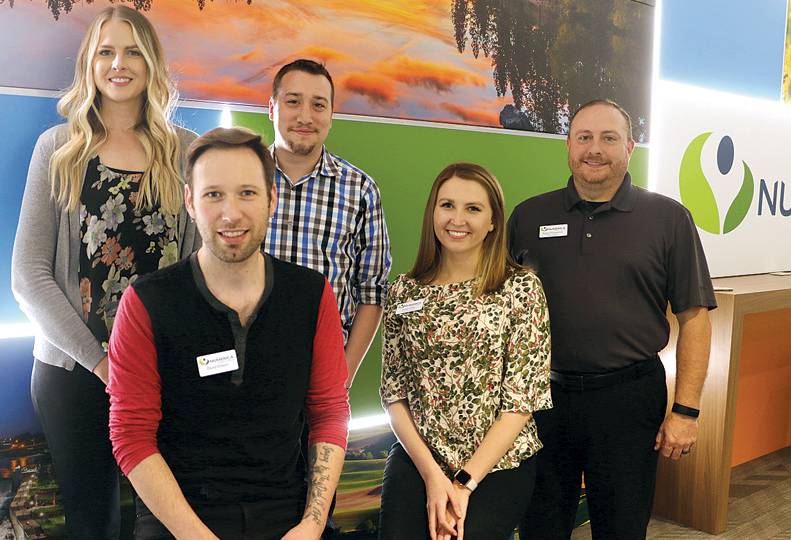 Washington financial institutions and regulators say they’re watching closely several pieces of federal legislation regarding cannabis that could impact how banks and credit unions handle banking for the cannabis industry.

Some, however, aren’t optimistic that such legislation will make it through the legislative process.

Washington state legalized cannabis for medical use in 1998 and for recreational use in 2012, but the substance remains illegal at the federal level. As a result, businesses and individuals associated with the cannabis industry — including growers, processors, retail stores, employees, and investors — often struggle to find financial institutions willing to serve them.

Spokane Valley-based Numerica Credit Union is one of a handful of Washington state-chartered financial institutions that have chosen to serve the cannabis industry. Lynn Ciani, chief risk officer at Numerica, says that by serving cannabis businesses and individuals associated with the cannabis industry, Numerica is committing a federal crime even as it remains compliant with state laws and industry regulatory guidance.

“By taking in these funds, we’re technically money laundering under the federal law,” Ciani says.

She says, however, it’s worth any risk that might be associated with it.

“When I-502 passed, it was estimated to be a billion-dollar, cash-only business within a few years,” Ciani says. “When you look at crime in other states where cannabis was legalized without the ability to use traditional banking, you would see a lot of home invasions and violent crimes. We didn’t want that crime in our community. Our board of directors felt part of fulfilling our mission to build communities is protecting our communities to the extent we can by taking the cash off the street.”

Overall, Ciani says cannabis business accounts make up a small proportion of Numerica’s customers. Just 300 of its 145,000 members are cannabis businesses or employees, she says. Six full-time employees are dedicated to serving these accounts, ensuring Numerica complies with state and industry regulatory agencies, and keeping an eye on legislative and judicial actions that could impact financial institutions that serve cannabis businesses.

That includes watching carefully proposed legislation regarding cannabis that have been introduced in Congress this year.

At least three bills and a budget addendum that have been proposed in the House and Senate would either protect financial institutions that serve the cannabis industry or decriminalize cannabis-related business activities, including banking.

The Secure and Fair Enforcement Banking Act would protect banks and credit unions that serve legal cannabis businesses by barring federal banking regulators from limiting or terminating deposit insurance for financial institutions serving the marijuana industry where it’s allowed under state laws. The SAFE banking act also would prohibit regulators from discouraging banks or credit unions to allow such services.

The SAFE Act passed the House Financial Services Committee in late March; a Senate version was announced April 11. Neither full chamber of Congress has addressed the bill.

In April, the director of the Washington Department of Financial Institutions joined a coalition of financial regulators from 24 states and Puerto Rico to ask Congress to consider legislation that would create a safe harbor for financial institutions to serve businesses operating legally under state law, or that would entrust states with the full oversight and jurisdiction of marijuana-related activity.

Roberta Hollinshead, director of banks for the Washington State Department of Financial Institutions, says the SAFE Banking Act would provide the kind of safe harbor the coalition requested, but the department isn’t optimistic about the fate of the bill.

“We’re expecting that the House will support that legislation, but it has a pretty uphill battle on the Senate side,” Hollinshead says.

The proposed Strengthening the Tenth Amendment Through Entrusting States Act, seeks to amend the Controlled Substances Act, which lists cannabis as a Schedule 1 substance. Under the STATES Act, states, territories, and tribes would be allowed to govern themselves regarding cannabis.

“What the STATES Act would do is basically decriminalize everything,” Ciani says. “Not just the banking of marijuana, but also the use, production, and sale of marijuana in the states where it is legal.”

The bill originally was introduced about a year ago in both the House and the Senate, and later died in committee. In early April, the STATES act was reintroduced in both chambers of Congress.

House Bill 420, the Regulate Marijuana Like Alcohol Act, would federally decriminalize cannabis and allow the U.S. Secretary of the Treasury to issue cannabis business permits. H.B. 420 was introduced in the House in early January; it has been in the Committee on Conservation and Forestry since February.

A draft congressional spending bill currently under consideration in the House would prohibit financial regulators from spending money to pursue banks and credit unions that serve legal cannabis businesses. It would offer narrower protections than the SAFE Banking Act and would be in effect only for the next fiscal year. The spending provision also leaves banks and credit unions open to possible enforcement by the U.S. Department of Justice, which has a separate spending bill.

While Congress considers these options, Ciani says Numerica continues to follow guidance the Financial Crimes Enforcement Network, a bureau of the U.S. Department of the Treasury, released in 2013. Hollinshead says the FinCEN guidance was based on a document referred to as the Cole Memo, issued by then-attorney general James Cole.

The Cole Memo indicated that prosecutors and law enforcement should focus on eight priorities as they relate to state-authorized cannabis industries. Those priorities include preventing the distribution of cannabis to minors, preventing revenue from cannabis sales from going to criminal enterprises, gangs, or cartels, and preventing cannabis from being diverted to states that haven’t legalized it from states that have.

The Cole Memo was rescinded by former U.S. Attorney General Jeff Sessions in January 2018, but Ciani says financial institutions that serve the cannabis industry continue to follow FinCEN guidance. For example, she says, banks and credit unions are required by FinCEN to file a Suspicious Activity Report when a cannabis customer opens an account and every 90 days thereafter.

“We go through and look at each one of the criteria that (FinCEN is) concerned about, and we figure out how to mitigate it with our own processes and procedures,” Ciani says.

Stephanie Davidsmeyer, communications consultant with the Washington State Liquor and Cannabis Board, says that organization has a thorough vetting process for each person and business entity associated with the cannabis industry.

“One of the things that has gotten us a lot of praise has been how strict our criminal background check process is, how we take into account financial history for these businesses. We vet every investor,” Davidsmeyer says. “In a landscape where it’s federally illegal to have this kind of business, banks appreciate that.”

However, even with FinCEN guidance and help from the state Liquor and Cannabis Board, many banks are wary of serving customers in the cannabis industry.

“Even though the FinCEN guidance has established a framework by which the banks can monitor and report on this activity, most of our banks and credit unions have chosen not to go into this business because there is still ambiguity,” Hollinshead says.

Even banks and credit unions that do choose to serve the cannabis industry could refuse to offer certain services to those customers.

Ciani says that if something like the SAFE Banking Act were to be enacted into law, providing loans to cannabis businesses and their employees would be far easier and less risky.

“That’s why it’s a largely cash-intensive business,” Hollinshead says. “From a regulatory perspective, if Visa and Mastercard and other financial institutions that provide electronic payments and services have some sort of safe harbor, and they’re able to move forward into this line of business, then it will increase the accountability and the traceability of transactions.”

Protective legislation also would be a boon to smaller cannabis businesses, Davidsmeyer says.

“A lot of these businesses are smaller. They are in desperate need of capital, and with the limited banking that we have currently, they just can’t get it very easily,” Davidsmeyer says. “If banks weren’t being punished federally for this, I imagine getting capital would be a whole lot easier for cannabis businesses.”