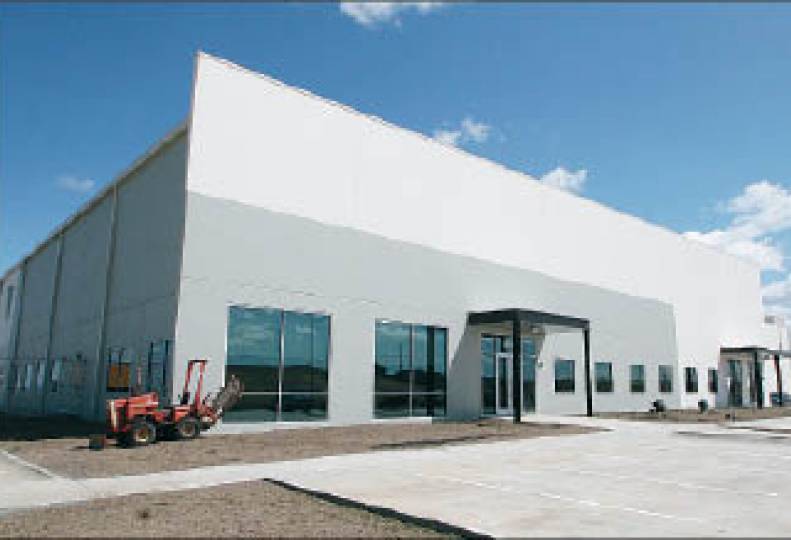 If Spokane County and the cities of Spokane and Airways Heights put a revenue sharing program in place, County Commissioner Al French says, they can be more aggressive in pursuing economic development, such as the new Caterpillar facility on the West Plains.

Spokane County and two cities that lie within it are discussing a revenue-sharing program intended to curb cities' desires to annex attractive, tax base-rich properties just outside their borders, and one elected official says such an agreement could be in place in the coming weeks.

"I want to promote it right now," French says. "I would like to see it in place by the end of the year. We're pushing to make that happen."

Theresa Sanders, administrator for the city of Spokane, describes those talks as being in their early stages, but says the city sees value in developing a revenue-sharing program with the county.

"If we can get to the point where we have that in place, then it would take away the need to annex for many years to come," Sanders says.

For the county, French says, such a program would preserve its tax base and enable it to project its revenue into the future better, because it wouldn't have to worry about a municipality annexing sections with businesses that provide a strong tax base.

For the city of Spokane, Sanders says, such a program would take away the need for it to spend money extending services to a larger geographic area and allow it to focus on building the tax base within its borders.

One benefit is that it would enable governments to have a more unified front when working to recruit new companies to the region, rather than worrying about which entity would get the tax revenue, French says.

"We're trying to change so we can be much more aggressive about getting the Caterpillars and other major activity to the region," says French, who served on the Spokane City Council for eight years before being elected as a county commissioner three years ago.

A revenue-sharing plan, as currently envisioned, would involve splitting incremental increases in property tax revenues between local governments on new development on light-industrial zoned land on the West Plains. For example, if such a plan were in place when Caterpillar Logistics Services Inc. built its $42.7 million, 562,200-square-foot distribution center on the West Plains last year, the county would share with the cities the increase in tax revenue that occurred from that development.

French says the county is proposing the revenue sharing as a 50-50 split between the county and whichever city is providing sewer and water service to that part of the West Plains.

Much of the retail development that has occurred in the county, French points out, already has been annexed by cities.

A city can use one of three methods to annex unincorporated areas: an agreement with landowners, a public vote, or a covenant through which a city agrees to provide services, usually sewer and water hookups, in exchange for committing to agree to annexation. The latter covenant method stirred controversy years ago when the city of Spokane was looking to extend services into unincorporated areas that now are part of the city of Spokane Valley.

The two most recent annexations occurred last year on the West Plains. The city of Airway Heights annexed 145 acres on its western border that the Spokane Tribe of Indians owns and on which it's proposing a casino and mixed-use development.

Also, the city of Spokane extended its borders westward by taking 10 square miles on the West Plains.

Mayor David Condon took office after the West Plains annexation was in the works, and Sanders says the city's philosophy on annexation now is shifting away from aggressive expansion of the city's borders so that it can concentrate on increasing the tax base within city limits.

While the West Plains annexation will build the city's tax base over time, Sanders says, "Because of the cost of services, it was an expensive proposition."

One factor is that the city has agreements with some outlying fire districts through which the city agrees to pay the district in perpetuity for the revenue it loses after the area it served is annexed. On the West Plains, for instance, the city is compensating Spokane County Fire District 10 for the revenue it lost in the annexation. At the same time, the city has hired additional firefighters and spent nearly $1 million building a new fire station to serve that part of town. Consequently, Sanders says, the city is essentially paying for the same service twice.

One other consequence of annexation is that it adds to more sprawl. The state's Growth Management Act is designed to discourage sprawl through use of urban growth areas and calls for urban development to be located in cities. However, when cities annex, Sanders says, it compels the county to expand the urban growth area boundaries.

Rather than annexation, the city wants to focus on increasing the tax base within its current borders. Data generated by the city show that the sales tax generated per capita is $163, which is slightly lower than the $169 in sales tax per capita in the city of Spokane Valley. Sales tax per capita here falls short of that in the Western Washington cities of Everett, at $213, and Tacoma, at $179.

"We have a lot of development and redevelopment opportunities," she says. "The end goal is to retain sprawl and drive density."

French says the county is talking with a number of parties about potential development on the West Plains, but there isn't a specific project in play for which the county wants the revenue-sharing agreement.

"If we had the partnership stronger, we could become neutralists to area," French says. "We just care about bringing jobs to the county."