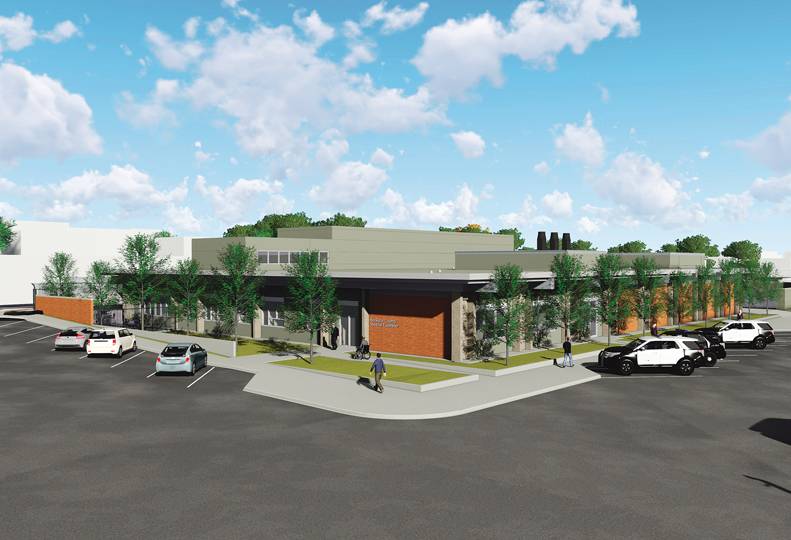 -Bernaro|Wills Architects PC
To be located at 102 S. Spokane, the new Spokane County Medical Examiner’s Office will enable the county to consolidate examiner services at one location.

Spokane County has begun the permitting process for the planned $10 million renovation of a former carpet and wholesale flooring store at 102 S. Spokane, on the edge of the University District, where it intends to move the Spokane County Medical Examiner’s Office.

Jared Webley, spokesman for the county, says the county plans to renovate and expand the 19,800-square-foot structure to 24,400 square feet of space and create a state-of-the-art medical examiner’s facility.

Spokane-based Bernardo|Wills Architects PC is designing the project, and Webley says the county plans to send the project out for contractor bids in mid-March.

The facility is expected to be ready for the Medical Examiner’s Office to occupy early next year.

Upon completion, the facility will have autopsy labs, refrigerated storage, a staff parking lot surrounded by an 8-foot masonry security wall, and a 700-square-foot drive-thru sally port to allow for the discreet transportation of bodies.

Webley says the building also will undergo a complete mechanical, electrical, and plumbing replacement, as well as the renovation of the existing floors to allow for new floors with proper drainage slopes and the installation of a 1,500-square-foot mezzanine for electrical equipment.

The new facility will allow for as many as seven autopsies at once, as well as improved imaging capabilities and body storage, he says.

The medical examiner’s office has outgrown its current quarters in the North Spokane Professional Building, at 5901 N. Lidgerwood, and its morgue at Providence Holy Family Hospital. Both facilities had become outdated, Webley says, and having the two facilities located in separate buildings has been inefficient.

To solve this, the county purchased the space on Spokane Street in 2017 for $2 million, with the intention of moving the Medical Examiner’s Office into the space following renovations.

Webley says the new facility also will be closer to the health sciences programs offered in the University District by Washington State University Spokane and the University of Washington-Gonzaga University Regional Health Partnership, which could allow for medical classes and rotations to be held at the facility.