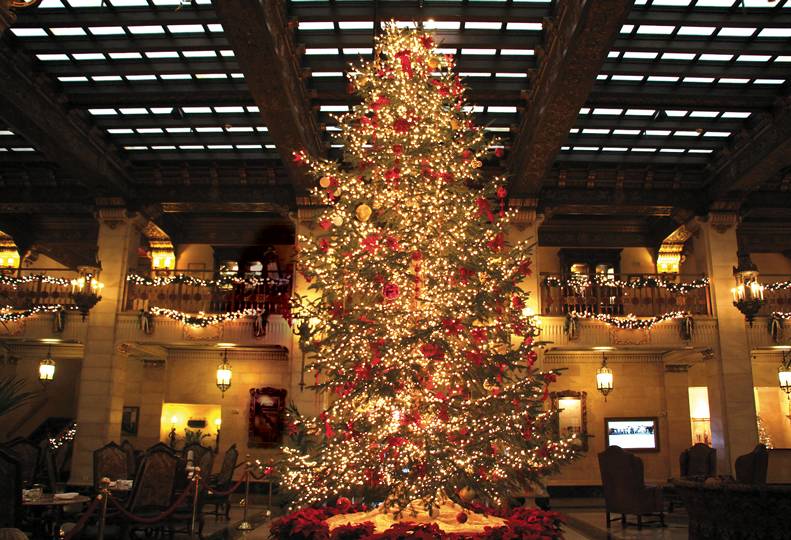 When the Historic Davenport Hotel was being renovated, the energy and excitement behind the project drew in Lynnelle Caudill, who would soon join the team and become the hotel’s founding managing director when it reopened in 2002.

“It was such a fabulous project. Just for Walt and Karen to have decided to buy it, save it, restore it, and turn it back into a hotel, and a well-known hotel, too. It was one of those passion projects that as soon as I met the Worthys and learned what they were doing, I couldn’t wait to be a part of it,” says Caudill.

Now, with the completion of the sale of the Davenport Hotel Collection, a new generation of owners and operators will become the new stewards. KSL Capital Partners LLC and Davidson Hospitality Group seek to execute a seamless transition, preserve the history and heritage of the hotels, and elevate aspects of which the companies have extensive experience and success in, such as enhancing restaurant menu offerings and overall guest experience.

KSL is a private equity company based in Denver that specializes in travel and leisure, investing in some of the most prestigious hotels in the world. The company also owns Crystal Mountain Resort, in Enumclaw, Washington.

Michael Mohapp, principal at KSL Partners, says that moving forward, the Davenport ownership transition should appear to be seamless.

“Over the next two years, we will just be getting to know the customers and getting to know the properties,” he says, adding, “We look to invest exclusively in the best type of hotels for our portfolio. Although the pandemic has been tough, the Davenport is a great space regardless of the economic cycle. We see Spokane having immediate and long-term growth.”

David Goldstein, vice president of hospitality with KSL, adds, “Our motto is: People, collaboration, respect. We work in partnership with the properties and work to enhance and compliment the heritage of such properties like the Davenport.”

He adds that a number of qualities drew the company to Spokane, citing among them the vibrant community, developments at Spokane International Airport, the completion of the Podium athletic venue, and the overall market.

“There is a groundswell of interest in Spokane,” he says. “We are really excited about everything that is going to happen in the short and long term and excited to be a part of this community.”

Davidson Hospitality Group was founded in 1974 and has nearly 50 years of experience as a third-party operator of hotels and resorts, says Sams.

Of the Davenport Hotels collection, four of the five hotels are Autograph Collection Hotels by Marriott, explains Sams. These types of hotels tend to be independent, unique hotels that retain their name and spirit, but are operated within the branded Marriott system. Davidson operates nine Autograph by Marriott hotels in its portfolio, he explains.

“We have a great history of working with brands like Marriott throughout the years to manage their branded hotels within their guidelines and standards, effectively and successfully,” he asserts. “It should be seamless from the perspective of the guest.”

Davidson currently operates 176 restaurants and bars across the 70-plus hotels and resorts that the company manages, says Sams.

“I do think a fresh look at the restaurant and bars and working in tandem with the on-property talent to revisit some of those menu offerings will be one of the first things you see,” he says.

Sams says the goal is for these restaurants to be destination, stand-alone entities that provide exceptional experiences and aren’t known only as “hotel restaurants,” which sometimes can have a stigma.

Grain & Cane at the Embassy Suites Berkeley Heights in New Jersey, The Committee at the Kimpton Cottonwood, Omaha, and Giulia at Emery in Minneapolis are examples of high-quality restaurants operated by Davidson. Sams hopes to bring that same level quality and guest experience to the Davenport Hotels.

Caudill says now, as the hotel collection changes hands, she looks forward to staying on and being part of the Davenport’s future.

“I’m excited about KSL and Davidson. They’re kind of like the Worthys were 20 years ago,” claims Caudill.

In addition, she sees the transition as learning “the Davidson way” and is looking to other possible changes, such as a broader benefits program for the Davenport staff of which the company is hiring extensively.

Caudill says that before the pandemic, the Davenport hotels staffed 1,300 employees. Today, that number is down to 800.

“We have a lot of positions available and are recruiting as fast as we can,” she says. “We’re not fully out of the pandemic as an industry, but 2022 looks like a great year.”

Currently, the company is hiring within all five hotels in housekeeping, engineering, group service, culinary, and management opportunities.

Caudill declines to comment about the Davenport’s recent $3 million class-action settlement with banquet workers, except to say, “I think we did the right thing by the employees. We decided that if there was any question, we are going to settle.”

Although the purchase of a luxurious hotel collection may seem out of step with the impact the pandemic has had on the travel industry, Visit Spokane’s CEO and President Meg Winchester says Spokane did well in the last two years and thinks 2022 will be even better.

“I think if you’re going to look at anything good that came out of COVID, so many people discovered what a great destination Spokane is,” she says, explaining that the organization’s Room to Roam campaign was highly successful in attracting new and returning tourists who were looking for a safe and desirable travel destination.

“We currently have 22 citywide conventions on the books, and that’s just the large ones. If everything holds true, we’re going to have a better year than we did in 2019, and 2019 was the best year convention-wise that Spokane has ever had,” says Winchester.

Regardless of the new transition and recent settlement, Caudill says that the Worthy’s contributions to Spokane have been remarkable, “Walt and Karen both have left such a gift within our community,” she says, recalling Walt’s $5 million renovation of the Hutton Settlement, the 100-year-old group of cottages that began as an orphanage for children left parentless during World War I and today helps children within the foster care system.

“They (Hutton Settlement) were raising funds for their capital campaign. I remember when I asked Walt if he wanted to contribute and he said, ‘Not only do I want to contribute, I want to do it all. Sign me up for all of it.’”

Worthy put together a team that renovated the cottages, their interiors, added air conditioning, and even renovated the kitchen, which wasn’t part of the bid, says Caudill. Even when the pandemic set in and the hotel business took a turn, Worthy said he wouldn’t cancel on them, she adds.

The Worthys had sold their other business properties prior to the sale of the Davenport hotels. With the hotel sale, they announced their intentions to retire.

“I don’t think that the community has seen the last of Walt and Karen. I think we’ll see more passion projects moving forward,” Caudill says.