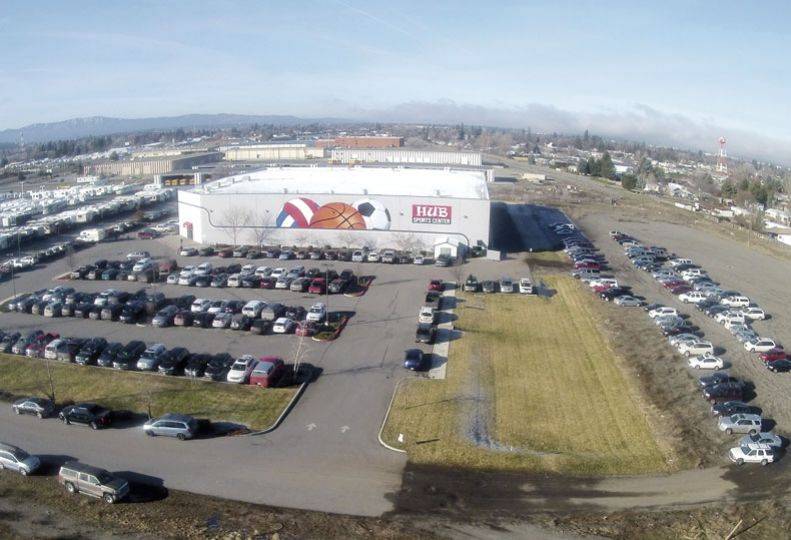 Champlin says plans for development are still in the early phases, and details will be worked out in coming months.

“We have the opportunity to expand our capacity to serve through building some outdoor fields,” he says. “We are currently exploring these options and the best configuration to maximize its use and availability to the youth and community.”

Preliminary site plans call for developing youth soccer, football, and lacrosse fields, and pickleball, tennis, and basketball courts, on a site immediately east of the HUB facility, which is located at 19619 E. Cataldo. The plans also show walking trails, a play area, shelters, parking, a 10,000-square-foot community building, and a maintenance center.

The HUB, which opened in 2007, operates a 66,000-square-foot indoor facility that includes five full-sized basketball courts that can be reconfigured for a variety of sports and activities. In 2022, the center served over 170,000 youths and their families, says Champlin, who has been the HUB’s executive director for 13 years.

Champlin says the HUB anticipates launching a capital campaign for the planned expansion this spring. He hopes the organization can begin construction in early 2024, with a potential summer 2025 completion.

Champlin says he presented the HUB’s vision for expansion and its associated economic impact to the Liberty Lake City Council on Jan. 3, and he requested $250,000 from the city’s Tourism Promotion fund for the project.

According to agenda meeting notes from the city of Liberty Lake, the Council was set to consider allocating financial support to the HUB center at its Jan. 17 meeting, which was scheduled after the Journal’s press time.

The HUB has received a donation that allowed the center to purchase 17.5 acres adjacent to the facility, says Champlin. Spokane County Assessors records show the HUB purchased the project site for $3.1 million nearly a year ago.

Champlin says he showed the Council in his presentation that the HUB brings about $7 million in economic impact to the area each year. The expansion will help lift the annual economic impact to $12 million to $14 million, he estimates.

In November, Spokane County Board of Commissioners allocated $990,000 to the HUB expansion from American Rescue Plan Funds through its Strong Healthy Communities Neighborhood Features, according to the county’s bulletin.