Measure would enable judges to triple damages for fraud against seniors 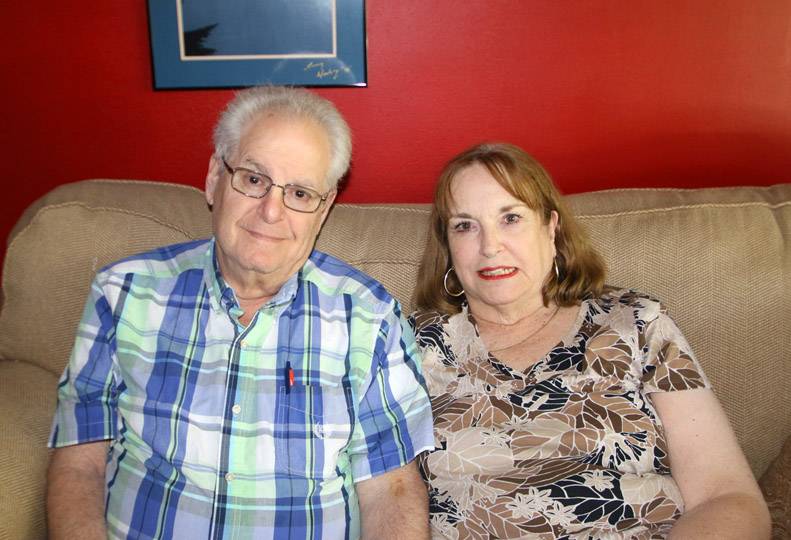 -—Kevin Blocker
Art and Donna Krell say they know of Spokane-area seniors who have lost large sums of money to various scams. Donna Krell is president of the Spokane AARP chapter.

“The IRS doesn’t call you on the phone,” says Donna Krell, president of the Spokane chapter of AARP, the big nonprofit organization that represents the interests and lobbies on behalf of people age 50 and older.

The Krells say they’re in full support of Initiative 1501, a statewide ballot measure designed to increase criminal penalties for perpetrators of identity theft and consumer fraud who target seniors and vulnerable individuals.

If approved by Washington state voters in November’s general election, the initiative would enable prosecutors to charge accused perpetrators with first-degree theft, a class B felony.

Class B felonies carry penalties up to 10 years in prison and fines of up to $20,000. Right now in Washington state, identity theft is a class B felony only if it involves financial amounts exceeding $1,500.

Passage of Initiative 1501 into law also would enable judges to impose civil penalties of up to three times actual damages against perpetrators.

“Crimes against children and vulnerable adults are just despicable,” says Ken Alexander, executive director of the Touchmark on South Hill retirement community, at 2929 S. Waterford. “I was very happy to see this initiative, and I’ll vote for it.”

As it’s currently written, seniors are defined as those age 65 and over. Vulnerable individuals are described as those 60 and over with either the functional, mental, or physical inability to care for themselves.

The initiative also would protect anyone who is incapacitated or is developmentally disabled, regardless of age.

Along with increasing criminal penalties, the measure would change the Public Records Act to prohibit disclosing sensitive personal information of both vulnerable individuals and in-home caregivers of vulnerable populations.

Those protections would apply to the sensitive personal information of care providers contracted by the Department of Social and Health Services, home care aides, and certain family child care providers. The measure would require the state Department of Social and Health Services to report to the Governor and Attorney General about any additional records that should be made exempt from public disclosure to protect seniors and vulnerable individuals against fraud, identity theft and other forms of victimization.

The state’s Office of Financial Management says the initiative’s passage wouldn’t have a significant fiscal impact on state or local governments.

“This initiative addresses a real and growing problem that identity thieves more and more are targeting elderly populations, and we want to hold these thieves accountable,” Lindsay says.

AARP reports that more than half of consumer fraud victims in Washington state are over the age of 50.

The Boston-based National Consumer Law Center says fraudulent telemarketers direct 56 percent to 80 percent of their calls at older customers. The nonprofit estimates that older Americans lose about $2.9 billion annually to financial exploitation, and claims that for each reported cases, more than 40 go unrecognized.

Lindsay, who calls the initiative a “common sense law,” says a recent Elway Poll survey showed a 74 percent approval rating for I-1501 among Washington voters. The Elway Poll is an independent, nonprofit organization that charts polling trends in the Pacific Northwest.

In the Washington state Voters’ Guide, however, opponents of I-1501 say the proposal isn’t what it alleges to be.

“Initiative 1501 was written by the Service Employees International Union (SEIU). Its goal is to rewrite the Public Records Act to prevent in-home caregivers and child care providers from learning they no longer can be forced to pay dues to the union,” reads the argument against the initiative.

The argument against the initiative goes on to say, “Through Initiative 1501, SEIU ensures that it, and only it, will still receive caregivers’ information—even Social Security numbers—so it can continue capturing more than $20 million in dues from these individuals every year.”

In an interview with the Journal, Thurber says lobbying efforts to eliminate certain language in the initiative proved unsuccessful.

“Even though there’s very good parts of the initiative, there are things that as a child care provider would hurt our industry,” she says.

By changing the Public Records Act to prohibit disclosing sensitive personal information of in-home caregivers of vulnerable populations, specifically addresses and phone numbers, Thurber contends that licensed child care providers working from their homes, as she does, lose the ability to network and inform each other about trends in the industry and changes in the law.

“It would disconnect us from each other in a way that I don’t believe would be beneficial for us, parents and the children we care for,” she says.

As for Alexander at the South Hill Touchmark, he says it’s a challenging task protecting nursing home residents from identity theft.

“Our seniors are definitely targets,” Alexander says. “Some people are automatically suspicious, but unfortunately, others aren’t. And for those in the early stages of memory loss and dementia, a lot of them can become too trusting.”

Alexander says that in his three years of employment at Touchmark, he’s seen residents have entire bank accounts emptied because they gave account information to a scammer.

While the Krells say they’ll vote in favor of the initiative, they both wonder about whether or not increased penalties will act as a deterrent.

“Last year, we saw a lot of people in our community here lose thousands to someone pretending to be a prince in Nigeria,” Art Krell says.

The Krells say the scam that was executed asked seniors to send whatever amount of money they could, and in return, the phony prince promised he would generate returns of up to 10 times what was received.

“How do you catch someone when the return address is Nigeria? I can’t tell you the exact number of people that sent money, but it was a lot,” Art Krell says.

Says Donna Krell, “Then there’s the Irish sweepstakes letters that seem to go out every year. You send them a couple thousand dollars and supposedly get back a million.”