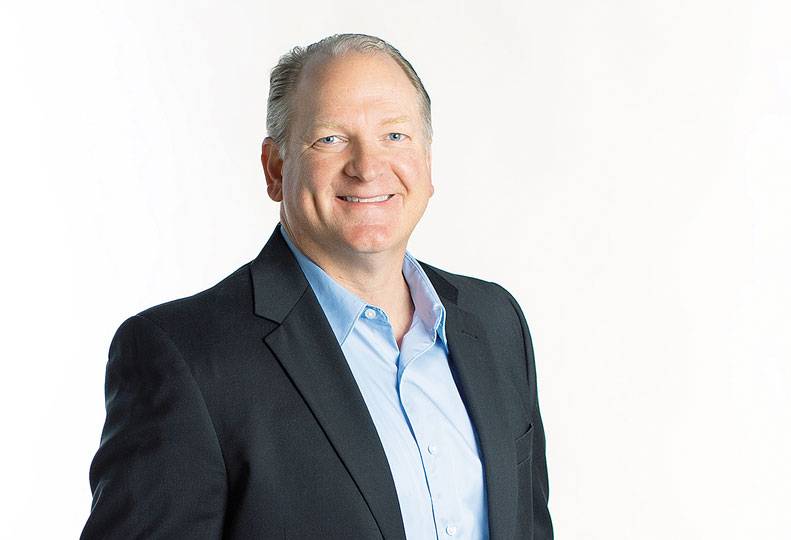 They also have pinched profit margins and shifted focus to noninterest revenue streams, in some cases.

It’s been a year since the U.S. Federal Reserve lowered the federal fund rate – the benchmark interest rate for loans – to 0% in a move designed to kickstart the U.S. economy in the face of the global pandemic.

As a result, Ezra Eckhardt, CEO and president of Liberty Lake-based Spokane Teachers Credit Union, and Greg Deckard, CEO and board chairman at Spokane Valley-based State Bank Northwest, say their respective institutions set record highs in loan activity in 2020 and haven’t shown signs of tailing off in the first quarter of this year.

“January and February of this year have been two of our five biggest months ever,” Eckhardt says.

Regarding the last year, Deckard adds, “We’ve not seen a day off in loan demand.”

The Fed’s move last year continues to drive a surge in mortgage and refinance activity among consumers that Eckhardt and Deckard say they’ve never seen in their professional careers.

Beyond this year, though, they say they’re concerned that a continued low-interest rate environment will only put more pressure on the profit margins of financial institutions.

In the Pacific Northwest, one bank already has cited the low-interest rate environment for having to execute layoffs. The Journal reported at the beginning of March that Walla Walla-based Banner Bank plans to lay off up to 28 employees early this month.

Kelly McPhee, Spokane-based vice president of communications and public relations for Banner Bank, told the Journal, “What we foresee in the coming year is a continuation of this low-rate environment. It’s causing us to take a look and say, what do we need to do over the coming year to make sure that we stay fiscally healthy and sound for the long-term success of the company?”

Steve Scranton, chief investment officer and economist at Washington Trust Bank, says the good news for financial institutions right now is the fact that deposits and loans have grown at most institutions with the help of federal stimulus dollars and federal Paycheck Protection Program loans. People also are spending less money, he says.

The flip side of this low-interest rate market is that while mortgages and refinancing are more affordable, long-term consumers take a hit in their savings, according to Scranton.

“Over a prolonged period, it will be absolutely devastating for savers and retirees,” he says.

Scranton says the key for financial institutions moving forward will be their ability to secure “noninterest revenue sources.”

He points to Washington Trust’s wealth-management division, which helps the institution generate money based off fees charged to customers.

“It’s going to be very important for banks and credit unions to have diversified sources of revenue,” Scranton says.

“What we’re seeing is that consumer confidence is higher as the country’s vaccination rates increase, and the tremendous amount of government stimulus into the economy points to forecasted growth in gross domestic product,” he says.

Deckard says State Bank Northwest saw a 50% increase in total dollar volume of mortgages in 2020 compared with 2019, while the total number of mortgages increased by almost 56%.

While long-term interest rates have risen slightly in recent weeks, it’s hardly been enough to dissuade the red-hot demand for mortgage and refinance activity at the bank, Deckard says.

Deckard has high praise for the federal assistance extended to individual citizens and small businesses.

“To me, it was one of the best targeted stimulus programs the federal government has ever done,” he says. “Personally, we feel more reason to be optimistic than pessimistic.”

With that said, Deckard cautions the amount of debt the federal government has taken on could “rear its ugly head” as quickly as 2022 and 2023.

“At some point, the level of debt is going to eat into gross domestic product,” he says. “Sooner or later, we’re going to have to start paying on that.”

STCU’s Eckhardt says today’s low-interest rate climate has largely been here since the Great Recession, which started in 2008.

“At some point, we have to get weaned back to reality,” Eckhardt says of interest rates. “But I have every confidence in the Fed’s ability to handle that.”

In the meantime, low-interest rates have helped sparked a tripling in STCU’s mortgage loans in dollar volume over the course of the last three years, Eckhardt says.

For the first time in its history, STCU topped $3 billion in assets under management in 2019 while State Bank Northwest currently exceeds a record $197 million in assets.