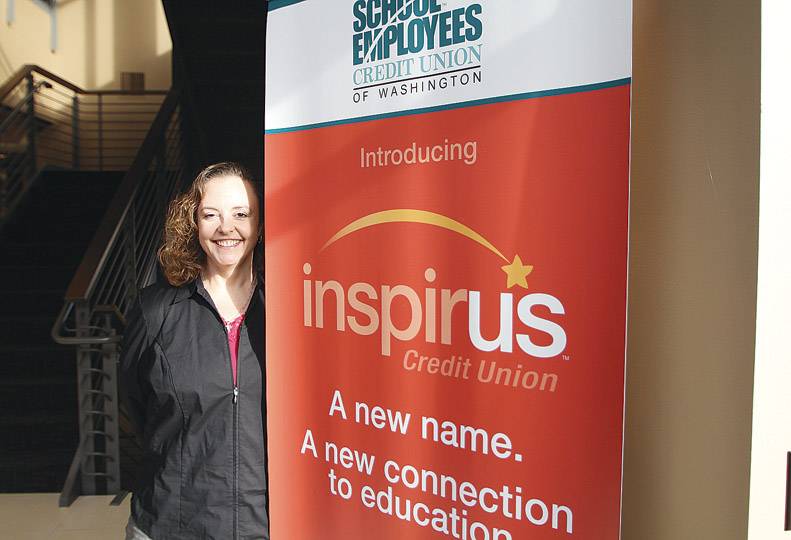 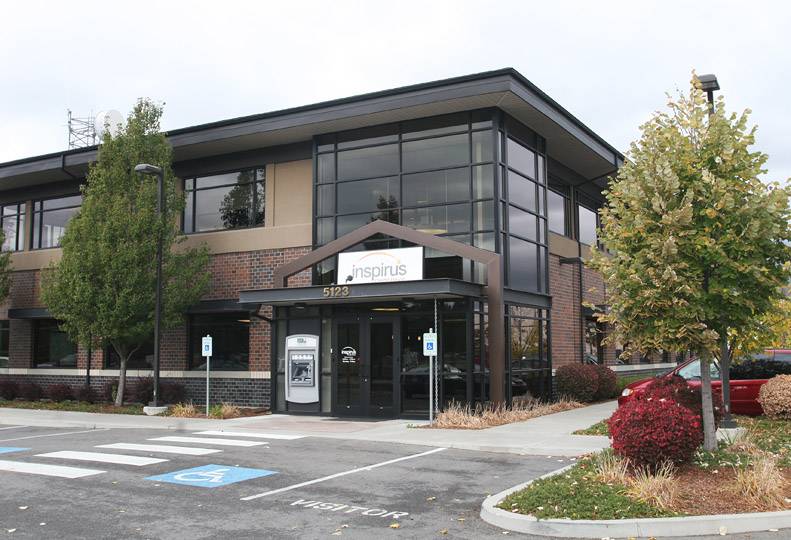 Seattle-based Inspirus Credit Union has stepped up its efforts to add new members in the Spokane area as part of an ongoing effort to reach out beyond its traditionally teacher-based membership, located mostly on the West Side.

Inspirus is the former School Employees Credit Union of Washington, which now operates its branch here in a three-story, 21,000-square-foot building at 5123 E. Third in Spokane Valley. Inspirus occupies 13,800 square feet of space on the first floor and basement level of the building. It previously occupied space in the Freeway Plaza office building, at 1500 W. Fourth.

Wendy Loman, assistant manager of the Spokane branch, says staff members moved into the new location on April 13. “We want to let people know we’re here,” says Loman, who has been employed at the branch here since late 1993.

“We want to broaden our charter,” Lotze says. “We’re interested in serving those who are passionate about education. That often includes parents, grandparents, and alumni, not just educators and staff.”

Founded in Seattle in 1936 by a math and journalism teacher named Robert J. Handy, Inspirus now serves 80,000 members who have historically been employees, mainly teachers, in the education sector. Inspirus says its two branches—one in Seattle and the other here—have $1 billion in combined assets.

“Financially we are very strong,” Lotze says. Inspirus’ year-to-date loan grown is $104 million, and deposit growth is $23 million for 2015, she says.

As of the end of October, Inspirus says, it had nearly 3,400 members in Spokane and Spokane Valley and a little more than 4,600 throughout Spokane County.

The credit union has 22 employees here and a total of about 130 employees statewide. Recently, the credit union expanded its philanthropic model to include education-giveback programs that enable members to direct charitable contributions to schools of their choice in their communities.

Inspirus recently partnered directly with Spokane-area schools to raise just more than $14,000 in its “1% Auto Loan Giveback,” in which the credit union rebated a percent of members’ auto loans—up to $350 per loan—to a local school of the member’s choice. Lotze says the program’s top recipient was the Mead High School Bandwagon Booster Club.

“We’re inspired by our members, who not only give their hearts but their hard-earned dollars to ensure students in their classrooms get a chance for an A-plus education,” Inspirus President Scott Adkins said in a press release last month.

Adkins is a former vice president of lending at Spokane Teachers Credit Union. He went to work for the former SECU two years ago.

The credit union set aside $25,000 in matching funds and already has helped fully fund 43 DonorsChoose.org projects. About 40 projects still qualify to receive matching funds. Requests are pending for art supplies, book bins, microscopes, and many other educational supplies, Lotze says.

Also, before the end of 2015, when credit union members take out an auto loan, Inspirus is giving them $200 to donate to projects on DonorsChoose.org. Those funds are eligible for the match, too, if the member selects a request from a school in need. About 300,000 students across the state have benefited from DonorsChoose.org, Lotze says.