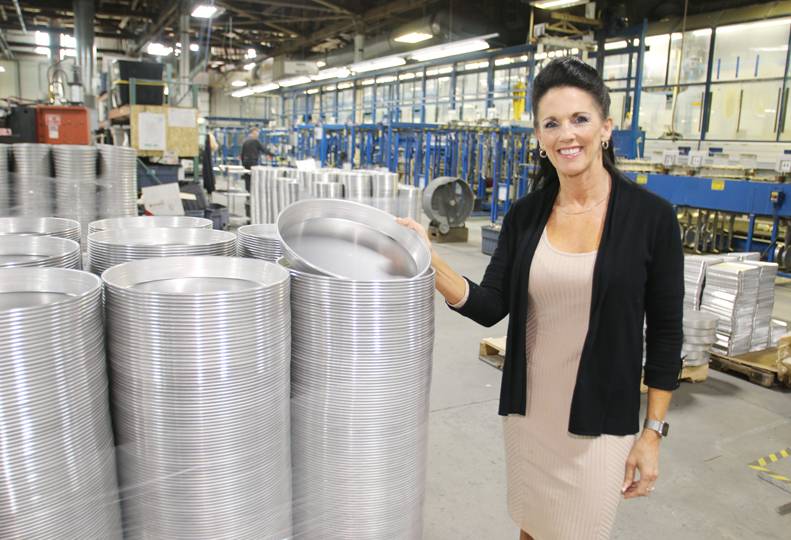 -—Mike McLean
CEO Traci Rennaker says Lloyd Industries’ new affiliate, Lloyd Metal Fabrication, is qualified to manufacture products for use in medical, telecommunications, aerospace, and other industries. An industrial drain pan, inset, is one of its products. 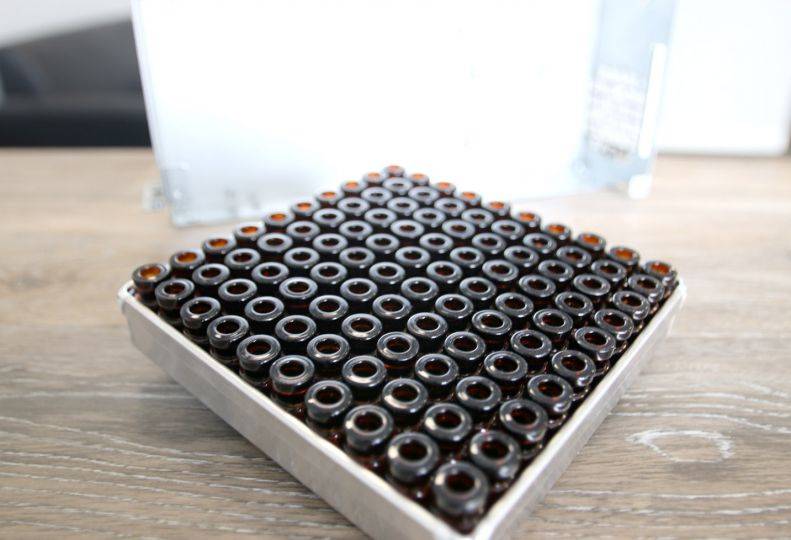 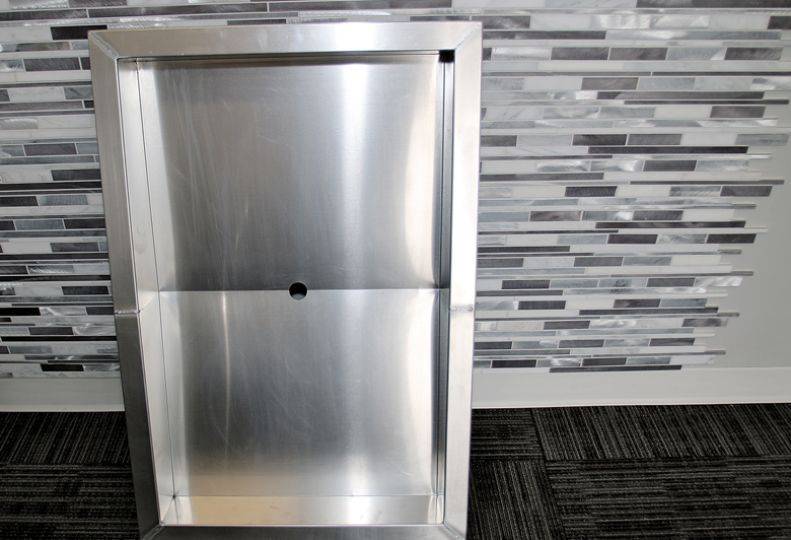 Lloyd Industries Inc., the prominent Spokane Valley pizza pan and bakeware maker, is expanding the nonculinary manufacturing side of its operations with the launch of a newly named affiliate, Lloyd Metal Fabrication, says Traci Rennaker, the company’s president and CEO.

The company unveiled a new website at lloydmetalfab.com in March to differentiate its custom metal fabrication capabilities from its more well-known Lloyd Pans affiliate.

“We’ve got all the machines,” Rennaker says. “Why not open it up to the industrial side?”

Lloyd Metal Fabrication is certified to International Organization for Standardization specifications, a qualification that took most of a year to achieve, she says.

As such, Lloyd Metal Fabrication is qualified to manufacture products for use in medical, solar, telecommunications, and aerospace applications, among other industries, Rennaker says.

Lloyd Industries, which is located in the Spokane Business & Industrial Park, at 3808 N. Sullivan Road, recently doubled its space there to a total of 80,000 square feet to accommodate Lloyd Pans and the new subsidiary.

The company has a full line of equipment for anodizing aluminum products, Rennaker says. Anodizing is an electrochemical process that converts the surface of certain metals to a durable, corrosion-resistant finish.

Lloyd Industries has its own engineering department, which serves its subsidiaries.

“We can help engineer custom products, or customers can send us items they want us to manufacture,” Rennaker says.

“Everything is done in this one building,” Rennaker says.

Lloyd Industries currently has 36 full-time employees and up to 10 temporary employees. Shop employees are cross trained on different metal fabrication machines so they’re not tied to certain tasks, Rennaker says.

She says the company has a low employee-turnover rate.

“We have great employees who care about what they’re doing,” she says. “It makes me work harder knowing employees care so much.”

The plant operates seven days a week with up to three shifts a day.

Rennaker has led Lloyd Industries for nearly six years, having come from another sheet-metal fabricator.

“The owner (John Crow) asked me to help run the company because he was retiring,” she says, adding that she felt the timing was right for her to move on from her previous employer.

“I felt I needed to run a company on my own,” Rennaker says.

During her tenure, Lloyd Industries has more than doubled its annual sales, mostly through growth in pizza-related culinary products, which make up 75 percent of the company’s sales.

“The culinary side was always what we’re great at,” Rennaker says.

“We have customers all over the world now,” she says. “It’s fun to work with people from different countries coming over and buying made-in-the-U.S.A. products. We even have a distributor in China who buys products to sell over there.”

In all, the company manufactures more than 4,000 products, she says.

For the consumer market, another Lloyd Industries subsidiary, Lloyd Pans Kitchenware, makes products sold in stores, on Amazon.com, and through the lloydpanskitchenware.com website.

As with commercial products, many of the consumer products are made of hard-anodized aluminum with a proprietary coating that’s a durable, metal utensil-safe alternative to conventional nonstick pans.

The company’s goal is to keep lead times under 15 business days, Rennaker says.

“We’re known for our speed from quote to manufacturing,” she says. “We’ve been known to be able to quote a part and get a prototype out in a day.”