McKinstry to double size of operations in Spokane 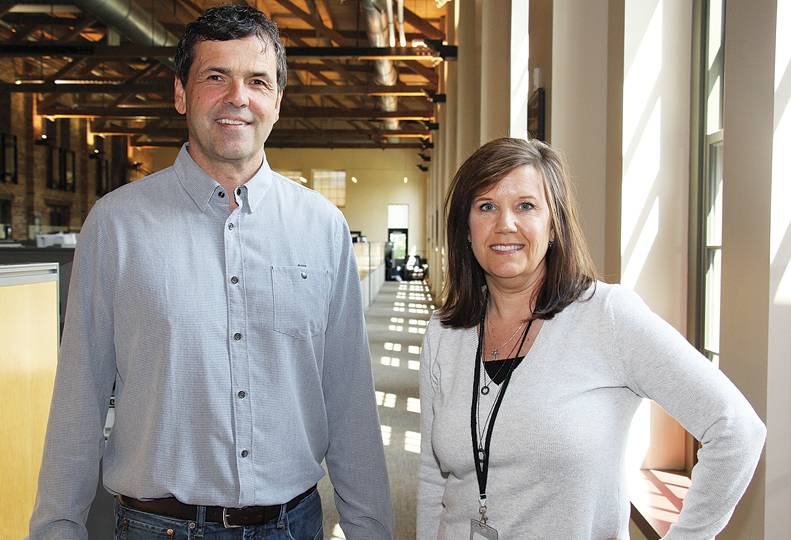 Seattle-based McKinstry Co. LLC, a construction and energy-efficiency contractor, is expanding here and expects to double activity at its Spokane-area operations by 2025, says Dale Silha, the Spokane-based regional vice president.

Specifically, the company anticipates doubling the number of projects it handles here annually and will likely double its employee count and annual revenue, he says.

Silha says he expects most of the growth will come from energy sharing and waste-to-energy projects, which have been receiving increasing interest from large companies and governments committed to going 100% carbon free.

It was this expectation that led the company to hire Christie Hoffpauer as the new director of business development for its energy team in the Inland Northwest.

“It’s an evolving and growing business,” Silha says. “There’s a trend now, nationally, of creating less carbon emissions, healthier cities, and energy resiliency of moving to more renewables both within the grid and onsite at individual buildings. It’s a pretty significant push … so our view is we need to be a major player in that.”

“If we know 50% of the energy in those buildings is wasted now, imagine if we had to build solar farms to account for that,” he says. “If we could actually reduce the amount of energy consumed, and then build the renewable …  it’s a twofold effect: one, it’s more efficient; two, we’re not building as much renewable to make up for it.”

“(We’re) coordinating with Avista to install battery storage and upgraded control systems within the buildings and tying that information system to be able to connect into the energy grid through Avista,” he says. “So, it’s not only a project that will incorporate efficiency and renewable generation, but it’s also a learning lab to experience and learn how buildings can better integrate and act in relation to the electricity grid.”

Ash Awad, Bellevue-based chief market officer, adds that McKinstry does a variety of projects, including installing a large central plant, installing a fire sprinkler system, performing an energy retrofit, or putting in a wireless system.

“It’s really quite an eclectic mix of stuff that we do for customers,” he says.

Silha says the company also works with clients to create a phased plan, in which the company performs an assessment to determine where in an organization energy and systems use could be optimized, and then it helps set up a funding plan, where it works with the company to obtain money dedicated to efficiency projects.

McKinstry, which Silha describes as a design, build, operate, and maintain company, is then actively involved during every phase of a project, from conception to doing simple maintenance on the structure 30 or 40 years down the road.

Silha expects growth also will come from continuing to build its strong client base in the Spokane area, which includes Eastern Washington University, Washington State University, the city of Spokane, MultiCare Health, and Avista Corp.

McKinstry currently is performing assessments of the city of Spokane’s mechanical and electrical systems and equipment to find areas it could optimize and cuts costs citywide, Silha says.

It also recently has started a new project with MultiCare, in which McKinstry is assessing the equipment, systems, and energy performance across all hospitals and medical clinics within the Spokane area to find where MultiCare could optimize energy and building use.

One of the company’s biggest pushes is to show that innovation and creating efficient buildings doesn’t have to come at a premium price, Awad asserts.

The company is determined to prove it through its partnership with Avista in the development of the $40 million, five-story, 160,000-square-foot Catalyst Building, part of the larger South Landing project, currently under construction on the southern edge of the University District, which Awad says it will accomplish through rethinking the supply chain, cutting intermediary costs, and removing unnecessary components.

The Catalyst will be a zero-energy, zero-carbon building, Awad claims.

“So, when you can build a building that actually is a zero-energy building and a zero-carbon building, in other words in balance with the natural environment right out of the gate, you’re building something pretty special,” he says.

McKinstry also is working on what has been dubbed the Hub, a four-story, 40,000-square-foot building that will host an eco-district on the main floor that will anchor all of South Landing, to create a shared energy hub to reduce energy waste by diverting excess power from a building within the district that isn’t using it to another that could.

Awad says McKinstry strives to make the project replicable for other organizations, and the company has fielded interest from about a dozen other companies and developers interested in doing similar projects.

A project like this is important, he says, not only because it proves an efficient building can be built without costing a premium, but also because it’s good for the environment.

“It’s important that more companies pick up the cause,” he says. “We’ll move the needle where we can; we just won’t be able to move the needle every place it needs to move.”