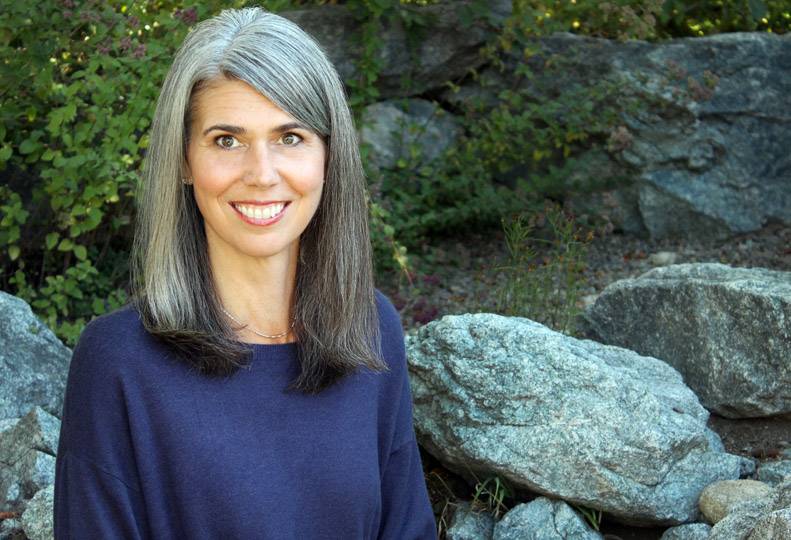 A Newport, Wash., elder law practice headed by a woman who grew up in Spokane has grown substantially since its founding 10 years ago, despite serving a sparsely populated part of the state, and recently opened a Sandpoint office to broaden its client base.

The practice, named Denise Stewart’s Estate & Long Term Care Law Group, leased a 450-square-foot space in the Sandpoint Business & Events Center, at 102 S. Euclid, that still is being built out for the firm’s use and isn’t being staffed full time yet. However, Stewart, who is licensed to practice law in both Washington and Idaho, says she’s eager to grow the firm’s presence there.

“We’re planning on having people staff it. I’m actually really excited about it. I think it’s going to do exceptionally well,” she says.

Stewart launched the practice in 2007 from a home office and initially was its only employee. After a number of moves to accommodate its growth, it now occupies two buildings totaling about 3,800 square feet of space at 418 W. Third in Newport and employs 12 people. That includes her, two associate attorneys, three paralegals, two legal assistants, a director of client services, and three other administrative staff members.

A dearth of other elder law attorneys in that cross-border area northeast of Spokane has contributed to the firm’s quick rise, Stewart says. However, she believes her strong emphasis on educating people about the value of proper planning for their later years has been a bigger factor in the growth of demand for its niche services.

“Demand comes after the education,” she says. “We’re doing a lot of education, a lot of seminars, articles.”

As an example, the firm just began in Sandpoint a three-class series titled “Growing Up – Again! Boot Camp for Growing Older,” aimed at providing attendees with information on how to navigate their or their parents’ retirement years.

The free one-hour, bring-your-lunch classes, held on three consecutive Tuesdays, include a panel of experts discussing the topic of the week. “After Life Transfers” was the topic of the first class, held earlier this week. “Long Term Care” and “Estate Planning & Asset Protection: To Do’s & Techniques” will be the topics discussed Aug. 8 and Aug. 15, respectively. The firm is holding the classes in a second-floor conference room in the business and event center where its Sandpoint office is located. It has held similar “boot camp” classes in Newport.

“Asset protection has become necessary now more than ever, because we are all living longer,” Stewart asserts. “This makes long-term care necessary, whether at home or in a facility. If you do not preplan, long-term care can wipe you out financially—which means there may be nothing left in your estate to leave to your heirs, making a will unnecessary.”

She adds, “So, the focus in elder law is taking care of our client between now and when they pass away, to ensure that their legacy is preserved and they are able to decide whom to give what to in advance, without being forced to give it all to the state to pay for long-term care.”

The law firm’s website, reflecting Stewart’s personal mindset, has a strong educational focus. It includes numerous videos in which she addresses common questions that seniors or people caring for elderly family members might have on a range of elder law topics.

It also includes a range of blog articles with titles such as “5 Tips on How to Choose the Right Executor for Your Estate,” “A Brief Q&A on Washington State Probate,” “Revocable vs. Irrevocable Trusts: Understanding the Key Differences,” and “A Brief Guide to the Different Types of Powers of Attorney.”

Stewart grew up on Spokane’s South Hill, graduated from Lewis & Clark High School, and earned her bachelor’s degree from Western Washington University in 1995 and her law degree from the University of Seattle in 1999.

She traveled for two years and spent some time working in Seattle, but then decided to return to Eastern Washington. Her parents had retired and moved to family-owned property at Davis Lake in Pend Oreille County, about 15 miles northeast of Newport, and she says she moved to Newport to be closer to family. In a brief biography on her website, she describes “spending time at the lake” as one of her favorite activities when not at the office.

Being so close to the Washington-Idaho border, she says, she started to get a lot of Idaho clients, so she obtained her license to practice law in that state. More clients kept coming from Sandpoint and Bonners Ferry, she says, which led to the decision to open the Sandpoint office.

She has three home-schooled sons, ages 13, 10, and 6, that add to her hectic schedule and, she says, make her grateful to have parents close by who can assist when needed.

When she started her law firm, she offered a broader spectrum of legal services, including in the areas of estate planning, real estate, and business. She says she decided to tighten her practice’s focus exclusively to elder law after attorney friend Lynn St. Louis, founding partner of Elder Law Group PLLC, of Spokane, invited her to join the Washington Academy of Elder Law Group, where she later became a board member.

“They are the greatest group of attorneys,” focused intensely and compassionately on the welfare of their aging clients and clients’ family members, she says. “The focus is on care, and it’s such a refreshing thing when you’re a lawyer to be around people like that.”

Of the decision to confine her practice to elder law, she says, “It was a pretty easy transition for me, emotionally and personally as well as professionally. I love it.”

Stewart acknowledges that she initially had “lots of concerns” about the wisdom of restricting her small-town practice to such a niche area of the law and says some attorneys she knew warned her not to do it, suggesting it would weaken the firm’s viability.

However, she says, “I found it to be the opposite. The more narrow we got, the more business we got.”

She adds, “It started to go like crazy in 2012 and 2013,” with business nearly doubling every year, and the firm since then has continued on an upward track.

Tammy Cassezza, the firm’s client services director, says, “One very special detail about Denise is that nobody leaves her office without a hug. She is a very caring, empathetic, and concerned person, and makes an exceptional advocate for the elderly.”