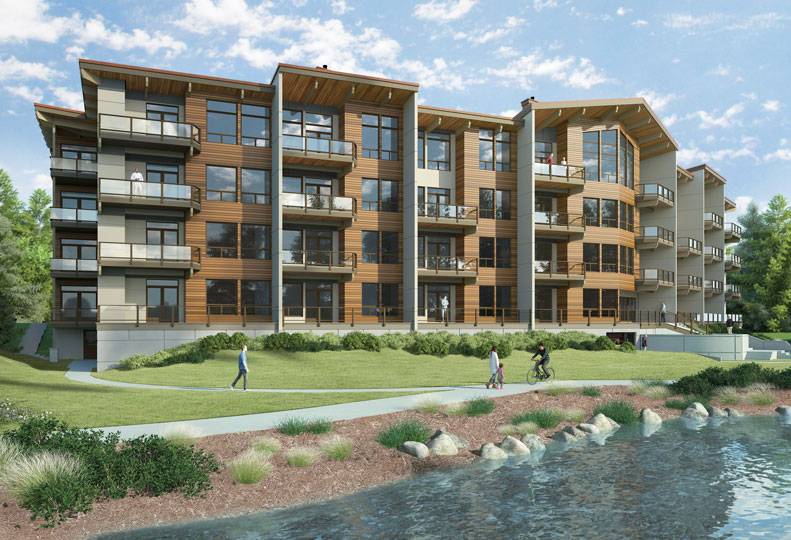 -Eixenberger Architect
The $10 million, 62-unit Glacier Apartments are on track to be completed in November.

The Spokane-area multifamily construction industry continues to add apartments in the area, with three ongoing projects with 222 living units combined and a total construction value of nearly $32 million among the most recent developments.

A 26-unit, $2.4 million mid-rise apartment project called The Retreat at Five Mile is going up at 6515 N. Austin Road, behind the Rosauers Supermarkets Inc. store in the Five Mile Shopping Center. Project owner Brumback Construction Inc. is acting as its own contractor on the project.

Ryan Lewis, property manager and broker for Brumback, says construction started in October 2020 and is expected to be completed in July 2021.

Lewis says walls are going up on the second floor of the five-story, 21,500-square-foot building. All 26 units are either studio or one-bedroom apartments, and rent will range from $905 to $1,500 per month, depending on size. Pre-leasing is going quickly, he says.

Delia Tyrrell, development manager at Project PDX, says construction began in October 2020, and the 77,500-square-foot structure is expected to be completed before April 2022.

Tyrrell says footings and concrete walls have been poured, and construction of the wood framing on the upper floors will begin soon.

Tyrrell says Project PDX hopes to lease a 1,200-square-foot commercial space on the ground floor to a business such as a cafe.

The five-story, 83,000-square-foot building was designed by Coeur d’Alene-based Eixenberger Architect. Baker Construction & Development Inc., of Spokane, is the contractor.

Scott Jay, project manager at Baker Construction, says framing has been completed, and roofing has begun. The project is on track to be complete in November 2021, he says.