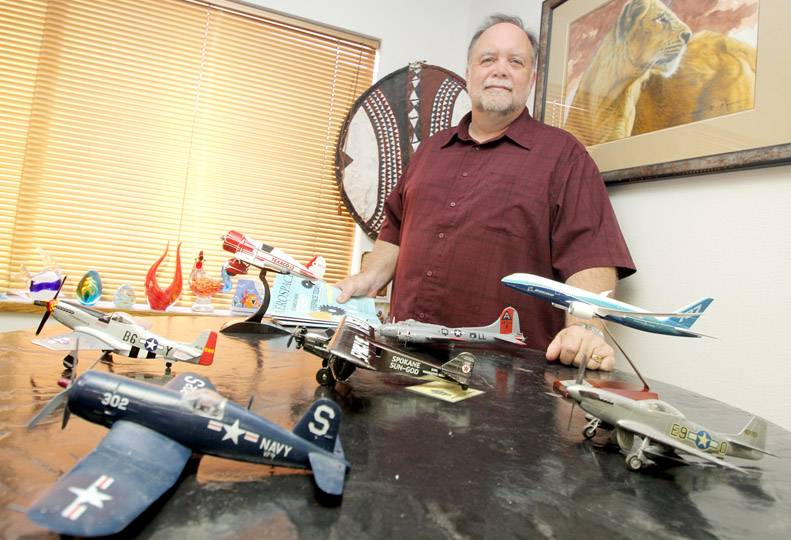 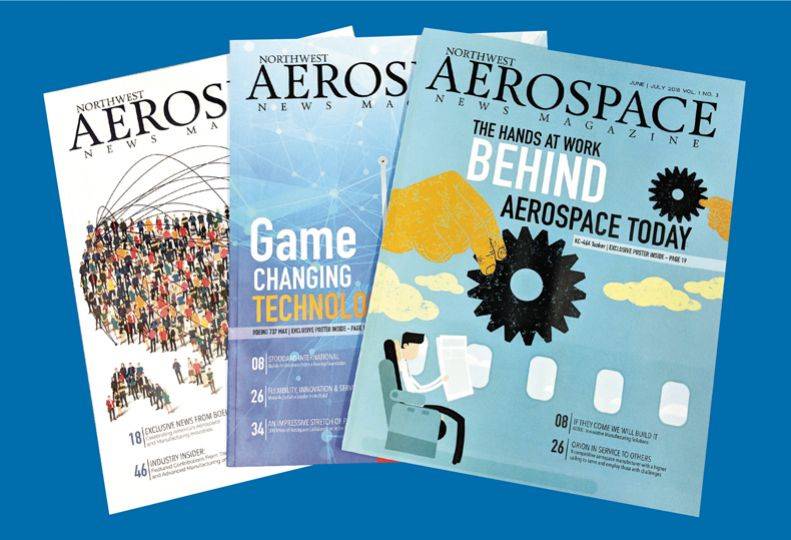 During his 27 years in the aerospace industry, Dean Cameron received hundreds of trade magazines. Most of them, he says, ended up in the garbage can because their content was so similar.

“This was just one of those lightbulb moments,” says Cameron, who is publisher and CEO at Top Drawer Media.

He spent a year developing the idea and conducting market research. His aim was to provide information that he says other industry trade magazines, which tend to focus on high-level industry news, generally don’t.

“Those are needed … but the void that we’re trying to fill is the injection molder, the sheet metal houser, the metal finisher,” Cameron says. “Our focus, our content, is about those Tier Two, Three, and Four suppliers. We want to tell their story—how they got into business, what their corporate culture is like, what sets them apart in the industry.”

Three issues of the bimonthly Northwest Aerospace Newsmagazine have been published since the beginning of the year. While he declines to disclose revenue, Cameron says that the publication is already turning a profit, and he claims the response to the magazine has been overwhelmingly positive.

“I have to say that it has been beyond our expectations as far as being embraced by the industry,” he says.

Top Drawer Media distributes a free print version of the magazine to more than 4,400 people across the U.S. who are involved in the aerospace industry, and nearly 8,800 people in various countries receive the free digital version. Revenue is generated through advertising sales, Cameron says.

From his 450-square-foot office at 708 N. Argonne Road, in Spokane Valley, where he is surrounded by art and model airplanes, Cameron supervises a team of 20 people. Except for Cameron’s wife, Pam, who is the company’s bookkeeper, all of Top Drawer Media’s employees are independent contractors.

“The writers who are on our aerospace team are very experienced in the industry,” Cameron says. “Several of them have decade-long careers in writing about aerospace companies.”

Contributing writer Fiona McKay, who is business development director of the Pacific Northwest Aerospace Alliance, says Cameron’s passion has created a magazine that fills a niche.

“Being a contributor is really awesome because Dean is just this big bowl of energy and heart, and you can tell he’s really passionate about what he’s creating,” McKay says. “We’re mostly focusing on small and medium-size companies. There are a lot of really great companies here, so to be able to showcase them, I’m really proud to do that.”

Articles in the magazine cover a wide range of industry topics, from automation to aerospace education and workforce to defense and unmanned aircraft.

“Those are things that you want to read because it’s something you might not be aware of,” Cameron says.

Cameron’s contacts from his decades with Multifab, as well as his associations with aerospace organizations throughout Washington and Idaho, have played a vital role in establishing the publication.

“By networking with these entities, whose member roles are the aerospace manufacturers, we’re serving a common goal,” Cameron says. “We work with all of these organizations, and we collaborate with them.”

Among those organizations is the Inland Northwest Aerospace Consortium. Staci Nelson, executive director of the organization, says the publication is already proving itself to be valuable in several ways.

“It really has given the I-90 aerospace corridor kind of a platform for showcasing our capabilities not only in the Puget Sound area but across the country and even internationally,” Nelson says. “There’s not been a publication that covers and features the same geographical territory in the way that he does. In this way, he highlights aerospace in the northwest in a way that other publications really haven’t.”

Nelson adds that the magazine has provided an avenue for aerospace organizations in the Northwest to unite and communicate.

Some aerospace organizations and companies contribute editorial pieces, including The Boeing Co., which contributes an editorial for each issue through its Watch U.S. Fly program.

“Since they happen to be the largest aerospace manufacturer in the Northwest, they need a place in the magazine,” Cameron says.

However, the publication’s focus is not solely on companies like Boeing.

“Because we are a Pacific Northwest periodical I want to make sure that I’m grabbing companies from multiple regions, as well as multiple disciplines,” Cameron says. “In other words, I don’t want to publish an issue that has three sheet metal manufacturers or three machinists in the same issue. We really want it to be diverse.”

Cameron says there’s no shortage of topics for the magazine to address.

“There are over 2,000 companies in the Northwest that carry the title aerospace manufacturer,” Cameron says. “I see we have a long road ahead of us to tell the story.”

Every day brings new partnerships and new ideas, he says.

“I’m like a kid in a candy factory,” Cameron says. “I’m learning about new technology, and new companies, and advancements in the industry. I couldn’t be more excited.”