Northwest Bedding to be shuttered 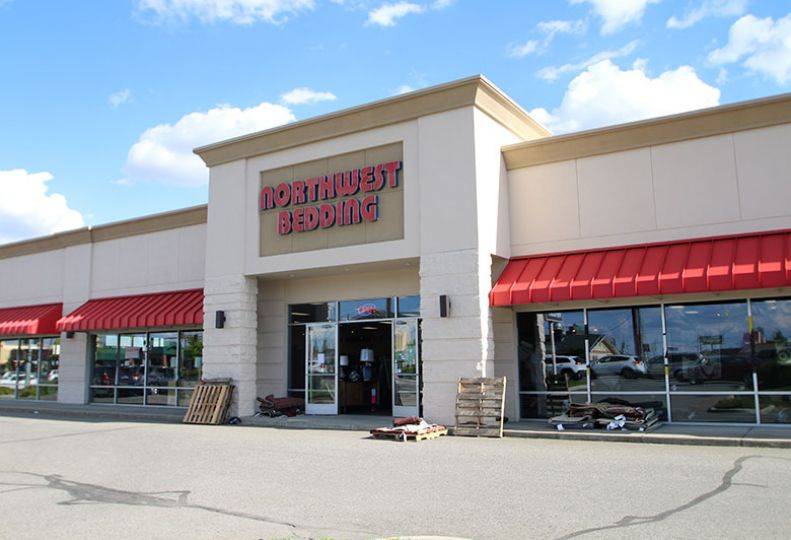 Longtime Spokane-area mattress maker and retailer Northwest Bedding Co. will shut down operations this summer, says controller Lee Kvalheim, citing a lack of a succession plan and an absence of interested buyers in the decision to close the company.

“The majority owner (Robert Evanson) has health issues,” Kvalheim says. “We were unsuccessful in trying to find a buyer for the business. Because of my partner’s age and health, he gave us marching orders to shut down and so that’s what we’re doing.”

The company also operates a manufacturing facility and corporate offices at 6102 S. Hayford Road, where it occupies two buildings of 125,000 and 16,000 square feet, respectively. Evanson owns all three properties, which he leases to Northwest Bedding, Kvalheim says.

“Since the Great Recession, we have come back quite a bit, but in the last year, as certain key managers have left the company, sales have been winding down,” Kvalheim says. “We’re probably going to finish this year under $8 million.”

The number of employees is less than half of what it had been previously, says Kvalheim.

“Just a few years ago, we had an average of 72 employees,” he says.

The company is holding clearance sales at both showroom locations through the end of July, Kvalheim says. An equipment auction is planned for mid-August.

According to the company’s website, Northwest Bedding saw some tumult in the mid-1990s when Washington State condemned first the manufacturing facility and a showroom, located at Sprague and Fancher, in Spokane Valley, and later condemned the North Division store.

Both condemnation actions were taken to make room for planned road construction projects.