Some say business is up; others decry congestion 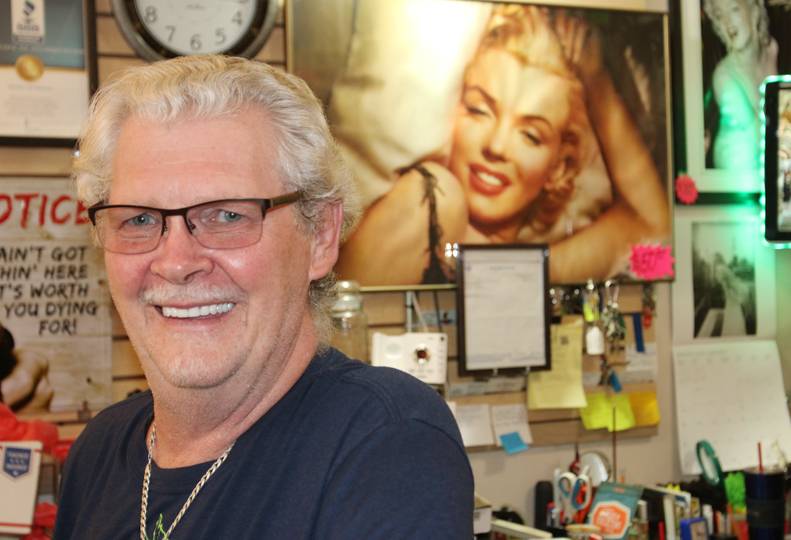 -—Kevin Blocker
Dick Acker, co-owner of Marilyn’s on Monroe antique store, says the shop’s revenues have tripled since the Monroe Street Corridor revamp was completed a year ago. 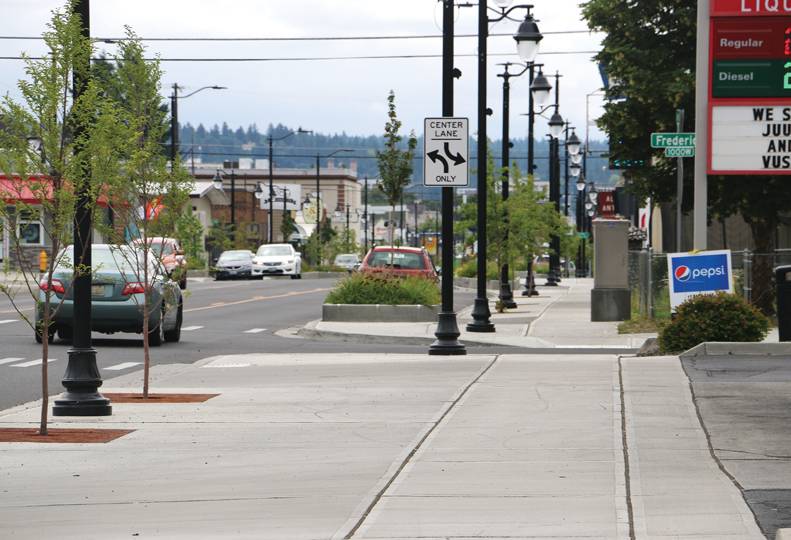 -—Kevin Blocker
The revamp of the Monroe Street Corridor involved widening sidewalks along the north-south arterial, while reducing the number of traffic lanes.

A year after the North Monroe Corridor road diet, some business owners along the slimmed-down thoroughfare in North Spokane say they’re thriving.

Many of the project’s original skeptics, however, say the project has increased congestion and caused other traffic woes, as they had feared would happen.

With the project, the city of Spokane reconfigured a 1.1-mile stretch of Monroe Street between Indiana and Kiernan avenues to its current layout of one lane in each direction and a turn lane; previously, it had been a five-lane street. After eliminating two lanes of traffic, the city widened sidewalks on both sides of the street and beefed up three crosswalk areas with lighted beacons at key intersections.

Despite the fact the street was closed for roughly half of 2018, several business owners say that not only did they survive, but now they’re thriving.

Dick Acker, who co-owns Marilyn’s on Monroe at 3111 N. Monroe with his wife, Debi Acker, says the store’s revenues have tripled since the corridor debuted.

Selling antiques and collectibles, the store has capitalized on showing more items on the expanded sidewalk that now extends to 12 feet beyond the front door.

“Being able to put more on display has allowed us to take advantage of increased foot traffic, and it makes motorists more inclined to stop and come in,” Acker says. “The downside is the extra snow that has to be shoveled in the winter,” he says with a laugh.

The Ackers have owned the business for three years. Though he wouldn’t disclose revenue, Acker says the company draws 1,000 visitors a month, a statistic they didn’t track before construction started.

“I know we didn’t draw this many per month before the street was redone. We’re certainly more busy,” he says.

“We love the Monroe Street project,” says Moody. “The additional lighting, curb walks, trees ... it really has improved the culture of the street.”

Moody says the co-op relied heavily on its website to promote its classes during the months the street was closed.

“For us, it was a little bit different,” Moody says. “It’s not like you’re going to drive by and decide that you want to take a pottery class. Potential students typically start by looking online to search for classes.”

Moody says despite the road construction, work crews were able to create limited access for motorists to get to businesses.

“We were still selling out classes and holding them here,” Moody says.

The project began as a part of an Emerson-Garfield neighborhood plan that the City Council adopted in 2014. Over time, the project sparked some controversy, with some business owners expressing concerns over traffic complications and possible loss of business during construction closures.

A handful of business owners decline to speak publicly to the Journal, but state overall dissatisfaction with the project.

In an interview three years ago with the Journal, Skipper’s Restaurant owner Gary Jarvis said he agreed to serve as chairman of the Monroe Street Business Association, which represented concerns of several business owners. At that time, the association had 18 business-owner members. Attempts to reach Jarvis for this story were unsuccessful.

Another business owner also declines to comment publicly, but says the business association largely has been dormant since the street reopened.

Meanwhile, there are those who say traffic flow along the corridor also has left them frustrated. A traffic light at the intersection of Montgomery Avenue and Monroe Street was removed. That fact, one business owner says, has created a steady traffic flow, making it more challenging for motorists traveling east and west on side streets to cross Monroe.

Acker did say he sometimes worries for his customers, many of whom are seniors, in their attempts to navigate parking on the street.

“When traffic gets thick, and if you’ve found a spot to park, you’re going to have to sit in your car for a while unless you want your door ripped off,” he says.

Before construction began, Spokane attorney Bob Dunn filed a tort claim against the city of Spokane on behalf of some business owners who didn’t want the project to proceed.

“Before the end of the 60-day stay, they decided that the expense of taking on City Hall just wasn’t worth it,” Dunn says.

Dunn, a founding member of the law firm Dunn & Black PS, says he frequently drives along the corridor and remains critical of the project.

“There are no bus turnouts,” Dunn says. “Whose idea was that? It’s not uncommon to see a motorist use the center turn lane as a passing lane. It’s an utter lack of planning.”

Not all agree. In late April, the Washington chapter of the American Public Works Association recognized the North Monroe Corridor effort with its Project of the Year award.

Holmes says the assistance to businesses through the construction disruption played a significant role in APWA’s unanimous selection as project of the year.

Autumn Bunton, one of Urban Art’s founders, had high praise for contractor crews.

“They were very accommodating, and they were working until 8:30 at night,” Bunton says. “The project was well worth it.”

Moody says now there’s a buzz on north Monroe unlike before.

“You can see the project has made some (business owners) pick up their game,” she says. “Keeping things more clean; fresh coats of paint—there’s a new energy here.”

“There’s more of a community-minded atmosphere here now,” says Banka, who started his business three years ago. “You see families out here now. They did a great job getting this done.”