Out There Monthly: Getting out there 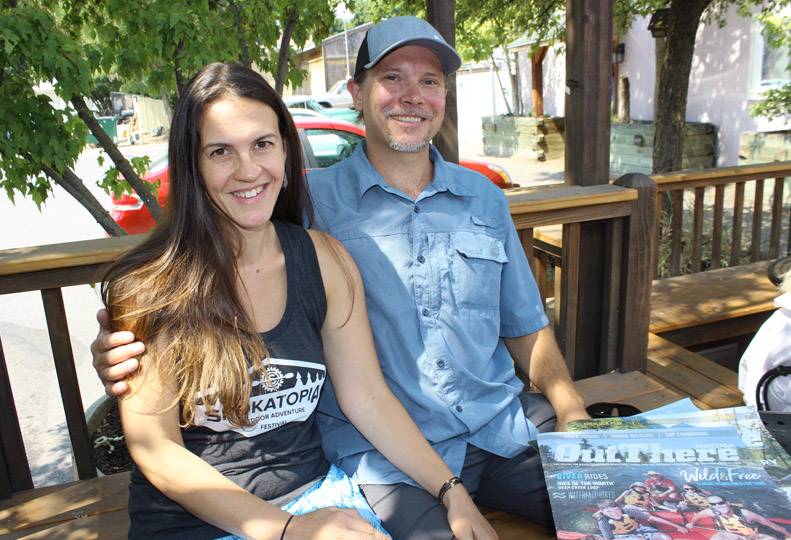 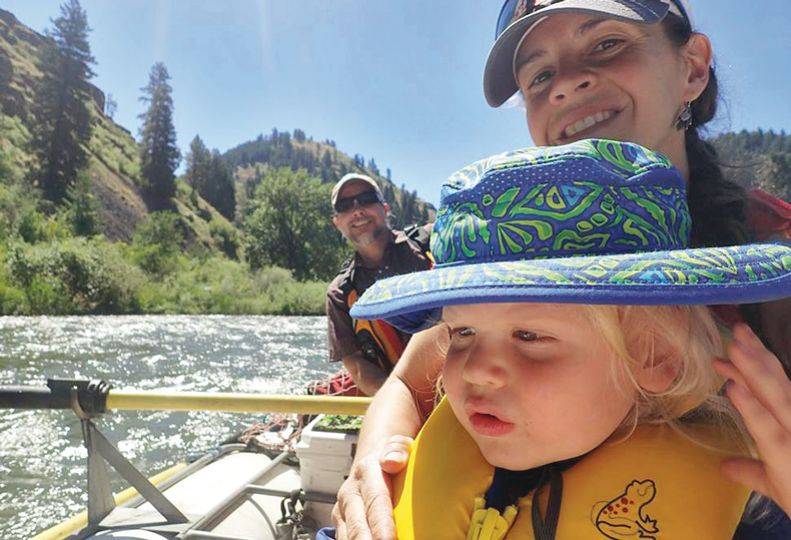 -—Shallan Knowles
Derrick and Shallan Knowles, with their 2-year-old son Remington, raft the Grande Ronde River on a recent excursion. The Knowleses both grew up in the Inland Northwest and have extensive experience in the outdoors.

Out There Monthly, a Spokane-based publication focusing on the Inland Northwest’s multiple outdoor activities, has expanded in more than page count since a couple took over as owners four years ago.

Husband and wife Derrick and Shallan Knowles bought the business in 2013 from founder and former Spokane city councilman Jon Snyder, who first published Out There Monthly in September 2004. Since they began, the Knowleses have increased the publication’s size, built an online presence with website-only material, and launched two themed events that are revenue sources from ticket sales and exhibitor rentals.

“We have tried to broaden the scope of our content to reach everyone from the hardcore outdoor athletes to more of the everyday outdoors people who might not think of themselves as outdoorsy,” says Derrick Knowles.

Two years ago, the couple made a strategic move to combine a couple of issues—publishing 10 times a year—though they retained the name Out There Monthly. It now has one January-February issue and an October-November one, both occurring when outdoor activities slow down.

After combining those, they poured energy into two events.

Last February, the business launched Spokane Great Outdoors & Bike Expo, drawing about 60 vendors at the Spokane Convention Center in partnership with the Spokane Golf Show. Attendees can go between both shows, and the expo drew about 4,500 people seeking expert speakers, demonstrations, and deals on gear.

New electric-assist bikes were popular, he says. “You pedal, but you can kick on an electrical motor boost when you need it. It’s popular for people on the South Hill or people who love to bike, but worry about getting tired on a long ride and need a little extra kick.”

The company’s other event is Spokatopia Outdoor Adventure Festival, which is held the weekend after the Fourth of July and recently marked its third year. “It’s a chance for people to try all kinds of outdoor activities and travel destinations,” Derrick Knowles says.

The outside event at Camp Sekani Park draws about 3,000 people and 50 vendors. Describing both events, he says, “It’s equivalent to one of our magazines in expo format. The same businesses we work with (as advertisers) are there interacting with customers.”

He says the publication four years ago typically had 20 pages. For several issues lately, Out There Monthly has published at more than 50 pages, and generally, it has 40 to 56 pages per issue.

The free publication is distributed at grocery stores, outdoor gear outlets, bike retailers, coffee shops, and restaurants. Since 2013, it’s increased from a circulation of about 20,000 to 30,000 circulation per issue.

Knowles says, “We had the opportunity as a husband-and-wife business partnership to pour a lot of creative energy and passion into it. We started building and expanding it slowly.”

At first, the couple juggled most of the jobs for publishing and distributing, other than assigning articles to freelance writers. More recently, it added a few contractors, including a managing editor and special sections editor. Other contractors help with graphic design and digital work, “because of growth, but also because of us having a baby at the same time the magazine really took off,” he says.

Both he and his wife, along with their 2-year-old, enjoy outdoor adventures when they aren’t working on Out There Monthly from a home office in Spokane’s West Central area.

They both were raised in the region. Derrick Knowles, 42, grew up in Spokane Valley and enjoyed hunting, fishing, hiking, and camping with his family. As he got older, he got into skiing, backpacking, rafting, and rock climbing.

Shallan Knowles, 40, earned a bachelor’s degree in environmental science from the University of Idaho. Raised on a large ranch near Coeur d’Alene, she frequently went skiing, hiking, and horseback riding during childhood. She often traveled along the West Coast with her mom, an artist who sold at craft shows, and the two would frequently hike or explore outdoor areas.

One time on Orcas Island, she and her mom took rented bikes to a mountain area. Her mother pointed out the scenic vista, but they didn’t know that Knowles at age 12 couldn’t see well. “It just looked like a green blur.”

She also had undiagnosed celiac disease, so in childhood, she struggled to do the athletic things her family did, such as hiking. After she later cut all gluten out of her diet, she started enjoying being active. Receiving prescription contacts in college helped too.

“When I finally got contacts, the outdoor world became more beautiful,” she says.

Today, she credits her husband for being “like a human website” regarding outdoor options around Eastern Washington, North Idaho, and the Northwest, plus that he’s the “idea person” behind the publication’s content.

“Derrick is a go-to person for most of the people we know if they want to go do something outdoors here,” she adds. “Someone will text him and say, ‘I’m looking for a four-mile hike, open grassy field to camp in within a three-hour drive,’ and Derrick will give them like four options.”

He has a background both in writing and nonprofit work that included communications and marketing, after earning a master’s degree in technical writing from Eastern Washington University. Additionally, he did freelance writing on the side such as for Alaska Airlines and Out There Monthly from the first issue.

Today, while contributing content themes and ideas, he mainly handles advertising sales along with some writing.

She says many regional residents are like her and enjoy aspects of outdoor life, whether fishing, being at the lake, camping, and biking the Centennial Trail. She previously did nonprofit work as well and met her husband while employed in downtown Spokane.

“I went back to school right after we got married for graphic design,” she says. “I wanted to do website development but about a week before I graduated, we found out the magazine was for sale.”

Adds Derrick Knowles, “We had the perfect background of skills to take over the magazine.”

They say advertising has grown to about four times what it had been, and the business is profitable with income from that advertising and events.

Shallan Knowles adds, “There is a range of accessibility. You can go do a really hard hike, or an easy one. People can do hardcore activities, or ease into it. Maybe that’s why we’re considered more of an outdoorsy place.”