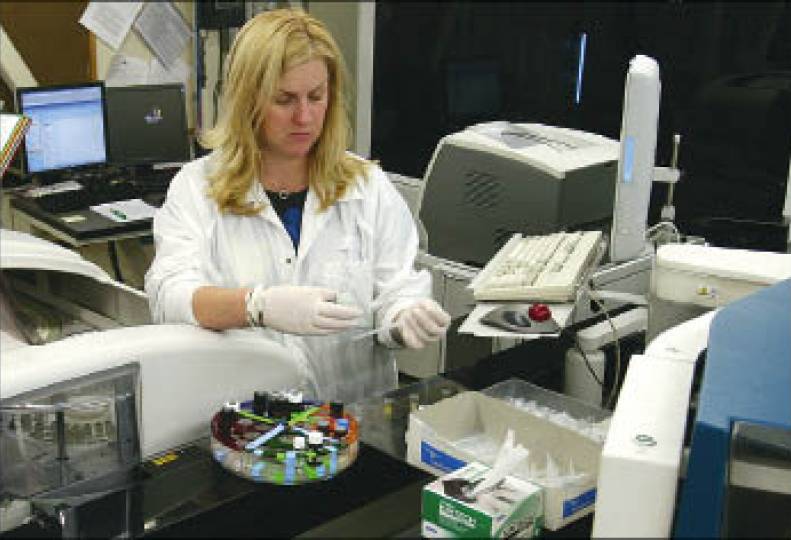 Pathology Associates Medical Laboratories, the big Spokane-based lab known as PAML, has taken one of its biggest steps to date in its quest to become a national laboratory by entering into a joint venture in the Denver area that will serve 13 Colorado hospitals.

That follows a partnership struck last month in Southern California that will add three hospitals to its network, which now includes 38 hospitals in seven joint ventures, up from 22 hospitals in five such partnerships late last year.

Meanwhile, PAML quietly has grown to roughly 1,600 employees, about 850 of whom work in Spokane, and now has annual revenues in excess of $200 million.

Late last year, the longtime Spokane company set the stage for its planned national growth by announcing that its parent, the nonprofit hospital network Providence Health & Services, had agreed to sell a 25 percent stake in for-profit PAML to Denver-based Catholic Health Initiatives (CHI), a nonprofit group with 73 hospitals in 18 states. The $37.1 million investment by CHI created a ready platform upon which PAML could grow outside the region by establishing joint-venture lab agreements with CHI-owned hospitals.

"That really is our business plan," says Noel Maring, a senior vice president and chief marketing officer at PAML. "To take these relationships, both CHI hospitals and non-CHI hospitals, and grow the network. It's really a national strategy."

Maring says PAML expects to sign a joint-venture pact somewhere in the eastern U.S. before the end of the year, and to add two to four partnerships per year throughout the country, each of which could include a number of hospitals.

The joint venture in Colorado, announced Sept. 7, is with Centura Health, which is operated by CHI and Winter Park, Fla.-based Adventist Health System, and is described as Colorado's largest health-care network. The new joint venture, Colorado Laboratory Services LLC, will operate much like other partnerships in which PAML participates, where PAML brings to the party its extensive logistics, technological, and customer-management expertise and its partner provides hospital-based labs and lab personnel in the local markets the ventures serve. PAML also provides more sophisticated testing, as needed, by sending lab samples from the hospital labs back to its big lab here in Spokane, where it has amassed equipment and expertise that smaller, low-volume labs can't afford.

That business model, which PAML began to develop in the latter 1990s, is a big reason for the Spokane lab's growth, says Tom Tiffany, its CEO. The idea is to provide turnkey, back-office systems to hospital-based labs so they can serve not only their own patients, but also compete for other lab work ordered by physicians and clinics in their communities, he says.

"We push work into the hospitals," Tiffany says.

Although having CHI as one of PAML's parents is expected to result in a host of joint-venture labs with CHI across the country, PAML's other recent partnership is with a hospital group affiliated with its other parent, Providence. That partnership, announced Aug. 31, is with Providence Health & Services California, and creates a lab network called California Laboratory Associates LLC, which initially will serve the San Fernando Valley area, northwest of Los Angeles, and will include three hospitals there.

That joint venture is to begin doing business early next year and is expected eventually to provide lab services throughout Southern California, PAML says. Providence Health & Services California, which is part of the same overall Providence organization that operates hospitals here, has a total of five California hospitals.

Joint ventures such as the new ones announced in California and Colorado already represent about 60 percent of PAML's overall business, and are directly related to another 10 percent of revenues, which come from services such as the billing, logistics, courier, customer management, and other systems that PAML provides to the joint ventures and others, Tiffany says.

PAML's other five joint ventures include the big PACLAB Network Laboratories network that serves the Seattle area and Western Washington; Alpha Medical Laboratories, in North Idaho; Tri-Cities Laboratory, in south-central Washington; Treasure Valley Laboratory, in the Boise area; and MountainStar Clinical Laboratories, in the Salt Lake City, Utah, area. Those partnerships, all established since 1995, are with hospitals both inside and outside the Providence umbrella.

Tiffany says he believes PAML's business model of teaming up with hospitals is unique in the industry, and contends that the Spokane-based company "has developed a national reputation for its partnerships and for the integrated nature of its business with hospitals."

PAML, he says, has developed proprietary financial, logistical, and customer-management systems that generally only big national labs would have, adding that its information technology department, located at the company's main lab facility at 110 W. Cliff Drive, near the Sacred Heart Medical Center & Children's Hospital campus, now has about 100 full-time equivalent employees and maintains records for 7 million patients.

That facility, which PAML began occupying in 2001, has 68,000 square feet of floor space on four floors, and already is tight for space.

The lab handles roughly 9 million tests a year and generates about 30 percent of the company's overall revenue, Tiffany says. Reference labs such as PAML provide pathology tests generally involving bodily fluids and ranging from chemistry and immunology to virology, hematology, and infectious diseases. It also does testing in cytology, genetics, and molecular diagnostics.

The lab mostly serves the Spokane area and parts of Eastern Washington, but also does "esoteric" testing, or more sophisticated tests, for the joint ventures it's involved with, as well as other customers elsewhere. The joint ventures currently send between 10 percent and 20 percent of their test samples to Spokane for esoteric tests, says Tiffany.

Earlier this year, PAML established a bioanalytical lab at its main facility, which focuses on the presence of vitamins—including now oft-discussed vitamin D—and immune system support drugs. It also has beefed up its toxicology, genomic, proteomic (study of proteins), and molecular diagnosis capabilities, Tiffany says.

Tiffany says the genesis for PAML's joint-venture business model dates back nearly two decades, when three Palouse-area hospitals, Gritman Medical Center, Pullman Memorial Hospital, and Whitman Hospital & Medical Center, wanted to collaborate to get their own laboratory pathologist. PAML, which was serving the hospitals, helped them hire a pathologist and also set up an in-house lab. Although that work never resulted in a joint venture, a shared-lab relationship among the hospitals and PAML continues today, Tiffany says.

PAML's first joint venture was in the Seattle area, with PACLAB, which includes about a dozen hospitals. That venture, which initially had annual revenues in the $17 million range, now generates about $80 million in revenue a year and controls about 30 percent of the lab market there.

Says Maring, "We have the largest market share in the markets we are in."

Tiffany says PAML's biggest challenge in the future will be handling its growth rate.

"We did five partnerships in 10 years and now we plan to do two to four partnerships each year. How do we support this?" he says. "We're looking at regional leadership strategies. Looking closely at our operations, our IT—understanding what true scalability means. And in the meantime, we're continuing to support the people who got us here in the first place. These are the things that keep me awake at night."