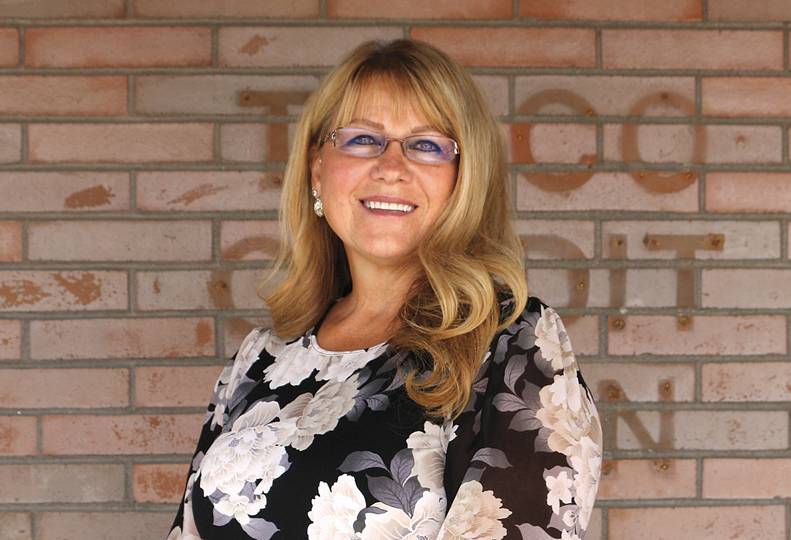 She discovered a desire to lead a credit union, and in 2001, she achieved that goal when she became CEO at Telco Credit Union, now PrimeSource Credit Union. PrimeSource now has three locations in the Spokane area, and about 7,300 members.

Osborn, age 60, will retire June 30, when Annettee Babb, who is currently executive vice president and vice president of operations at PrimeSource, will take over as CEO.

The Journal sat down with Osborn to discuss her career, work-life balance, and the challenges of 2020.

How did you get into the credit union industry?

When I was 17 and in high school, I was in a (career and technical) program called DECA. I was midstream with that, and then my mother fell ill. My mom passed away when I was in high school. It was like, now I need to get a job. I finished high school on my own and moved into an apartment. My DECA person said, here’s a job you can go apply for at Spokane Railway — now Numerica. I went through some different branches and different positions there.

At the age of about 24, I decided that I wanted to become a CEO, because I loved the passion that we gave our members, and I also wanted to make that the passion of our staff internally. I wanted to become that type of leader. I had an opportunity to come to a smaller credit union, which was Telco Credit Union back in the day. I came here as a teller supervisor. It was a lateral move, but I felt that I could make a difference as a leader and could become a CEO in a smaller organization rather than a large one.

What was it about what’s now PrimeSource that drew you here?

When I chatted with the CEO back then, Tom Doherty, it was such a personal connection with him, and I felt that he would mentor me and would give me that opportunity when he would eventually retire. And I never left — I’ve been here 34 years.

How did you become CEO?

In my early years, I just kept progressing within the credit union. There was the conversation with Tom, that someday he was going to retire and myself and another employee would apply for the position. That was the succession plan. But the other person decided she didn’t want that path at the time, because she had younger kids. I stayed with it to be his right hand and to be able to put my hat in the ring for this credit union’s CEO.

What’s been the greatest challenge of your career?

2020 was so quickly changing, and people were scared. You’re trying to deliver that confidence and that message to your staff that it’s going to be okay, that we’re going to reopen and they’re still going to have a job. When we shut our doors — and we didn’t shut ours for very long — it was scary for everyone.

We were trying to deploy people and keep them there, and keep that change and that positive attitude going, and keep our business running as well. We do primarily auto lending, and with auto dealers shut down, nobody was buying cars. It stopped for a minute. We had lots of staff who didn’t have work to do, so we were idle for a little while. It was our board’s mission to not let anybody go, no matter how slow it got, in the belief that we would be back to normal soon. I’m glad to say we lost no one.

I always call my staff family. We know each other’s kids and grandkids. We’re personal in that way. But I felt that we relied on each other in a different, deeper manner. We’ve grown with this. We’ve not lost that connection we gained in 2020, and it’s the betterment of this credit union. We’ve all learned that we can be vulnerable and scared, but it doesn’t matter. We all have each other’s back.

How did you try to reach work-life balance?

It’s a difficult thing. I lived an hour away, and we had kids in daycare. My days were 14- or 16-hour days. I would do my housework at 10 o’clock at night and get up the next morning to start the process again.

That work-life balance is in giving your full attention while you’re here. That’s just who I am. I always say, anybody can give 100%, I’m giving 210%. While I was here, that’s what I did — I gave that focus and dedication while I was here. When I was home, I gave 210% to my daughters and my family.

I had thought at times in my career that they got the short end of the stick because I never got to see a sports game or a concert — I missed all that. When they became parents, I said, I’m sorry. They said, we don’t feel like we missed anything. You were so engaged and so on and we never felt shorted.

As CEO, it’s imperative for me that my team, if you have a family event, we will let you go. We’ll find a way to make sure you attend that. What I experienced, you shall not experience.

Could you tell me about the PrimeSource’s succession plan?

PrimeSource has what we call one-on-ones. Every month, the manager and the employee meet to talk about goals that the credit union has, but also personal goals that the employee has. Where do you want to be? Is this just a job — if you’re great with that, no harm, no foul. But what if this is a career? Where do you see yourself? How can we help you get there? What steps do you need to take to get there? We believe that helps PrimeSource stay viable throughout our 87-year history.

We believe the more knowledge my employees have, the better it is for me. I’ve always felt that there are no secrets. My job should be shared, to the level that it can be shared. If something were to happen to me, I would never want it to impact my staff or my members because I didn’t share my knowledge or part of my job.

That succession planning has been our culture—to cross-train and share that knowledge. The last three years, Annettee Babb has been my right hand. She’s been with me for 21 years. She’s run board meetings by herself. She knows what she needs to know to keep the credit union running and a successful business.

Any other parting thoughts?

I was blessed to have come to what was Telco and to have crossed paths with all of my board members who have believed in me and allowed me to run the credit union. I don’t have a college degree, and it feels good to have made it to this top executive level by my own doing and learning, and with support from everybody around me.