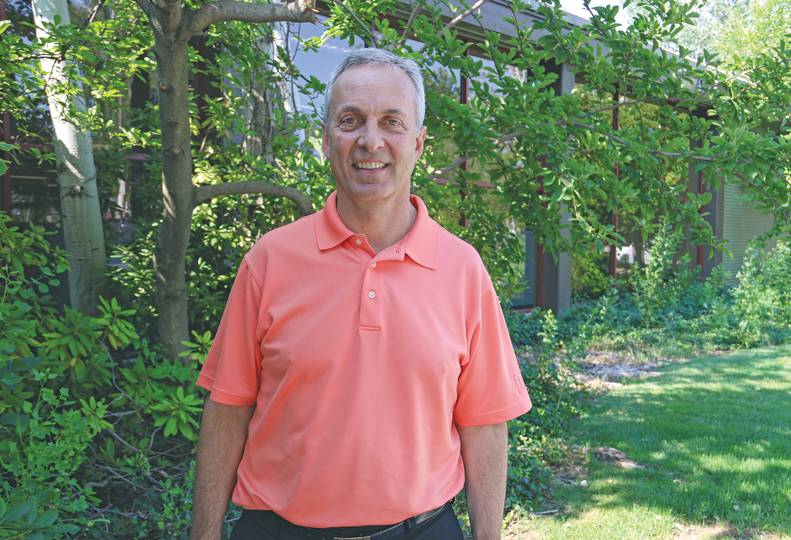 Jeff Philipps has spent nearly 50 years in the grocery industry. Originally from Great Falls, Montana, Philipps says he’s climbed the ladder of the grocery industry from a service clerk at Montana-based Buttrey Food & Drug, where he worked to put himself through college with the goal of going into the banking industry.

Philipps primarily worked in management for Buttrey and its parent company before going into executive roles with grocery companies in Alaska and then in Minnesota. An acquaintance told him about the CEO opening at Spokane-based Rosauers Supermarkets Inc., and in 2000, Philipps was hired.

The Journal sat down with Philipps, age 65, at Rosauers headquarters to discuss his career trajectory, the 2008 roof collapse at the Rosauers store at Five Mile, and the challenges his successor will face.

What drew you to Rosauers?

What’s the most memorable moment of your career?

I’ve had lots of those, but the one thing that always comes back to me is back in 2008, we had a roof that collapsed at our Five Mile store. People talk about culture all the time. They talk about a family environment and commitment. Rarely does a company get a chance to prove that in a very tangible and personal way. The night the roof collapsed, we had 120 employees who were working at the store. My focus was: The store will get figured out—we get insurance to rebuild the store—what are we doing about the people? Within the next couple of days, we met as a group and got the support of our board, which I was incredibly grateful for. Everybody 100% agreed to this plan, that we were going to continue to pay our employees 90% of their wages and 100% of their benefits until the store could be rebuilt. And that pays off, because obviously that message went throughout the chain. People got the sense that this is a great company to work for, they believe in us, they support us, it’s a great place to be.

You’ve been quite involved in the Spokane community – where does that stem from?

I learned this from my mom, particularly. She was very active in giving back, in being involved in school activities when we were kids or her church. She was always a person who believed in giving back. I think the impression was made on me that we don’t all have the same opportunities to give back, but when you do have it, the more you can, the better.

When I first arrived here, Rich Hadley, who was chief executive of GSI at the time, came and visited me, and said, you really need to get involved with GSI. I took his advice, got involved with GSI, and a couple of years later I became the board chair for GSI. Through all sorts of opportunities that came that way, I got involved in other things within the community. I’ve been working as chair of a group of what started out as Mission 2030. We supported getting both of the medical schools expanded here in Spokane. The benefit to that is, we’re building an economy here that’s more than just a service economy. This (will provide) great jobs, great opportunities to keep our kids here in Spokane.

We also have a lot of exodus of our youth, who are looking for something different outside of Spokane because maybe there aren’t enough of those opportunities. I want to make sure that those are here for generations of kids. That has morphed into Life Sciences Spokane, really focusing on how we get life, health, and bioscience companies to come to Spokane and make those opportunities available here.

What’s next for the industry?

We’re seeing more and more artificial intelligence being employed. I think that will continue to evolve. That sort of takes out those mundane jobs. Artificial intelligence can do things that are boring jobs, that don’t need a lot of thought process put into them, which would allow us to then utilize our employees in a different fashion, in terms of personal interactions and more of those one-to-one connections that will help move our business in a different way. I think the future is heading more toward technology-driven kinds of things, but I will also say that I don’t think technology will ever eliminate the need for personal experiences. It will alleviate some of the mundane things, but people still need a personal reaction, they need a personal relationship. That’s one of the things we’ve prided ourselves on: the service element of our business. We want to create an experience for a customer inside of our store, rather than just a shopping trip.

What’s the most pressing challenge facing your successor?

It’s getting more and more difficult to find, hire, and train employees these days. There’s a shortage of people who want to work. At least, there is at the current moment. Who knows how that’s going to change as the pandemic continues to ease and the extra unemployment payments begin to abate a bit? One of the things that we’ve always held a very strong opinion about is that if we take care of our employees, then they will take care of our business, and we’ll be successful in that way. We have a number of stores in today’s environment that are really struggling to find people to come to work. That puts a lot of pressure on the existing staff members to try to fill the gaps. We’ve got to find a way to be more effective at recruiting. I think training is a big portion of how we keep people. When people feel that they’re trained well enough to understand what the position requires of them, they know how to plug in and be successful at that. Those kinds of things are going to be important challenges as we go forward.

You officially retire Aug. 13. What’s next for you?

I’ve got a list of things that I want to go off and do with my wife, things that we’ve had on the list for quite a while. We’re both healthy and young enough to go off and do it, so we decided that now is the time. We’re going to do some traveling on the front side. I’m going to stay involved with some of the nonprofits that I serve on boards with today. There are a couple of community initiatives that I want to continue to be involved with. I serve on the Avista board. As for the rest, the mission is to relax. This job is a 24/7 kind of a deal—lots of emails and conversations and decisions that have to be made. I’m looking forward to putting a little of that in the background. And of course, we have family. We have three kids we’re going to try to spend more time with. We’re going to be more involved with family and friends. I think that’ll be plenty to keep us busy.