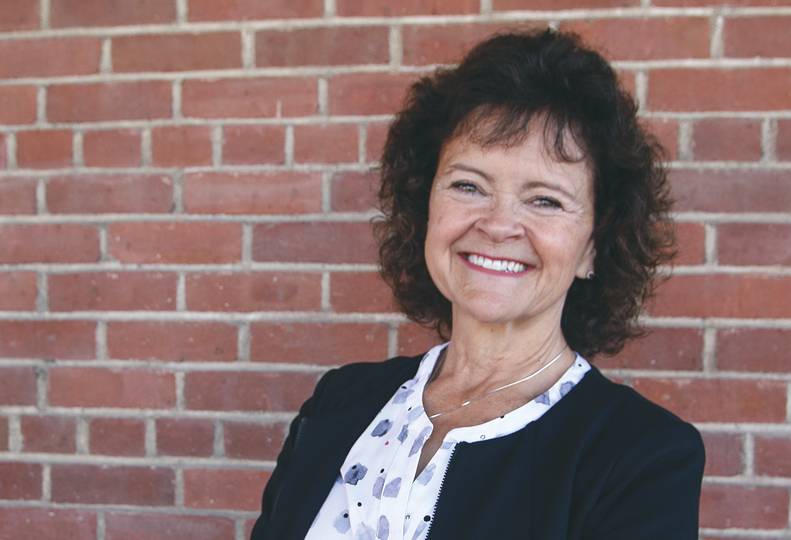 Kim Zentz will transition from her leadership role as CEO of Urbanova to senior project manager in mid-November in a gradual transition toward retirement.

Zentz grew up in Chattaroy and attended Riverside High School, where she was student body president and was passionate about math and science. She is a first-generation college student, entering the University of Idaho in the fall of 1977 and majoring in civil engineering.

Zentz began her career at Washington Water Power, now Avista Corp., where she started out as a transmission engineer. After this initial start, Zentz branched out to several departments from working on hydro projects, to research and development. Eventually, she became founding president and chief operating officer of the Avista Labs spinoff, which now operates as ReliOn, a division of Plug Power Inc.

Between her time at Avista and helping to form Urbanova, Zentz has held leadership positions in multiple Spokane-based organizations, including CEO stints at Innovate Washington and Spokane Transit Authority.

She also currently serves as the director of urban innovation for Washington State University.

Zentz helped to form Urbanova in 2016. That organization focuses on collaborating to develop technology and strategies to enhance resilience and equity in midsize cities. The Journal spoke with Zentz about her career in the intersection of technology and community planning, and what her new transition will bring.

You are not fully retiring but transitioning to an “on-the-ground” role. Why did you choose to do that now in your career?

What I want to do is get closer to the work. Over the course of my career, I’ve had the chance to be CEO and the president. That’s wonderful, but what I want to do next is roll up my sleeves and do the work that we have contracted to do. Urbanova is a small organization with a small staff. I will be there to focus on our commitments while they focus on the leadership transition and where the organization will go next.

As you’re transitioning, what projects are you excited about?

At Urbanova, we are very much focused on improving the equity and resilience for people in communities. The way we do that is we start with the resident voice to understand the lived experience of what people are actually experiencing in their neighborhoods, versus the traditional approaches which are in some ways data driven.

One of our projects is contracted with Avista under their Clean Energy Fund III. This fund is about developing the Eco-District. So, the work we are doing is applying behavioral and economic science research to provide insights, first to Avista on how to get more equitable outcomes when they are extending clean energy benefits to neighborhoods. The end goal is creating something that is scalable and replicable to other utilities as well because as utilities navigate the clean energy transition, everyone agrees that we can get more equitable outcomes.

It’s a research project and we’re looking for new insights that have not been revealed before. I’m really excited about that. I always love a challenge.

Where did this drive come from? Did you always know you wanted to help people in the community?

It grew over time. In the beginning, it was like “OK, I’m a girl and love math and science, but I’m not gonna let that hold me back.” I found support all along the way.

Once I was an engineer, I had to ask myself what I wanted to do with it, and I really wanted to improve society. I didn’t just want to sit at my desk and design roads and bridges and say, “That was very nice.” I want to go further.

Over time, it has become more and more clear to me that you’re going to get more done if you can organize. I also believe that the challenges we face as a society today are so complex, that there really is no way we can get better solutions unless we can come together across sectors, across different types of beliefs and philosophies.

That is what has driven me during the Urbanova part of my career: cross-sector collaborations to improve the social, economic, and environmental resilience and equity in communities. It’s what drives me to step out of the leadership role and closer to the work.

Starting out in your career as an engineer, did you stand out in this thinking?

So, there is another common theme in all the things that I’ve done, and it’s entrepreneurship and innovation. I’ve always believed that innovation happens at the boundaries between sectors, or the boundaries between different ways of looking at things. So, until you can bring different points of view to the table, you’re not going to get any new ideas. You’re just going to incrementally move things forward in little bits.

What mentorships, if any, did you have that helped you develop this perspective?

Avista has always been a company that has always led in being willing to consider other points of view. Now, they could have done it faster a few times, in my opinion, but one mentor who I valued is JoAnn Matthiesen, the vice president human resources and administration at Avista. Judy Cole, who was the director of business and public affairs at Avista, is another mentor.

A lot of my mentors were in fact men. Some of the leaders who have led Avista and Washington Water Power from Wendell Satre to Paul Redmond, to Dave Damiano, and so on. They’ve all contributed to helping me get where I want to go.

When did you first start seeing a significant change in the industry as a woman in technology?

You know, I feel I entered at exactly the right time. So, if there’s a front to the wave, I feel like I had the golden opportunity of that wave. That’s also where you get a few bruises and get thrown back on the beach. And you have to get back up and keep pushing.

I believe the period from the ‘80s to the early 2000s was the beginning of women in tech. Now we’re learning of mistakes that tech has made. If you just look at what has been reported in Silicon Valley and the degree of dissatisfaction of women in tech, they don’t have 50/50 number of women and men in tech, and there is no reason they couldn’t.

As someone who is as ambitious as you, were you ever interested in Silicon Valley?

There are a lot of brilliant people. Great innovations can occur in places other than where all the bright lights and cameras are rolling. I’ve been well content to go and let (Silicon Valley) make their mistakes. The rest of us will learn from them and understand the blueprint for doing better.

Of all your achievements, is there a particular project or period of growth you are most proud of?

Between 2016 and now, Urbanova has brought a little over $5 million in capital to the community. It’s a measurable way of building capacity in the community. In the space called Smart Cities, which started in 2014 and was driven by big tech and big data solutions to solve all your problems, we didn’t take that approach. We said, yeah, it needs to be data and tech enabled but you must start with a real problem a real person in a real neighborhood, in their own words. Then decide if data and tech play a role, if it does.

The smartest city is one that really understands the lived experience of everyone in the community, because any city is only as strong as its weakest neighborhood. Being a pioneer like that and taking an approach that no one else is taking is a risk. And I never shy away from risk.

As you step back from your leadership positions, what do you look forward to doing with your free time?

I’ll be spending more time with my family but also the planet. I think it’s essential for the future of communities to achieve equity in a way that is not forced on society, but because we understand it’s the way we always wanted it to be.