Quietly booming in the Inland Northwest 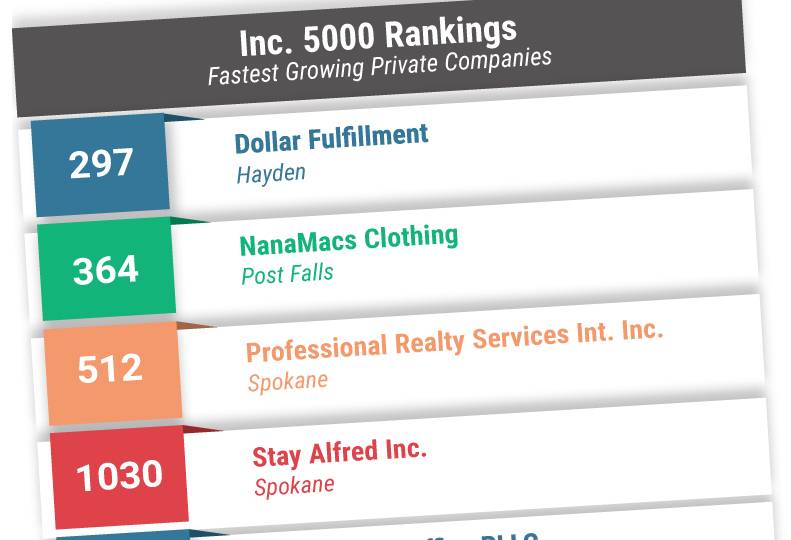 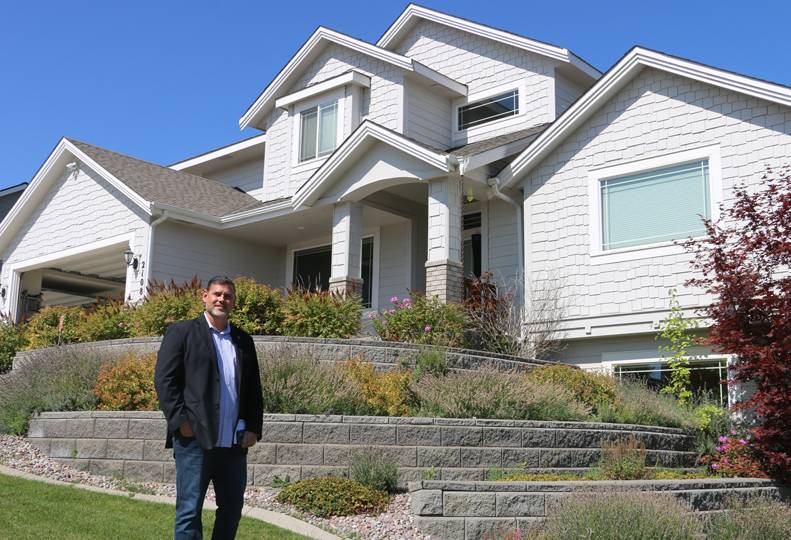 Weekly business magazine Inc. has named 11 companies headquartered in the Spokane-Coeur d’Alene area to its list of the fastest growing private companies in the U.S.—including some that are relatively unknown.

The Inc. 5000 list ranks companies according to percentage growth of annual revenue during a set three-year period. To be eligible, companies must be privately owned, independent, based in the U.S., and have earned revenue of no less than $100,000 in 2015 and no less than $2 million in 2018.

Dollar Fulfillment is so named because fulfillment service is $1 an order. Macek says the company’s approach to everything from pricing to customer service has helped it stand out.

“Our motto is to try to keep things simple,” Macek says. “We really don’t even advertise. All of our growth has been word of mouth.”

Macek and his wife, Janell, launched the company from the basement of their Coeur d’Alene home in 2008 after a friend who had started an online business found that the fulfillment company he’d been working with hadn’t been sending orders.

Last year, Dollar Fulfillment, which has 22 employees, started a second facility in North Carolina. The two warehouses typically ship between 10,000 and 20,000 packages a day, Macek claims.

Dollar Fulfillment has made the Inc. 5000 list for three successive years, and the company is on track for continued growth, Macek says.

“We’ve already done almost as much this year as we did all of last year,” Macek says. “We’ll keep doing what we’re doing, since it seems to be working.”

NanaMacs Clothing also has made the list for the third consecutive year. Owner Jeremy Shute and his wife, Suzy, started the company from their home six years ago. Shute says the company has grown swiftly after the women’s clothing store shuttered its Coeur d’Alene brick-and-mortar boutique in January 2018 in favor of conducting sales wholly online.

“After we closed down the storefront, we saw huge growth: we doubled in size that year,” Shute says.

Shute says part of the company’s growth has been due to mini fashion shows the company has been streaming online in daily Facebook live videos for the past four years. NanaMacs was a pioneer of using live videos to connect with consumers, Shute asserts.

“A lot of women who go shopping like to have or need assistance in putting together outfits,” Shute says. “We’re not just showing it on a hanger; our models are actually wearing it in a complete outfit, head to toe, and we’re selling all those items.”

While NanaMacs saw brisk growth after abandoning its brick-and-mortar store, Shute says the company hasn’t given up the idea of operating a retail outlet altogether — he’s already picked a spot in front of the company’s future warehouse for a potential retail store.

With a larger warehouse on the horizon, Shute says he expects the company will continue growing.

“We’re hoping to see at least another 50-plus percent increase from last year,” Shute says.

The only company in Spokane to break into the top 600 companies on the list is Professional Realty Services International Inc., coming in at No. 512. The company’s revenue grew by more than 850% from 2015 to 2018; for fiscal 2018, the real estate brokerage brought in revenue of more than $27 million.

He adds, “We have them mentored on the first 10 transactions to make sure that they get started right, that they have the best chance of success.”

The company likes to view real estate licensees as limited practice attorneys who specialize in real estate, Webb says, and he wants agents with Professional Realty Services International to be as knowledgeable and professional.

“If they’re going to be limited practice attorneys, we want them to know as much as possible about the things that they’re encountering on a daily basis,” Webb says.

Headquartered on the ninth floor of the Northtown Office Building, at 4407 N. Division, Professional Realty Services International has 800 agents in 52 offices throughout four states and British Columbia. Later this year, the company will open its first office in Mexico City.

The company is selective about its agents, he says, because he wants agents to remain with Professional Realty Services International for decades.