Desmet Quarry project will include 304 units 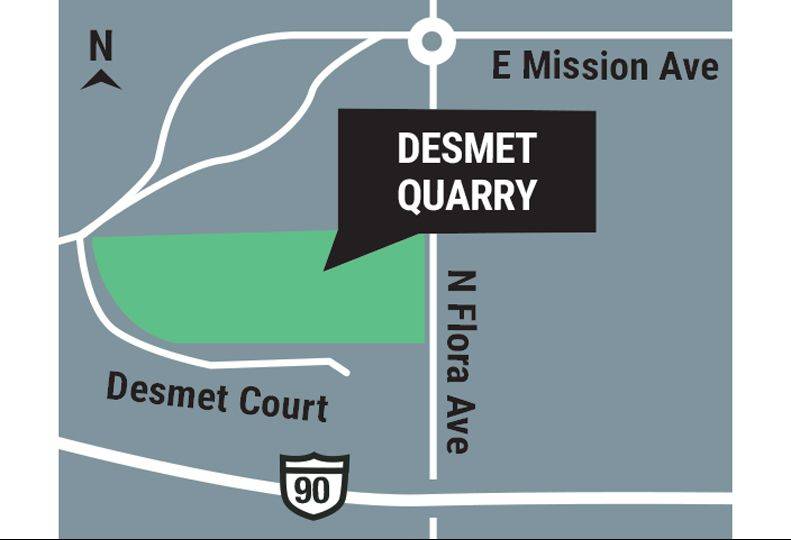 Prominent Spokane developer Lanzce Douglass has his sights set on his next big multifamily housing project, a $46 million apartment complex to be known as Desmet Quarry, in Spokane Valley.

The project, which is being developed by the Spokane-area development company Douglass Properties LLC, will include nine 32-unit apartment buildings, one 16-unit building, at least nine parking garages, and a clubhouse, according to information filed for building permits recently issued by the city of Spokane Valley.

The project is located on about 12 acres of property at 16609 E. Desmet Court and 1123 N. Flora Road, just east of a Hampton Inn & Suites hotel. Douglass bought the property in early 2019 for $3.6 million, according to Spokane County Assessor’s records.

No timeline is indicated on the permit information.

Russell C. Page Architects PS, of Spokane, is listed as the architect on the project. Douglass Properties will act as its own contractor.

The parking garages will have a total of 28,500 square feet of space with 608 parking stalls, plans show.

Plans indicate a clubhouse and a pool also will be included in the project, but permits had not been issued for those structures by the Journal’s press time.

Douglass Properties LLC also developed and manages the 328-unit Trestle Creek apartment complex at 5015 S. Regal, on the South Hill, and the 384-unit Prairie Hills at Grayhawk complex, at 1718 E. Lincoln on the North Side.