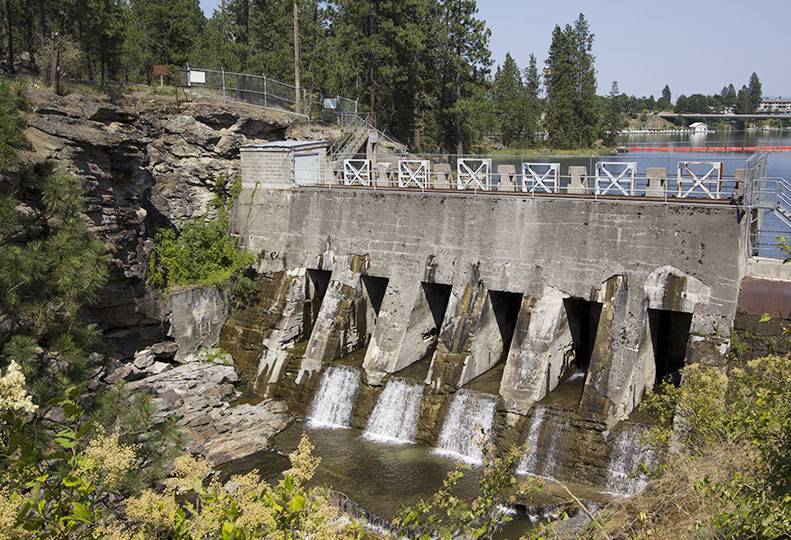 -—Avista Corp.
Improvements to the Post Falls Dam will be one of the more visible projects Avista will undertake this summer. 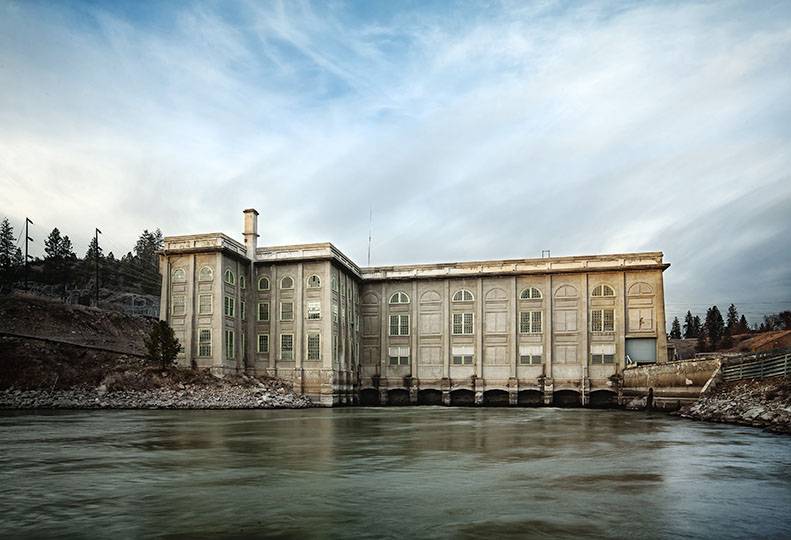 -—Avista Corp.
A $56 million powerhouse redevelopment project is in the works at Little Falls Dam, a few miles downstream from Lake Spokane on the Spokane River.

Avista Corp. has several big capital projects totaling $235 million in value in various stages of planning and construction this year in the Spokane area.

They range from a $1 million gas-line connection replacement project to an $80 million computerized customer service project, and include major work at three hydroelectric dams on the Spokane River.

While one of the largest projects in terms of dollar value will be the Compass integrated customer-service and work-management system, which the Spokane-based energy company plans to launch this year, it also is designed to be invisible to the customer, says Larry La Bolle, Avista’s director of federal and regional affairs.

When Avista put its current computerized system in place 20 years ago, it was connected to three other systems, La Bolle says. Today, it’s integrated with more than 100 computer systems and applications.

“It’s the oldest system of its kind that we’re aware of, at least on the West Coast,” La Bolle says.

The budgeted cost for the Compass system mostly is for labor, he says. About 120 Avista employees, along with several contractors, will work on the system installation. While much of the work will take place in the Spokane area, some will be conducted across the U.S., and some programming requirements will be handled overseas, he says.

La Bolle says he expects the Compass installation and integration project will be completed by the end of the year. For the most part, Avista is hoping and planning for a seamless transition to the new system that will go unnoticed by customers.

The Compass system will have the flexibility to allow more options and add more customer services in the future, La Bolle says.

Debbie Simock, an Avista spokeswoman, likens the customer-service and work-management system to the heart of Avista’s operations.

“The company is doing a heart transplant,” Simock says.

Avista’s impending upgrade of the 106-year old south channel dam at the Post Falls Dam complex will be perhaps the most visible, though not the largest, project in terms of cost this year, says Andy Vickers, Avista’s director of generation and production.

The $13.5 million project will include replacing the original concrete structure that helps control the water levels of Lake Coeur d’Alene and parts of the Spokane, Coeur d’Alene, and St. Joe rivers.

Most work on the project will be completed this year, Vickers says.

Work will begin after spring runoff, when Lake Coeur d’Alene and the upper Spokane River are at their summer pool levels.

A temporary structure, called a coffer dam, will be constructed upstream from the south channel dam to enable Avista to dewater the old structure for the duration of the heavy concrete removal and replacement work. The coffer dam also will provide a platform for a heavy crane that will be needed for the project, Vickers says.

The project has been put out to bid, and Avista is negotiating with a contractor to finalize details and schedule the work.

Denver-based AECOM is the civil engineer on the project, and Avista is designing some of the electrical controls in-house.

The Post Falls Dam system consists of three dams where the Spokane River splits into three channels in the city of Post Falls. The north and south channels have spillways to help control water levels, while the center channel generates 18 megawatts of electricity.

Simock says one megawatt of electricity is roughly the amount of power it takes to provide service to 750 homes.

Elsewhere here, Avista is in the midst of an $80 million redevelopment project at the powerhouse at Nine Mile Falls Dam that will include replacing generators and turbines.

Installation of the new generators is scheduled to start this summer, and they’re scheduled to go on line by the end of 2015, Vickers says.

The Nine Mile project also includes constructing a 5,000-square-foot warehouse to be consistent in design with the powerhouse, which is listed on the National Register of Historic Places, he says.

Spokane-based Lydig Construction Inc. is the contractor on the warehouse portion of the project, and ZBA Architecture PS, of Spokane, designed it.

At Little Falls Dam, a few miles downstream from Lake Spokane on the Spokane River, Avista has a $56 million powerhouse redevelopment project in the works. Work started there last year and is scheduled to span eight years, Vickers says.

The project includes replacing two of four turbines, all four generators, and upgrading and replacing other electrical equipment.

“An increase of even a few percentage points can make a big difference over time,” he says.

The dam generates 36 megawatts of electricity.

H2E Inc., of Liberty Lake, is the engineering consultant on the project.

The company plans to replace 6.7 miles of pipe in a $3 million project on the North Side, says Michael Whitby, Avista’s gas-line replacement manager.

The project area will include the Woodridge neighborhood on the east side of Indian Trail Road north of Shawnee Avenue, Whitby says. He adds that the project will involve some open trench work, although Avista plans to use less invasive methods to replace the 2- to 4-inch plastic pipe where feasible.

Avista has a pipe-replacement project similar in scope scheduled for next year on the west side of Indian Trail, also north of Shawnee.

The company also has scheduled a $2 million project for this summer that will involve rebuilding 1,500 connections between main gas lines and individual service lines.

Most of that work will be conducted in north central Spokane, although portions of the project will extend north to the Mead area, south to the South Hill, east to Felts Field, and west near Spokane International Airport, he says.

Phoenix-based NPL Construction Co., which has operations here, is the contractor on the gas-line projects.