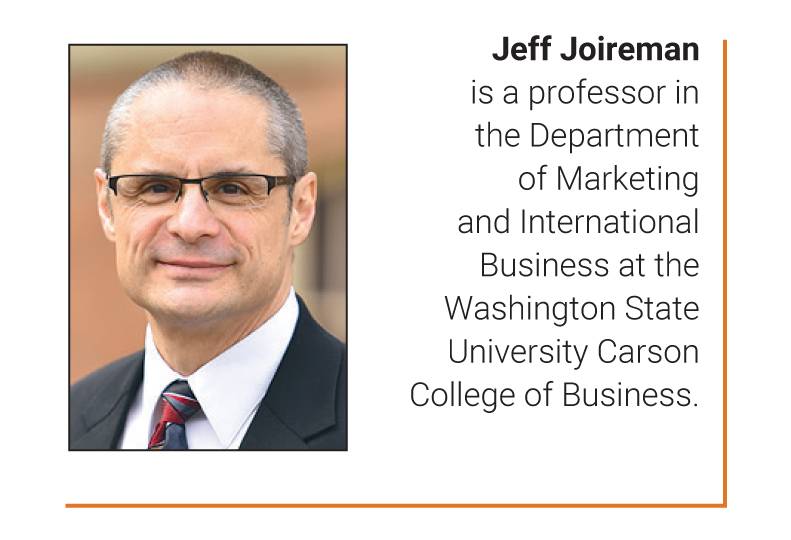 Americans love donating to charities. Charitable giving continues to grow in popularity as online donation platforms make it easier than ever to give.

In addition to benefitting charities, charitable giving can lead donors to experience a “warm glow of giving.” Unfortunately, that doesn’t always occur.

It’s not too surprising to learn that donors are upset by a charity that uses their donation for a noncharitable cause, such as overhead. But how might donors feel when a charity redirects their donation to another worthwhile cause?

To understand how donors respond when they learn their donation has been used for a project that they did not prefer, my colleagues and I conducted studies exploring how redirected donations are seen as a service failure by donors. The research shows that when people learn a charitable contribution they earmarked for a specific project was redirected to another cause, they feel betrayed and will punish the charity, even when their donation was directed to another good cause.

Service failures are most common in retail and customer-service industries, like restaurants and hotels, and occur when customers perceive that performance falls below their expectations. When this happens, consumers are often angry, dissatisfied, and feel a sense of betrayal. Our research shows that the same process occurs when a donor feels let down by a charity.

After learning their donation was redirected, donors were less likely to give money to the charity in the future or volunteer to help the organization and were more likely to say negative things about the charity and switch to a different charity.

Our research is especially relevant in light of the growing popularity of donor-to-recipient charities, which allow donors to choose which projects they would like to support, such as building a water well in a Ugandan village or helping a Costa Rican entrepreneur open a coffee business.

When it comes to redirected donations, our work suggests that donors believe charities have a moral mandate to use donations as intended. For example, in one study, we found that respondents felt most upset when their money was directed away from projects considered essential to survival. Specifically, if someone intended their donation to be used to finance a drinking water project, and it was used to build a library instead, they experienced a higher sense of betrayal than if a donation intended to finance a library was used for a water well. In both instances, however, respondents indicated they wouldn’t support the charity in the future.

These results suggest that charities are viewed as “moral actors” by the public and, as a result, are held to higher standards for appropriate action. These heightened expectations, in turn, magnify a donor’s sense of betrayal when a charity redirects their donation to a different project. With this in mind, what might charities do to prevent upsetting their donors?

In today’s information age, stories about charities redirecting funds can go viral easily and permanently damage the charity’s reputation. In order to maintain donors’ trust, it is imperative that charities are transparent about when funds are redirected.

Charities must also be as communicative as possible, and keep in mind that redirected donations are similar to a service failure. When funds are going to be redirected, charities should make it a priority to apologize to donors, explain the redirection, and express empathy (shared disappointment) with the donor rather than trying to frame the change as good news.

The practical implication of these findings is clear: once a donor commits funds to a given project in a specific location, the charity should honor its promise to carry out that project. Charities should be especially careful to avoid redirecting funds away from projects deemed morally imperative, or meeting basic physiological needs, such as the need for clean water.

The biggest takeaway for charities? Use donor funds as intended.