Lack of supply leads to affordability issues and ‘lost opportunity’ 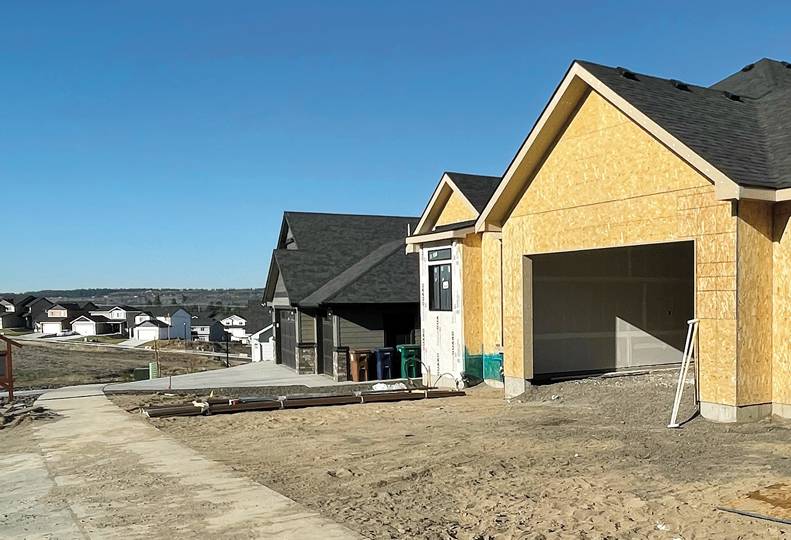 The housing market in Spokane County was underbuilt by nearly 32,000 living units during the 2010s, a market needs assessment report concludes.

The report is a culmination of analyses and studies completed by local, regional, and national economists, representatives of social service sectors and Realtor associations, all of which wanted to take a deeper and more comprehensive look at the current low-supply, high-demand dynamic in the Spokane County housing market.

For the purpose of the report, housing units include apartment units and other rental and multifamily units, in addition to single-family homes, says Darin Watkins, governmental affairs director for the Spokane Association of Realtors.

“What I think it all spells out is lost opportunity,” Watkins says of the report’s findings. “You have people out there actively looking for a home, and the market continues to escape them. Every day, prices continue to go up.”

Born out of the Spokane Regional Housing Needs Summit hosted by the Spokane Association of Realtors in February, the 44-page report says Spokane County from 2010 to 2019 underbuilt 31,920 residential units and in the process missed out on $6 billion in employment and wages and another $1.1 billion in immediate and ongoing tax revenue, the report says.

Says Watkins, “The $6 billion is a conservative estimate based on the national average of what it would take to pay those people who are involved in contributing to the building of each underbuilt housing unit.”

“They looked at how many people we have and how many homes we built in the last decade to help get to the difference in the amount of homes that were underbuilt for the Spokane market,” he says. “When those factors were added in, then the numbers made more sense to us. We knew that we were underbuilt, but that was a startling number to us.”

Rob Higgins, executive officer at the Realtors association, says he was shocked when he first saw the conclusion the county was tens of thousands of housing units shy of being able to meet demand.

“I’m thinking in high-growth areas that might be the case – Austin, Texas, for example,” Higgins says. “But when I think of Spokane … we’ve never been real-high-growth. We’ve kind of been ho-hum in it.”

The report shows, however, that Spokane has been at the housing crossroads for some time, he says. Telecommuting as a result of COVID-19 and in-migration from people coming from pricier housing markets have played more recent roles in driving costs here.

Fueled in part by in-migration, 155 single-family homes, or 18.5% of the 834 homes sold in Spokane County since the beginning of March, were cash purchases averaging $371,000 per home, the Realtors association reports.

The Great Recession helped serve as the starting point for a lack of residential building in Spokane County, Higgins contends.

“Our builders lost crews, and those young people who were on those crews left for other professions, and they never came back,” he says. “Between a lack of labor, land, and expensive lumber, we’ve got ourselves a real brew, right now.”

The Realtors group now is casting an even brighter light on the challenge of affordable housing that it says has become a crisis for many across the county.

In the report’s introduction, Spokane Association of Realtors President Eric Johnson writes, “As Realtors, we are uniquely positioned to advocate for change. It is a responsibility we must now bear, to best serve our neighbors, our community, and our industry.”

According to the report, the county is experiencing the lowest level of housing supply in history, with just an 11-day supply of homes. A four-to-six-month supply represents a balanced market.

James Young, the director of the Washington Center for Real Estate Research, writes in the report that Spokane had long exceeded the rest of Washington for affordability, but in the past few years, that status has changed, especially for first-time homebuyers.

“Since 2017, it has become less affordable for first-time homebuyers in Spokane than the rest of the state,” Young notes.

The report also asserts the drought in housing construction has elevated cost burdening among 22% of homeowners and 48% of renters.

Cost burdening is defined as occurring when families or individuals pay more than a third of their incomes toward their total housing costs. Cost-burdened renters find it more difficult to save for a down payment to purchase a home.

Vange Ocasio Hocheimer, associate professor of economics at Whitworth University, writes in the report that a lack of affordable housing is driving an increase in rates of physical and mental illness and homelessness.

“Those considered to be severely burdened—spending more than 50% of their income on housing—now top 23% in Spokane County,” she notes.

“This represents roughly three-quarters of all new families,” Jones writes. Within the state, Spokane County’s largest source of in-migration is King County, followed by Stevens, Snohomish, and Pierce counties.

From 2018 to 2020, Spokane County’s population grew 1.5% annually compared with 1% for the city of Spokane, according to Jones.