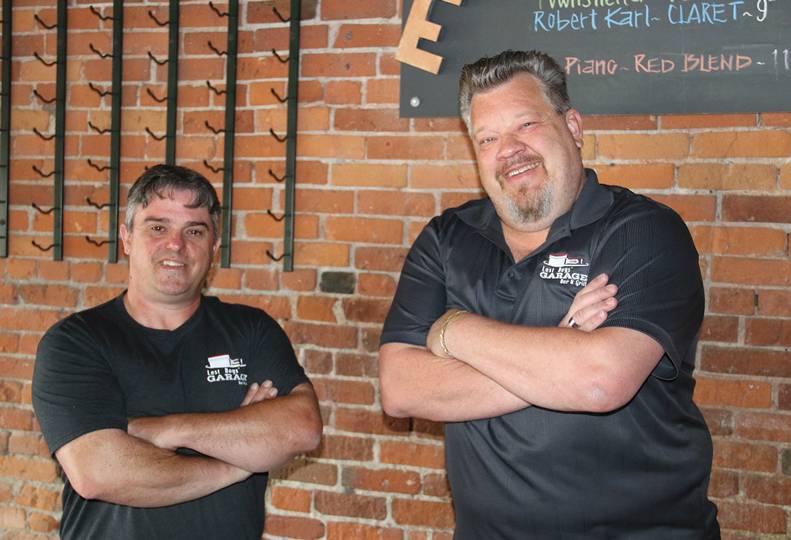 Looking to fill the void left behind by the former Lindaman’s Gourmet-to-Go, restaurateurs Kevin Pereira and Jhon Goodwin plan to bring The Summit-Kitchen & Canteen to Spokane’s South Hill in September.

“I was online looking at locations for another restaurant, specifically a place in the Valley, and came across the (former) Lindaman’s building and couldn’t believe it,” says Pereira, who along with Goodwin own and operate Lost Boys’ Garage Bar & Grill, at 6325 N. Wall, on the North Side.

“I figured that space would’ve been long gone,” he says of his search on the internet last year. “That’s an iconic location in Spokane.”

The duo signed the lease on May 7 for the 5,000-square-foot building at 1235 S. Grand Blvd. that’s owned by neighboring Cathedral of St. John the Evangelist Church, he says.

With hours of operation from 7 a.m. to 10 p.m. seven days a week, Pereira says Summit-Kitchen will feature a new coffee area with locally sourced coffee, handcrafted cocktails, a nonalcoholic cocktail menu, and 20 taps offering craft beer from across the Inland Northwest.

“We want to bring that same feeling of community that Lindaman’s offered the community,” he says. “And we also want to offer a variety of to-go menu items for the surrounding medical community.”

Demolition work to the interior started not long after Pereira and Goodwin signed the lease, he says.

“About 3,000 square feet will be dedicated to the dining and kitchen areas. There is a lot of room dedicated to office space and meeting rooms for clubs, businesses,” he says. “We want to see a lot of those community and neighborhood clubs Lindaman’s used to host to come back.”

The kitchen area has opened up considerably as there were several pieces of equipment left over that Pereia says Summit-Kitchen wouldn’t have a use for.

“We’ve gutted the inside,” he says.

The additional space will allow Summit-Kitchen to seat up to a maximum of 80 patrons, about a dozen more than Lindaman’s, says Pereira.

Pereira estimates Summit-Kitchen will have 16 employees at the outset.

He and Goodwin, both 50, say the idea to start their own restaurant began in the hallways of Ferris High School, in 1985, when they were freshman.

The pair debuted Lost Boys’ in 2015 in the former Stop N Go Drive-in  building about a block north of Francis. Pereira’s parents, John and Sue Pereira, formerly owned and operated the White Horse Saloon in Spirit Lake, Idaho; the former Elliott’s Tavern, in the Garland District in north Spokane; and the former Derringer’s, in Spokane Valley, near Interstate 90 and Pines Road