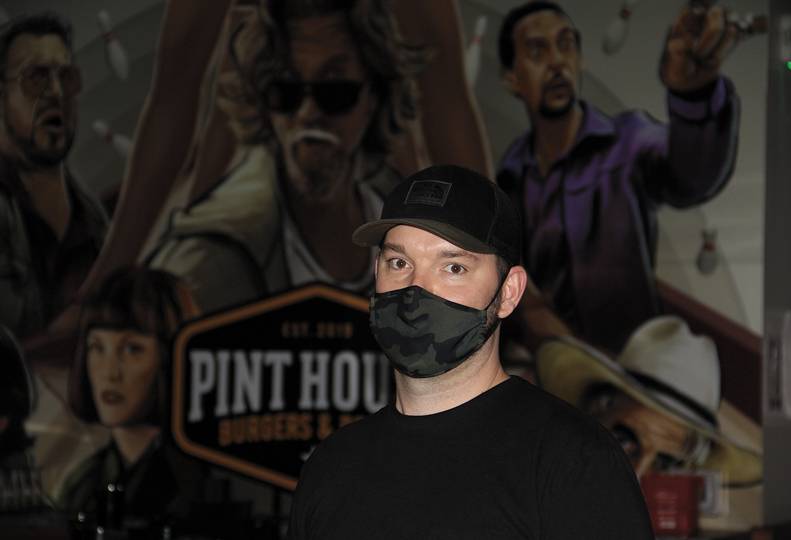 After repeated stops and starts in attempts to open in the face of COVID-19 challenges, restaurant owner Josh Blair is hopeful that his Pint House Burgers & Brews, at 3325 W. Indian Trail Road, is open for good.

With limited indoor dining open at Pint House since late February, Blair hopes to duplicate at his new North Spokane eatery the success that he achieved when he owned 24 Taps Burgers & Brews, at 24 N. Lincoln downtown.

Blair, who co-owns the Pint House with Tom Griffiths, is using the same concept at Pint House that he did at 24 Taps: a family restaurant with two-dozen, high-resolution TVs tuned to sporting events but with music playing through the expansive 5,500-square-foot building.

“This is a great neighborhood that just doesn’t have something like this,” Blair says. “I’ve never wanted to be a sports bar because it’s just too limiting of an audience. I want parents to feel comfortable bringing their kids in here for lunch or dinner.”

Though he has sold 24 Taps to Trevor Hoffman, a former 24 Taps employee, Blair maintained the rights to the menu, which features burgers, salads, sandwiches, and wraps.

While COVID-19 restrictions currently limit the Pint House to 50% seating capacity, the restaurant will be able to seat up to 210 at full capacity, after restrictions are lifted.

“People just keep thanking me for opening here,” Blair says. “It’s the ‘we’ve needed something like this for years here’ sentiment that keeps getting expressed.”

Pint House is north of a Yoke’s Fresh Market near the northwest corner of Francis Avenue and Indian Trail Road.

The current restaurant building once was divided into four separate retail spaces before Blair and Griffiths took over the lease to make room for the restaurant in 2019, he says.