State to kick in money when federal grant ends 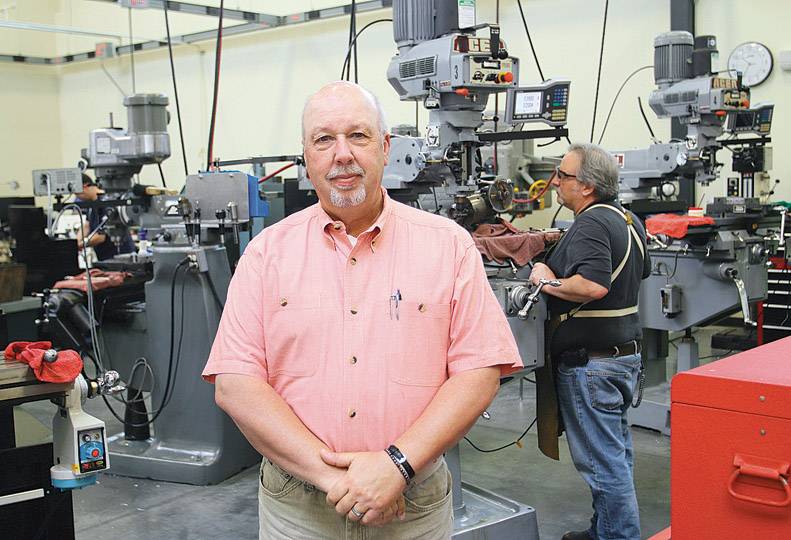 “The grant was a big wind in the sail,” Cox says. “But the (state) Legislature and the college recognized that this was good money put to use, which helped boost aerospace in the Spokane area.”

In 2011, the U.S. Department of Labor awarded $20 million to the Air Washington project—a consortium of 11 of the state’s community and technical colleges—for the purpose of strengthening the aerospace industry through workforce training.

Cox says the Washington state Legislature recently pledged to commit $400,000 annually to SCC’s technical education division for an indefinite period upon expiration of the federal grant at the end of September. It won’t be enough to cover the $1.1 million SCC’s program received during the course of the four-year grant, he says.

The grant enabled SCC’s technical education division to hire seven staffers who were added exclusively for the purpose of reporting to the Department of Labor, Cox says. Those positions were funded with federal dollars and will expire at the end of the grant, he says.

More than 2,600 workers across the state were trained in advanced manufacturing composites, electronics and avionics, and aircraft assembly and maintenance, the website says. The grant originally was scheduled to last three years, but due to its success, the Labor Department funded an additional year, which will expire at the end of September, Cox says.

Of those five occupational disciplines, CNC machining and welding are considered core occupations central to the aerospace industry, Cox says. Nearly half of the students —135 out of 290 students—in SCC’s technical education division, are training to be machinists or welders, Cox says.

Tuition assistance for students isn’t permitted under the terms of the grant. However, grant dollars were allocated for students who needed financial help to pay for tools to complete the training, Cox says.

“Students have to, at some point, come up with their own tools to complete their training,” he says. “For a lot of students, that is a huge obstacle to completing the program. We don’t see the kind of enrollment growth we’ve experienced without that grant.”

Stanton, one of 11 “navigators” statewide serves as a liaison between the local aerospace industry, SCC, and WorkSource.

“When people ask me what I do, I ask them, ‘What do you need?’ ” Stanton says. She says she’s helped more than 360 aerospace students in the last three years.

She has recruited students for enrollment into SCC’s technical education division and has helped the college in its retention efforts by making students aware of the financial support available through the WIA. She also has served as a job placement counselor, often nudging local aerospace employers to hire from the pool of SCC students looking for work, Cox says.

“None of this would look the way that it does without Mary,” Cox says. “You can throw money all over the place and it won’t go anywhere. But an effective navigator has the ability to tie it all together, the student to the college, the college to the employers, and the students to the employers. Her efforts have been huge for us.”

Stanton says aerospace companies here were initially reluctant to hire from applicant pools where job candidates had certificates and training but not prior work history.

Through WorkSource, Career Path and the WIA, Stanton advertised on-the-job training (OJT) and work experience (WEX) programs to employers to entice them to hire newcomers to occupations in the aerospace sector.

“The WEX and OJT are essentially try-it-before-you-buy-it programs in which WIA has the ability to reimburse the employer for a portion of the new hire’s salary,” Stanton says. “There are a lot of ways to sweeten the pot and make it difficult for the employer to say no to hire a new, retrained worker.”

Stanton says she often asked this question to employers: “Don’t you want someone fresh who you can train who doesn’t have old habits to break?”

Cox estimates that 70 percent—a low-end guess, he says—of those who completed training through SCC’s technical college have found work since the Air Washington grant became available. “Orders for the aerospace industry have picked up, and employers need workers,” he says.

“For those of us who are already here, the company is offering $1,500 bonuses for each machinist referral we submit that gets hired,” Stratton says. “It’s great. I’ve had three referrals get hired.”

Stratton, 32, is a former youth minister with an undergraduate degree in pastoral theology from Moody Bible Institute. A Spokane native, he and his wife and children were living in Oregon when they decided to move to Spokane. He was unable to find a steady income upon returning at the height of the Great Recession. “We went two years without a set income,” he says.

Stratton is an avid antique firearms collector and says he’s been working with composites and metals for most of his adult life. That’s when he began exploring machining as a possible career. He enrolled at SCC in the Aerospace Manufacturing Program (AMP) in the winter of 2013. He eventually earned a certificate in CNC machining and completed a three-quarter course in aerospace composites, he says.

“I went through the program and had a blast,” Stratton says. He says he’s now making more money than he ever has.

An entry-level machinist or welder without prior experience is looking at an average starting wage in the Spokane area from $15 to $19 an hour, Cox says.

Though Stratton didn’t want to divulge his salary, he did say that he and his wife recently were able to purchase a new home. “I love this industry and this company. They gave me a chance to prove myself and I believe that has helped me excel.”