Some companies report sales growth, while others adapt 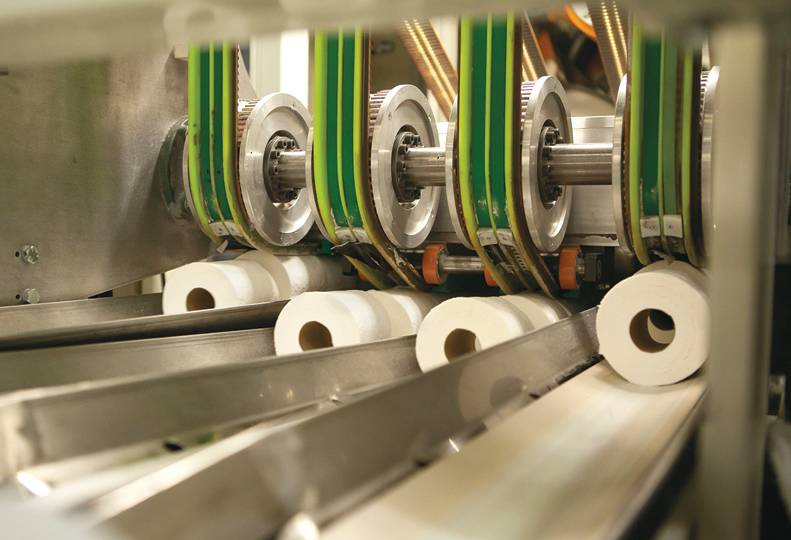 Shannon Myers never thought she’d be talking about toilet paper so much, even though she’s the spokeswoman for a company that makes it.

Though Spokane-based Clearwater Paper Corp. doesn’t have hard revenue figures yet for the first quarter of 2020, the improbable—somewhat inexplicable—consumer demand for toilet paper in the early days of the coronavirus pandemic has been a boost for the tissue and paperboard maker.

Speaking while working from home, Myers says she had just taken a call from a single individual who lives in the Bronx who persistently tried to place a toilet paper order from her. In the seven years as the company’s corporate communications director, she says, she had never fielded calls from people looking to buy toilet paper before.

“People can’t go out so they’re shopping from home,” Chopra says. “It was a strong month for the company.”

Sales of pet supplies and sporting goods increased by 40%, and home, kitchen, and grocery products rose 30%, while toys and art increased 20%, says Chopra.

While the virus’ spread and quarantine efforts to contain it have sacked entire swaths of the economy, there clearly are businesses not only surviving, but thriving, at this time.

Sheryl McGrath, the Spokane-based associate state director of the Washington Small Business Center, says she’s in daily contact with many of the agency’s 30 certified business advisers.

McGrath says there’s no shortage of silver lining stories taking place across Washington state. Due to confidentiality agreements set up with their business clients she declines to publicly identify them by name.

She referenced a Spokane County-based light manufacturing company that saw revenue increase so sharply in March that its owners are now in a position to purchase the land it currently leases.

“We hear so much of the challenges that we’re not focusing on the absolute collective excellence of our small business community,” McGrath says. “Many are working together to make the best of a bad situation where they can.”

She points to a local ag business that’s now making hand sanitizer and can barely keep up with orders. McGrath then cites a business in the mental health field that has seen demand explode for its virtual counseling services.

“They reported to us that their client load has tripled,” McGrath says.

“Luckily for us, we have an entire grocery store and are seen as a critical business,” says Sergio De Leon of their Mexican-style grocery stores. One of the company’s grocery stores is on the North Side, at 102 E. Francis; the other in Spokane Valley, at 15530 E. Sprague.

“It keeps a few people employed,” DeLeon says, “We’re trying to continue instead of closing everything down during these troubling times.”

The De Leons, who founded De Leon Foods in 2005, continue to use other local businesses to be there for fellow small business owners.

“I think we should be supporting each other during these times,” he says. “Right now, there’s no such thing as competition. We call other businesses to see if they have additional produce that we can buy from them. Trying to survive this as a community may bring us even closer as a community and as a business community.”

The company had a total of 81 employees before closing its restaurants, De Leon says. That number now stands at 46.

“We’ve kept some of our cooks and managers to help with the to-go orders,” he says.

“We primarily work with architects, engineers, and local municipalities in the planning and development of parks and recreation and open spaces,” he says.

He says he’s hopeful the firm can withstand the economic downturn.

“If things eventually settle back in and we all get back to work, we really might not feel that much of an impact,” Tripp says. “However, if we have clients who start to pump the brakes and put on hold some longer-term vision stuff, then that could have a significant impact on us.”

But few businesses right now may be experiencing the kind of demand for products the way Clearwater Paper is.

“The heightened demand we’re seeing right now is for tissue, and the paperboard that’s used for food packaging and pharmaceutical products,” Myers says.

At this point, Myers says all evidence of an increased demand for specific paper products is anecdotal and comes from the company’s manufacturing plant operators across the country. First-quarter revenue reporting is still weeks away, she says.

A publicly traded company, Clearwater Paper is headquartered on the 11th floor of the Bank of America Financial Center, at 601 W. Riverside, downtown. The company has a total of 3,300 employees, with 120 located here, Myers says.

Clearwater Paper operates more than a dozen manufacturing plants in 14 states. The company’s website shows its greatest concentration of production activity is in Lewiston, Idaho, where it manufactures paperboard, tissue – which includes toilet paper. Clearwater Paper also has a chip and fiber facility in Lewiston.

Clearwater Paper has a total of five tissue papermaking facilities across the country, Myers says.

With an increase in production, the company has implemented safe-distance measures at all of its manufacturing sites and sent those employees who can work remotely to their homes, she says.

As a show of thanks to its employees over the course of the last month, Clearwater Paper gave each worker a case of toilet paper and paper towels, she says.