Building on south edge of University District to be renovated 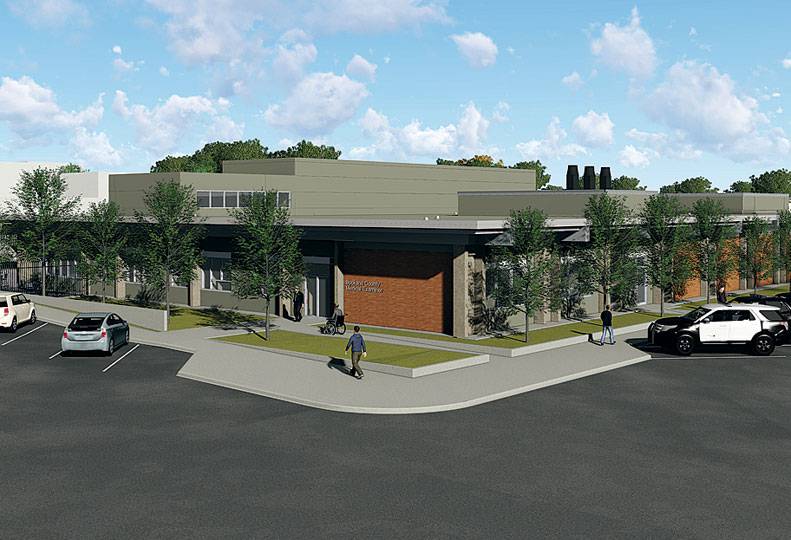 Spokane County is planning a $10 million remodel to a commercial building near the south edge of the University District, where it intends to move the Spokane County Medical Examiner’s Office.

The county purchased the 19,800-square-foot building at 102 S. Spokane in September 2017 for $2 million, with the intention of expanding it to a total of 24,400 square feet of space and converting it into the new state-of-the-art medical examiner’s facility.

Jared Webley, spokesman for the county, says no contractor has been selected yet, but the county plans to send the project out to bid in February, with the medical examiner slated to occupy the new space in January 2020.

The Medical Examiner’s Office currently occupies space at North Spokane Professional Building, at 5901 N. Lidgerwood, and houses its morgue at Holy Family Hospital. Webley says the operations outgrew current facilities a few years ago, which led to the purchase of the Spokane Street building, Webley says.

The Medical Examiner’s 2017 Annual Report states the office performed more than 500 autopsies in 2017.

The county already has appropriated $1.3 million from its real estate excise tax fund for the design phase of the project, which was awarded to Bernardo|Wills Architects PC.

The county plans to receive a $1.25 million state grant for construction funding and intends to use real estate excise revenue to cover the remaining cost, according to county Board of Commissioner meeting notes. Webley says however, this isn’t a final financing plan, and other financing sources are still being considered.

Updates to the Spokane Street building would include autopsy labs, refrigerated storage, a complete mechanical, electrical, and plumbing overhaul, and the construction of a staff parking sliding security gate and 8-foot masonry security wall, as well as a 700 square foot drive-thru sally port, according to preliminary plans.

Site plans indicate the sally port would be located on the west side of the building. A sally port is a secure, controlled entryway to a building, often used in prisons or military fortifications.

Webley says the new facility will accommodate up to seven autopsies at a time and will be set up to provide better imaging capabilities and improved body storage.

Webley says the current facility is no longer compliant with codes and requirements set by the National Association of Medical Examiners, and the office’s accreditation with that association could be in jeopardy.

The accreditation program is a peer-review system that works to improve the quality of investigations involving medical law. An accreditation status is intended to provide an endorsement of quality and integrity and increases credibility in courtroom testimonies.

According to the medical examiners association’s website, of 2,342 death investigation systems in the U.S., only 82 currently are fully accredited. Spokane County received accreditation in May 2014 and is scheduled to reapply this year.

An accreditation checklist is typically 30 pages long and covers 350 items, a large portion of which involve facility, staffing, and storage requirements.

As previously reported by the Journal, InterDecor Inc. moved to 102 S. Spokane from its previous home at 44 W. Riverside in 2009 when the city of Spokane purchased and demolished its former building for the construction of Martin Luther King Jr. Way.