Screenwriter says such a facility could handle overflow from Southern California 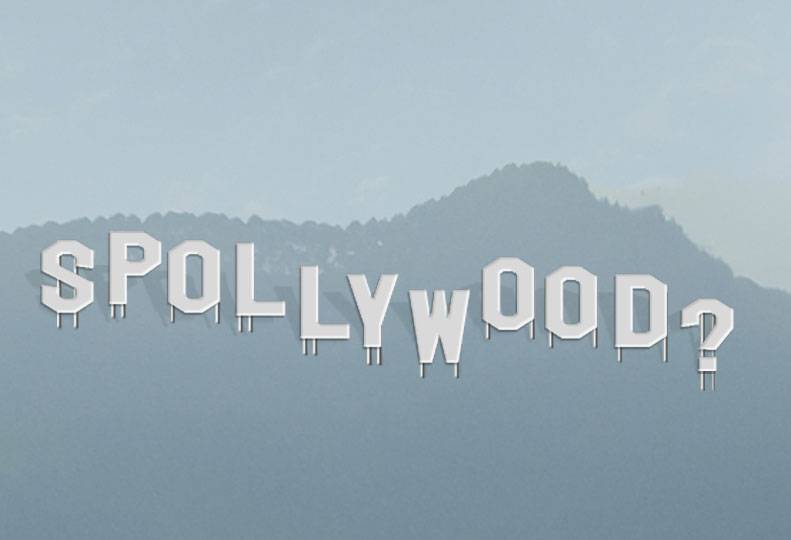 A local screenwriter says he’s pitching to his Spokane and Hollywood contacts the idea of building dedicated warehouse space here for movie and TV production to help clear a mounting backlog of entertainment projects in Southern California.

Jason Farley, 42, thinks Spokane is ready for 40,000 square feet of warehouse space to be used for soundstages.

Farley, with the help of Jesse Fox, a commercial real estate adviser with SVN Cornerstone, are in the early stages of recruiting investors for a project they’re tentatively calling Inland Northwest Studios. They estimate it would cost $24.5 million to develop the project as envisioned.

Under the early plan, the studios would be located near the intersection of Flightline Boulevard and South Geiger Boulevard on 27 acres of land owned by Spokane Airports, which operates the nearby Spokane International Airport.

Woodard says Farley’s concept would be supported by existing nonstop air service to airports in Los Angeles, Orange County, and other connections from Southern California to Spokane.

The nearly 1,000 hotel rooms on the West Plains provide necessary temporary and housing to accommodate “the ebb and flow” of the anticipated business activity.

“We look forward to our continued discussions with INS about the project,” Woodard says.

It’s Farley’s goal to eventually incorporate Inland Northwest Studios as the business that would oversee construction and operation of the film studio.

Farley and Fox to date have targeted primarily real estate investors for the project and plan to solicit other potential investors in different sectors as the year goes on.

The project is far from having the requisite capital, as it has raised $100,000 in seed money, which is being used for investor recruitment, he says.

According to Farley, soundstages are soundproof, hangar-like buildings used for movie and television production on secured property.

With Hollywood unable to resume full-time production due to COVID-19 restrictions and a year’s worth of stalled projects with fates still hanging in the balance, Farley thinks Spokane could help alleviate pressure on the entertainment industry.

He got the idea early last year in conversations with his Los Angeles-based contacts.

“That’s when I realized the market is going to need more soundstages,” Farley says.

Farley, with a film credit to his name, is a Spokane native who returned here after developing a passion for writing that led him to screenplays while living in Los Angeles.

Under his business plan, the new Spokane studios would provide rentable space in the form of indoor soundstages, outdoor staging, and space for pre-production and production support, he says.

Farley says he was put in contact with Fox and SVN Cornerstone, which then helped facilitate conversations with Spokane Airports representatives, he says.

Based on their interest, Fox then approached Cortner Architectural Co., of Spokane, which has since developed concept images of a studio campus on the airport-owned land.

“He reached out to us through a mutual contact,” Fox says of Farley. “Quite frankly, we love the venture. Our part was to try to help find the right spot.”

Todd Coleman, executive director of the West Plains-Airport Area Public Development Authority, which does business as S3R3 Solutions, says he hasn’t been a part of any conversations related to Farley’s proposed idea but says, “Any warehouse space is good warehouse space.”

Coleman says the proliferation of warehouse space across the West Plains has helped spur job growth in recent years.

In the entertainment industry, soundstages are to movies and television what the assembly line is to industrial manufacturing. Most filming and production are conducted in studios with tens of thousands of square feet under roof that can be manipulated to mimic almost any setting, Farley asserts.

“These are large, empty controlled spaces where temperature and lighting is completely under your control,” he says. “You build the sets within the overall warehouse space. You can build a portion of a house, that backs up against the laboratory, and that’s next to the police station all under one roof to do the filming.”

Day can be turned into night in a matter of minutes, Farley says.

“It’s how most of the movie magic is created,” he says.

Farley’s proposal calls for erecting a pair of 35-foot-tall buildings with the ability for each to accommodate two 10,000-square-foot spaces, for a total of 40,000 square feet for movie-making space.

Within the four soundstages, production teams would build and dismantle sets to suit their filming needs. Each soundstage would also have dedicated office space for post-production teams, he says.

Under Farley’s plan, the first phase of the project would involve the construction of a single soundstage at estimated construction cost of $10 million.

“You need to get the first one up to begin bringing in clients,” he says.

Farley says he doesn’t believe there are any soundstages in Washington state dedicated to the entertainment industry. The most prominent soundstages in the Pacific Northwest are located in Vancouver, British Columbia, where COVID-19 restrictions also have brought the industry to a standstill.

Before the pandemic, Los Angeles-based soundstages were 97% booked and those in Vancouver were at 96% capacity, Farley says.

In Hollywood, space is one of the most valuable commodities, he says.

“There is so much involved in the making of a movie or a television show,” he says. “You’ve got actors, crew, and the ‘circus.’”

It’s the circus – auxiliary personnel involved in positions responsible for costumes and makeup, for example – that constitute the lion’s share of staff on any given set, Farley says.

“If you’re filming at a soundstage in downtown Vancouver, you’re parking your circus anywhere from a half-mile to a mile away and having to shuttle them to the soundstage because there’s not enough room to house them,” he says.

“We’ve purposefully designed this site to be able to house all the circus in one location,” he says.

Farley’s first movie credit is for “Sasquatch,” which he characterizes as a family adventure filmed in the Pacific Northwest.

“It was a Goonies-style adventure, but it was a (film production) company that realized the benefits of the Pacific Northwest,” he says.

Another script, which was scheduled to be produced by Netflix last year, was a COVID-era filming casualty when the option expired on March 9, 2020, he says.

Farley says he also serves as a collaborator and editor for a number of film production companies he declines to identify.

At the same time, Farley, a husband and father of two children, also has an affinity for business.

A Ferris High School graduate, Farley says he spent his summers in the early ’90s helping his father load and unload electrical vehicles.

“I did bookkeeping for him and came to understand what it meant to be a business owner,” he says.

In 2010, Farley founded his own publishing company, Jovial Press, which focuses primarily on children’s books and poetry and some fiction, he says.