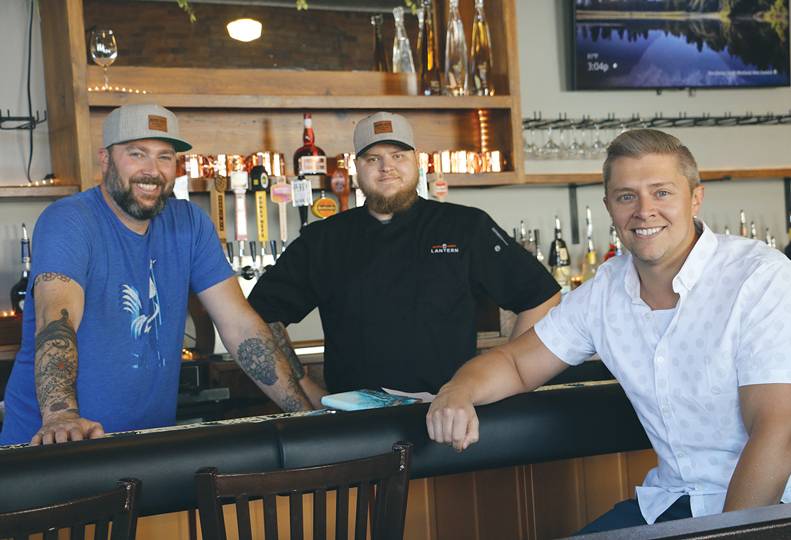 Spokane restaurateur Jeremy Tangen just can’t stop himself. Saddled with a passion to open new restaurants, Tangen is about to debut his sixth endeavor in early July.

The South Perry Lantern will occupy 2,200 square feet of leased space at 1002 S. Perry, in the South Perry District, on Spokane’s South Hill. The Lantern will offer seating for up to 100 patrons indoors with an additional patio setting that can hold 40, Tangen, says.

“When I say ‘close’ we’re talking the traditional 2 a.m.,” Tangen says. “But we also want to be a good neighbor and let the community determine when ‘close’ is,’’ says Tangen, who adds that he also is a resident of the district.

“The goal here is to have a comfortable, classy tavern and bar that’s pleasing and inviting,” Tangen says.

Bar and restaurant manager Isaac Gordon says while the Lantern will feature 14 different beer taps, at the outset, there will be a strong emphasis on whiskey-based craft cocktails.

“A lot of the direction we’ll take will be based on the palate of the customers to start,” Gordon says.

Tangen says the Lantern also will have a pair of its own wine blends on tap, one of which will come from Barili Cellars and the other from Overbluff Cellars.

The Lantern will offer the Mug Club, a feature for regulars as they can be outfitted with their own 20-ounce mug on each visit. It also will have a Buddy Board—a pay-it-forward feature in which a customer can buy a drink for a friend—or even Lantern staff—on the recipient’s next visit, Tangen says.

South Perry Lantern will have a dozen to 14 employees to start, one of whom is head chef Alex Szambelan.

The restaurant’s signature dishes will include a classic fish and chips meal, and a duck dip sandwich made with roasted duck breast with smoked gouda, he says.

This time last year, Tangen opened The Red Wheel Bar & Grill, at 501 S. Thor, on the lower South Hill. At the time, he told the Journal: “I feel like this is going to be me and my partners’ last restaurant.”

Despite the challenges that are still plaguing the restaurant industry, Tangen says the general public’s desire to reemerge from months of sheltering in place is stronger than he initially imagined.

Tangen says the South Perry Lantern location had been home to the Perry Street Café, the Lantern, and Lantern Taphouse in the past.

In a lengthy Facebook post from May 19, Tangen attempts to clear any confusion that may have existed between his South Perry Lantern and the previous business owners, who listed the business for sale last year.

In addition to assuming the prior lease, Tangen Hospitality also paid for the rights to South Perry Lantern’s Facebook page, which the previous owner had sold to a third-party vendor, according to the Facebook post.