Blockchain technology makes its way into the Inland Northwest

Mechanism supporting cryptocurrency said to be alluring to some 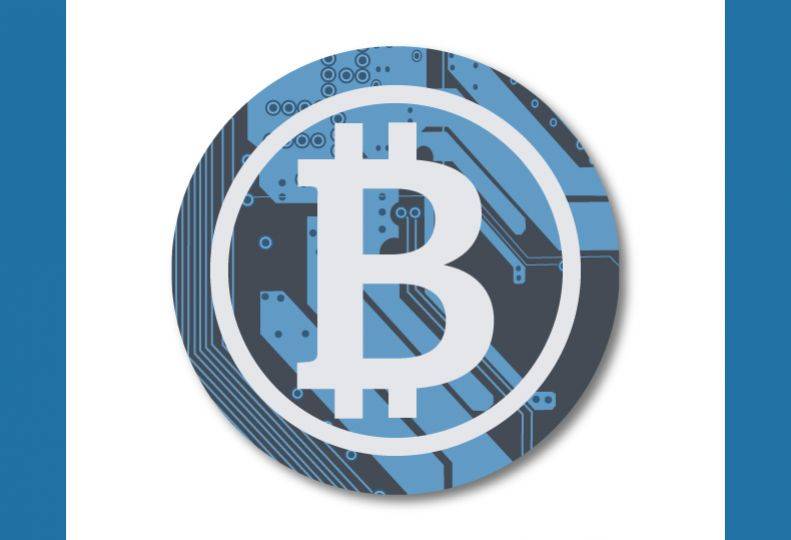 Christopher Armitage, co-founder and co-owner of West Plains-based cleaning business Armitage Cleaning LLC, predicts that 10 years from now blockchain technology will be so omnipresent in society that people will use it daily without even appreciating how much it’s changed their lives.

Before then, though, Armitage says blockchain technology “will hit some people, such as bankers, like a ton of bricks.”

Blockchains are most commonly known as the foundation of cryptocurrency, the first of which was Bitcoin, launched in 2009.

A recent Forbes magazine article describes blockchains as secure distributed databases that preserve ordered lists of records, called blocks, which can’t be changed. Each block contains a timestamp and links to an earlier block. A distributed database isn’t connected to a common processor, decentralizing the technology.

People access their blocks with digital passcode “keys,” Forbes says. Only the block owner and whoever the owner chooses to share the key with have access to the block.

Armitage has been investing and using cryptocurrency since 2016. He describes cryptocurrency as “money 2.0,” a peer-to-peer form of alternative currency.

Other than Bitcoin, popular cryptocurrencies include Ethereum, NEO, and Litecoin, he says.

Armitage Cleaning handles commercial and residential cleaning. Established in September, the company currently operates out of a home base and has five part-time employees. The other co-owners are Geno Barnett and Hannah Lunt, and the company has a projected 2018 revenue of $250,000.

The business accepts cryptocurrency as a form of payment.

“It’s a valuable tool. We believe it’s part of the future, so it would seem silly not to accept it, really. We’re just ahead of the curve,” he says.

Cryptocurrency can be converted into physical dollars through currency exchange services like Gemini. Armitage says he’s paid employees in the cryptocurrency of their choice at their request, using whatever the U.S. dollar exchange rate for that cryptocurrency is that day. Most of the time, however, employees receive a conventional paycheck.

Zach Doty, CEO of Hayden-based Smart Law LLC, claims the growth in popularity of blockchain technology is due in part to its potential uses beyond cryptocurrency.

Blockchains have “seen an exponential surge of adoption as the technology gets easier and better to use,” says Doty. Smart Law works with “smart contracts” via the Ethereum network to transfer real-world assets, particularly real estate, through blockchain technology.

Graham Jenkins, vice president of Smart Law, says smart contracts are essentially digital equivalents to legal contracts that can be used to exchange or transfer assets between digital users or entities.

Jenkins says the company currently is developing two products, DexRE and LiquidRE, using blockchain technology. The products, which will use a new cryptocurrency-like token, can be held in a digital wallet and transferred to another individual that also has a digital wallet. The token will be tied to the U.S. dollar.

Smart Law is still in the prototype stages with these products and is planning to launch DexRE by the end of April. DexRE will enable people to buy, sell, trade, or transfer property using blockchain technology.

When that transfer takes place, Doty says, the new holder of that token is also the owner of the piece of real estate tied to it. In sum, the company turns real estate into digitally tradeable resources.

“I think that’ll blow people’s minds that you can make a one-click purchase of real estate,” he says, “And it’s a good taste of what’s to come.”

Located at 2147 W. Hayden, Smart Law opened in December and occupies about 2,500 square feet of space. The company employs 10 workers locally and another 10 to 15 remotely. Recently, Smart Law received roughly $5 million from investors, he says. Half is from Doty, and the other half is from a partner in Israel.

Although Smart Law emphasizes real estate contracts, any type of information can be encrypted into a block, he says.

“In the future, everything can be that simple if you apply blockchain technology to it,” claims Doty.

Martin Russell, CEO of gaming bar GeeksNGlory LLC, has been interested in blockchain technology since 2012. In 2014, he started mining for Bitcoins and now he hosts free workshops every other Tuesday at 7 p.m. at the bar, at 6710 E. Sprague. The next workshop is on March 28. Attendance varies between six to 15 people but is still growing in size, he says.

Armitage describes mining as the computing and processing power required to update that particular blockchain worldwide.

Russell says cryptocurrency “is the new thing that everyone is interested in, so there’s a lot of hype and misinformation out there … it’s really important to educate people.”

The workshops aim to educate people on different cryptocurrencies and blockchains in the market and also the differences between them, but they’re also forums through which people can network with others interested in blockchain technology.

Like all innovation, blockchains and cryptocurrencies have their own share of risks, Russell says, adding that cryptocurrency scams are prevalent.

Armitage says it’s important for would-be blockchain users to look for scams, which are easy to create. Detecting them can be difficult. Some things Armitage says people can do to try and avoid scams is to: rely on known cryptocurrencies, see how easy it is to research the company and creators, who is connected to the project, look at the market capitalization of industries the developer is trying to break into, and if the developer talks about getting rich quickly.

Armitage, Jenkins, and Russell all say cryptocurrency is a volatile form of money right now.

Part of that has to do with how young the currency is, says Armitage—the market is more easily affected by a single individual than other forms of currency.

A bit more hypothetically, Armitage asserts the emerging field of quantum computing, which theoretically has potential to be exponentially more powerful than conventional computing technology, could prove problematic in the future, if it successfully cracks blockchain encryption.

“If that happens, the internet will have a much more challenging set of problems,” claims Armitage. “If you can beat the cryptocurrency encryption, you can beat any password on the internet.” However, he says, there are other security options, including two-factor authentication, to negate quantum computing.

Jenkins says cryptocurrency-not necessarily blockchain technology in general-can have a negative connotation due to both its decentralized nature and some people abusing the technology.

“It’s such a Wild West that it’s hard to predict anything,” he says, “but I do predict that Bitcoin itself won’t win out.”