The closing chapter on the Metropolitan Mortgage saga 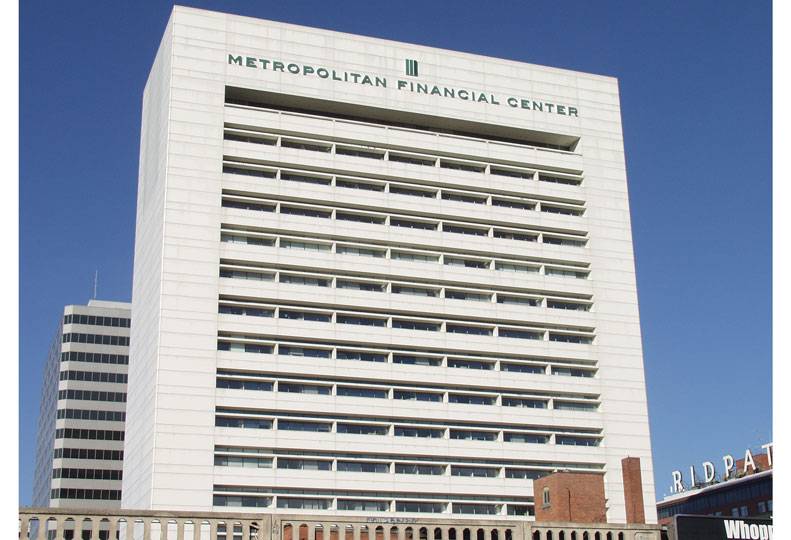 U.S. Bankruptcy Court trusts have issued what might be the final payments to investors who lost hundreds of millions of dollars when Spokane-based Metropolitan Mortgage & Securities Co. and affiliate Summit Securities Inc. shut down nearly two decades ago.

The latest distribution checks mailed to beneficiaries by the Metropolitan Creditors’ Trust and Summit Creditors’ Trust totaled nearly $13 million, according to an accompanying Dec. 16 letter of explanation from Maggie Lyons, Coeur d’Alene-based trustee and plan administrator for both trusts.

The lone opportunity for investors to recoup a relatively small additional amount of their money depends on the outcome of a pending $29 million claim Lyons has filed in a Utah-based Chapter 11 bankruptcy case involving convicted fraudster Theodore Lamont Hansen.

Hansen, 50, of Highland, Utah, was sentenced last month to 48 months in federal prison after pleading guilty to money laundering and bank fraud. As part of the sentence, he also was ordered to pay more than $1.4 million in restitution, unrelated to the bankruptcy court claim, but he is believed to have substantial additional assets that potentially still could be tapped to pay investors.

The Metropolitan trust claim against Hansen stems from a 2007 judgment that Metropolitan affiliates Old Standard Life Insurance Co., Western United Life Assurance Co., and Old West Annuity & Life Insurance Co. obtained against Hansen over Utah real estate-related loan guarantee defaults. The original judgment amount was for about $12 million, but contractual post-judgment interest has caused that figure to balloon in the years since then.

The Metropolitan Creditors’ Trust’s latest distribution, its ninth overall, totaled $11.7 million, according to Lyons’ letter. Including this distribution, payments totaling a little over $133.4 million have been made to Metropolitan beneficiaries, equal to about 36% of total dollars of claims filed in that bankruptcy.

For the Summit Creditors’ Trust, this was the seventh distribution and totaled $1.3 million, Lyons says. Including this distribution, payments totaling $26.3 million have been made to Summit beneficiaries, equating to a total recovery of about 17.5% for each dollar of claim filed in the Summit bankruptcy.

“It’s tragic that it has taken this long,” says Lyons, reflecting on the many years that have been needed to recoup as much of investors’ money as possible. What has been “really sad,” she says in a lament she has mentioned before, is the many elderly investors who have died before the recovery process could be completed. She adds, “There’s no making anybody feel good about this.”

Spokane attorney P.J. Grabicki, longtime legal counsel to the Metropolitan Creditors’ Trust executive board, says most of the assets the Met trust was tasked with liquidating had problems or complications of one sort or another, which was a key factor in the delays. The sharp decline in real estate values and demand caused by the Great Recession also substantially slowed the liquidations, he notes. He adds, though, that he feels good about the overall amount of money that the trusts ultimately were able to recover.

An 81-year-old investor in Laurel, Mont., who serves on the Metropolitan Creditors’ Trust board but asked not to be identified by name, commends the attorneys.

“I think we all should be thankful to them for what we did get back,” she says.

The woman says she and her now-deceased husband were among Metropolitan’s earliest and largest investors. When the company collapsed, she says, “We lost $500,000.” She adds, “We brought our whole family into it, so my whole family lost money.”

She and her husband both were still working back then and weren’t wiped out by the loss of that money or the previously strong dividends they had been receiving, but she says she’s aware that many investors suffered greatly.

Lyons says in her explanation letter to beneficiaries of the two trusts that the latest checks sent to them represent the final payment of proceeds from real estate sales, as well as from the liquidation of other financial assets to date. Investors will receive final grantor letters for 2020 in March of this year, she says. Grantor letters are annual tax forms the trusts issue. Investors can use the forms to report their proportional share of the income and loss that is included in the annual tax return for the two creditors’ trusts.

Lyons says the trusts will maintain their office and continue to operate through April in order to file final tax returns, issue the grantor letters, and wrap up other administrative matters with the bankruptcy court.

The trusts won’t terminate formally on April 30, however, due to the pending claim in the Utah bankruptcy case, Lyons says. Instead, the plan is to extend the trusts’ termination date for an additional two years and to keep them basically in “hibernation mode” to monitor the prospects for a financial recovery, she says.

Metropolitan and Summit initiated bankruptcy proceedings in February 2004, and the two trusts were established following a bankruptcy-organization-plan confirmation about two years later.

The collapse of the Metropolitan conglomerate, estimated at one point to be worth about $2.3 billion, was shocking to many investors who had long regarded its real estate-based offerings as a safe and conservative investment option. Many of those investors, though, ended up losing substantial portions of their anticipated retirement savings, and several hundred employees of the two companies and their subsidiaries lost their jobs.

Metropolitan’s demise, which included vacating its 192,000-square-foot, 18-story headquarters building at 601 W. First downtown, was somewhat of a precursor – “the canary in the mine,” using Lyons’ analogy – to the subprime mortgage-kindled financial industry crisis that swept the country soon thereafter.

Metropolitan, Summit, and affiliates had amassed numerous and widely scattered real estate assets, the liquidation of which proved a monumental task for the trusts. They originally were scheduled to terminate in February 2011, but twice were granted five-year extensions.

The large number of elderly investors who died while waiting to recover some of their lost money left their heirs as the recipients of the final incremental payments. As a result, the beneficiary pool has grown in size substantially over the years, now including about 14,000 people.

The pending $29 million claim against Theodore Lamont Hansen is just the latest of many intriguing – and, for investors, no doubt frustrating – twists in the lengthy Metropolitan-Summit post-bankruptcy saga.

Hansen’s federal prison sentence resulted partly from his misuse of investor funds that purportedly were to be used to buy a water park in Provo, Utah. The bank fraud conviction stemmed from a large check-kiting scheme involving Bank of the West and Deseret First Credit Union.

In a sentencing memorandum, federal prosecutors described Hansen as “a prodigious fraudster whose only real occupation is convincing others to give him money and property.”

He had been convicted earlier by the state of Utah for selling unregistered securities and had been placed on probation for 36 months. As a part of his conditions of release, he was required to disclose to any prospective investor in writing that he had about $45 million in outstanding judgments against him – something he failed to do in the case brought by federal prosecutors and that resulted in his prison term. The $29 million claim on behalf of current creditor OSLIC Holdings LLC, a company created and owned by the Metropolitan and Summit trusts, represents by far the largest of those outstanding judgments. The assets and liabilities of Old Standard Life were transferred to OSLIC Holdings in 2014.

In announcing Hansen’s federal prison sentence last month, Utah’s U.S. Attorney John W. Huber referred to Hansen in scathing terms, saying he had made “a lifestyle of fraud – whether it was fraud against investors or fraud against a financial institution.”

Lyons and Grabicki say it’s impossible to predict the likelihood of recovering any money through the claim against Hansen, but given the amount of money at stake, they believe they have a fiduciary responsibility to pursue the matter.