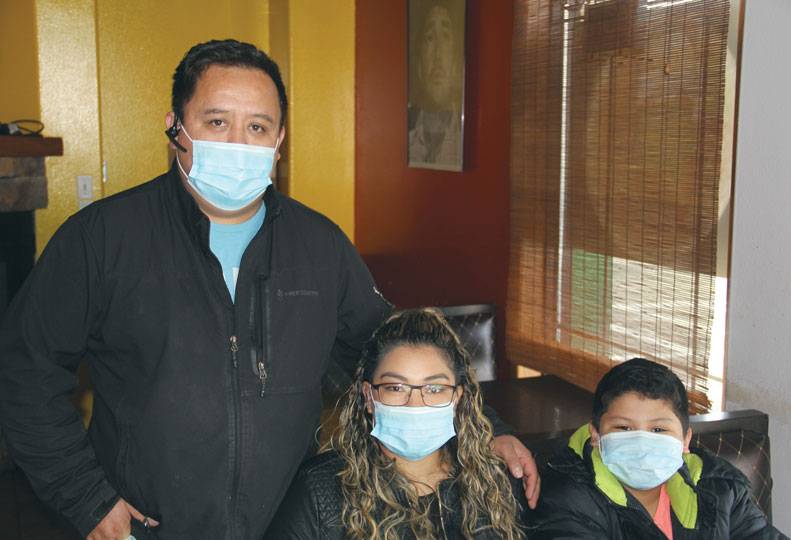 -KEVIN BLOCKER
Gerardo’s owners Juventino and Edna Garcia are joined by their son, Junior Garcia, at their North Monroe restaurant. The Garcias plan to open another North Side restaurant this summer.

Husband-and-wife duo Juventino and Edna Garcia plan to open another Gerardo’s Mexican Food restaurant, this one to be located at 1530 E. Francis, in north Spokane.

The Garcias opened their first Gerardo’s at 2706 N. Monroe, also just downhill from the Garland District, in 2013. The couple operates a Gerardo’s restaurant at 723 First, in Cheney, which they opened in 2015. The two restaurants combined employ a dozen people, and the couple anticipate having to hire at least a half-dozen employees to start the new restaurant.

The Garcias have agreed to lease the 1,400-square-foot standalone building on the southwest corner of Francis Avenue and Helena Street.

“We would like to be able to have some outside seating, and that’s one of the things we’re having discussions with the city and contractors about,” she says.

Like many restaurateurs in the era of COVID-19, the Garcias say they recognize the importance of enhancing their drive-thru, carryout, and outside dining capacities.

When asked to describe how business has been in the last year, Juventino Garcia says, “It’s sometimes up, and then I’m happy. And sometimes it goes down, and then I’m scared.”

The goal for opening the new restaurant at the heavily traveled North Side intersection is to provide greater stability to their restaurant business, he says.

Juventino says even the long-time regulars at the other Gerardo’s restaurants have been inconsistent in their dining-out patterns since early 2020 compared with the years before the pandemic.

Edna adds, “We need something to help us stabilize, and we think this might be a good way to do it.”

Juventino says he spent a decade as a construction worker after graduating from high school but always longed to own his own business.

“I wanted to succeed, you know, be successful for me and my family,” he says. “I realized I was always building things for others and finally wanted to do the same thing for myself.”